Very often we hear that if you wanted to eat healthy, you  have to do-it-yourself because your options are few and far in between. However, the landscape is changing and with awareness picking up, the F&B industry is listening and making an effort to bridge the gap and change the mindset that this approach to food is akin to “rabbit food / feeling like a cow /bland”. We look at some examples that are thriving in this segment of the industry.

HEALTHY & RAW IN MALAYSIA
Usually recognising whole almonds in its dark brown hue, we were intrigued with the paler coloured ones served to us at Ashley’s by LivingFood. It had a lighter flavour as well as more crunch to what we are accustomed to. Speaking to Phoebe Yiin, she explained that the almonds are organic and brought in raw. They soak them to release the enzymes before placing the nuts in the dehydrator to dry out before consumption. It is one of the ways in raw food preparation and at Ashley’s, it also means food is never cooked above 40°C to maintain maximum nutrients and a different taste and texture. 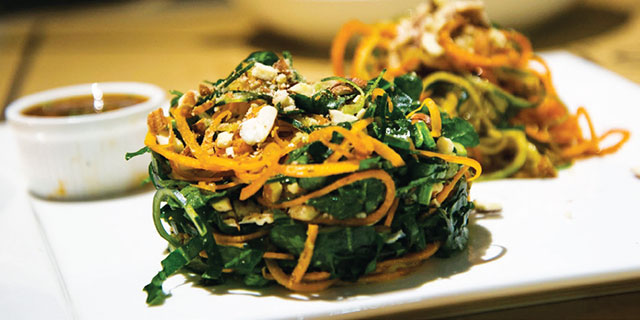 Although raw food was the fundamental idea of the restaurant, the family-run business knew that it was not sustainable in its operating landscape when it opened three years ago. Hence, Ashley’s (a nod to the chef’s name) angled their proposition to one of healthy eating and real food; including Western, Asian and Malaysian items using organic ingredients as much as possible alongside healthy preparation methods. The menu has meat dishes, vegetarian, pescetarian (seafood only) and of course, raw (living) foods.

Ingredient substitution is also an element; for example, those avoiding dairy can still enjoy a bowl of local ‘laksa’, made with almond milk which is also a lighter version than the traditional coconut milk. Cheeses are made with nuts and although definitely lighter in texture and taste than the real deal, it came close enough. Going gluten-free? Noodles can be replaced with spiralised vegetables and there are “cakes” interpreted likewise. The restaurant has different kitchens for hot cooking and raw food. According to Phoebe, some clients are discerning and quite strict about the raw lifestyle, preferring that their food be prepared separately; in terms of the use of utensils and environment.
In the beginning, it was not easy to source for niche supplies but the exponential rise of organic over the recent years has resulted in various intepretations on what it actually means; whether for the supplier or end user. Our question was; how does the business define organic? Phobe said, “our organic ingredients’ suppliers do not use pesticides, do not apply irrigation practices (artificial application of water to soil) and either do not use fertilisers or use organic fertilisers”, adding that it was important for the business to personally know
their suppliers, ensuring that they are like-minded. Meats served are also organic and grass-fed and for seafood, their father would make trips back to their hometown of Sarawak to get them, saying they taste better.
For a restaurant born out of an interest for the raw lifestyle and healthy eating in a nation that loves food, but not necessarily in these terms, the Yiin family’s boldness to go against the tide 3 years ago is definitely bearing fruits today. 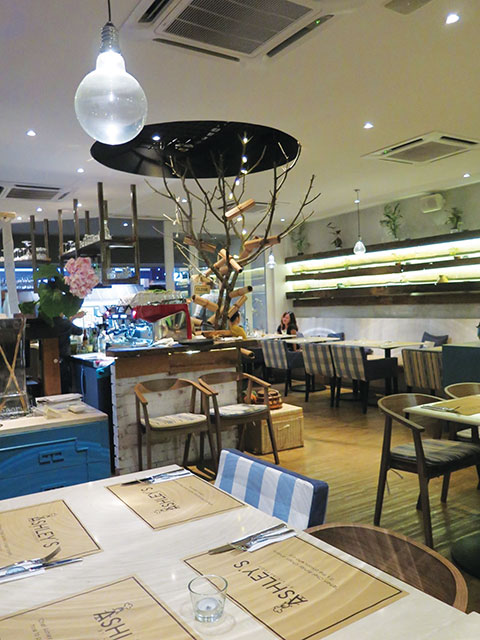 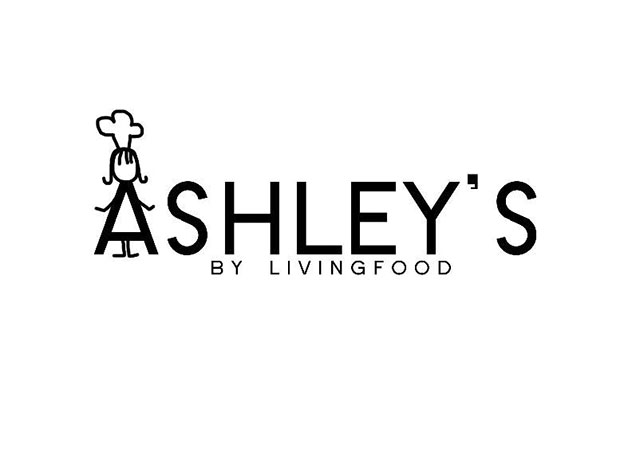 A SUPPLIER’S TAKE – BAHAY KUBO ORGANICS [PHILIPPINES]
The question of whether organic is better for you is one that has been in contention for years. Without going into debates, Bahay Kubo Organics (BK Organics) simply believe in eating foods you grew yourself because there is no doubt of its origins and would be something you’d be happy to eat. According to co-founder Ryan Aguas, the World Health Organisation (WHO) estimates that about a third of the global population die from lifestyle and/or food related conditions therefore if one was able to eat a more balanced diet of fresh foods, it increases possibility of experiencing better health. This was the main reasons why he, Enzo Pinga and Illian Pascual founded this social enterprise; to present a different dimension to how their community interacted with food; because “with no farmers, what will we eat?”

The Philippines’ department of agriculture has enacted a law defining ‘organic’ mandating produce to be grown in soil but its implementation is not consistent. BK Organics operates by aquaponics and “we still believe we are organic since we do not use chemical fertilisers or pesticides. Our fertiliser is waste produced by our fish and I don’t think it gets any more organic than that”, Ryan said. Pesticides are made out of organic items like peppers, molasses and vermicompost, all which meet organic certification by foreign agencies. 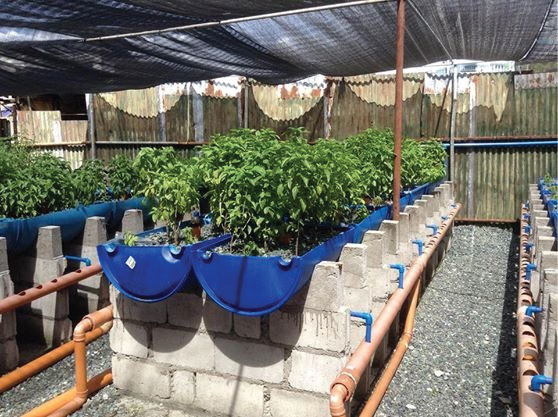 A start-up with the purpose to equip its community with tools and knowledge in planting their own food, the team advocates aquaponics technology. Due to the modular element of aquaponics, the household or community can scale the system according to their affordability of space and investment. Noting that aquaponics is more capital intensive, BK Organics helps lower income communities raise funds to build their own farms which can be expanded into business transactions within the neighbourhood and to markets. 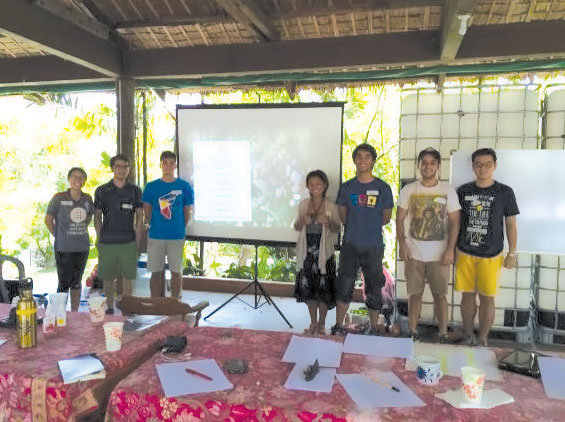 The team during a session

What about setting up a system for food establishments? Ryan admits that a backyard farm would be inadequate to meet the demands of food required daily in their country. However, there is every possibility that communities who adopt their system will someday have the capacity to supply produce on a commercial level; particularly as consumers become more concious of where their food comes from.
Ryan Aguas / bkorganics@gmail.com /Facebook: Bahay Kubo Organics 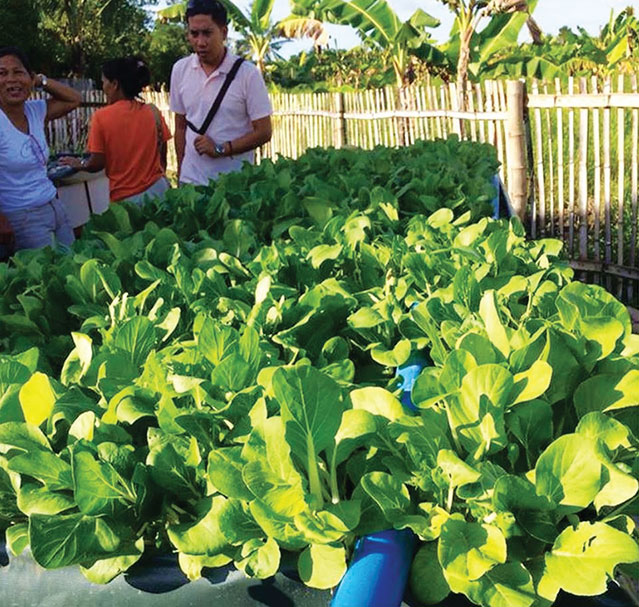 Produce from the community that BK Organics worked with

Aquaponic system & benefits:
• Soil-less growing of plants combining aquaculture (fish-farming) and hyrdroponics (growing plants in fertilised water)
• Grow more produce per area with lesser input
• Less labour without the need to weed, fertilise or water plants as the system is designed to complete all tasks
• No need to re-prepare or re-till the soil post-harvest
• Operational activities centred around feeding fish, pruning plants and harvesting produce when required
• Reduces food costs and storage space as harvest only when needed
• Cuts the distance from farm-to-table by growing in spaces without soil 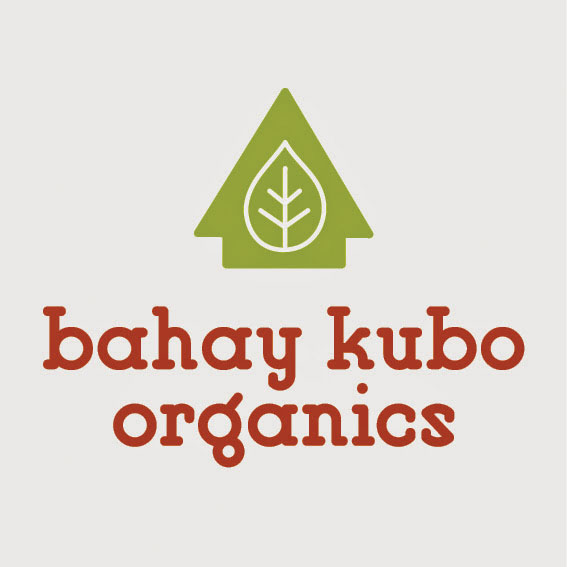 AROUND SOUTHEAST ASIA…
Independent farming has attracted the massses and given that certain countries have limited land, enterprising individuals have expressed their passion for farming in ways that maximise space.

COMCROP (SINGAPORE)
Possibly ‘urban farming’ at its best definition with the 6,000 sqft rooftop farm on Orchard Road. Also using ‘aquaponics’, it currently grows herbs, tomatoes and vegetables. Leveraging on a vertical system, Comcrop can grow up to 8-10 times the volume of produce compared to soil-based farming. Pipes are stacked on top of one another and draw water , that has been filtered from tanks filled with tilapia fishes where their by-products provide organic nutrients for plants’ growth. Comcrop has begun selling their produce to commercial F&B outlets as well and its farm is opened for visitors.
Comcrop by The Living! Project
Address: 2 Orchard Link, *Scape, Singapore 237978
Facebook: https://www.facebook.com/ComCrop

EATS, SHOOTS & ROOTS (MALAYSIA)
With a vision to empower and equip urban individuals and communities to obtain food by our own means, this social enterprise runs educational workshops and provide consultancy in designing and building your own edible garden. For example, one can organise a “Garden Royong” and invite friends while the Eats, Shoots & Roots team facilitate the process and techniques of building edible garden beds for your own and/or neighbourhood consumption. Want to start your little farming hobby but not sure where to start? They even have pre-packed seeds for specific purposes like curries, stir-fry, ulam or you can mix-and-match.
www.eatsshootsandroots.org
Facebook: https://www.facebook.com/eatsshootsandroots 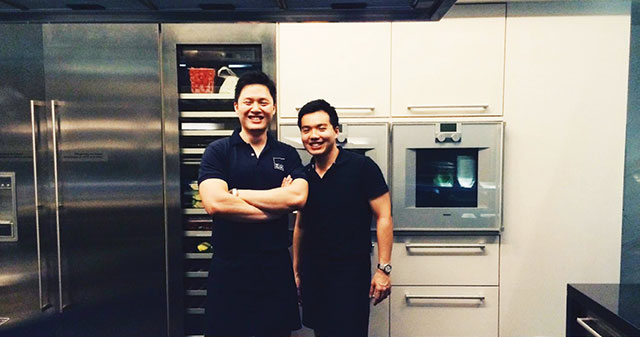 Edward (left) & Dennis preparing a tasting session prior to opening

“We don’t look fit because we’re actually fattening ourselves up and then go on n a routine of exercise and healthy eating (our salads, of course!) to show that salad is a fulfilling meal for weight loss and health”, said Dennis and Edward, founders of Chai Bar, when met at their bright and minimalistic outlet. Sure, anyone can rustle up a salad at home but how many combinations of ingredients and dressings would you have on standby? Presenting over 70 ingredients and 15 dressings, you can pick one of the Fab 10 salad ideas concocted by the guys or play chef by customising your own.

Seeing that Malaysians are more health concious recently, they decided on channeling their creativity into revamping perceptions of salads. One of the key factors was providing dressings that are palatable to local tastebuds, which they realised were not exactly partial
to vinaigrettes but the typical Thousand Island was a big no for them. Hence, they took inspiration from Asia and the repertoire includes Japanese (Creamy Wasabi & Roasted Sesame), Korean (Sweet Gojuchang), Thai (Som Tam), Chinese (Sesame soy, like the sauce you
get with chicken rice), Mexican (avocado) alongside Western flavours like Ranch and Green Goddess.

Reason for the variety is simple. Customers should feel that healthy eating is sustainable and not just a fad therefore wide options ensure that you don’t have the same thing everyday, said Dennis. A bowl of Chai Bar’s salad is nutritionally complete with protein, carbohydrates, healthy fats, vitamins and minerals. Prices vary according to the type of ingredients you choose so there’s something for every budget. Since opening in 2014, the guys have had to take the extra mile to explain their prices as many still think that it’s too much to pay for a plate of vegetables (not many realise there’s a hearty portion of meat in each salad). 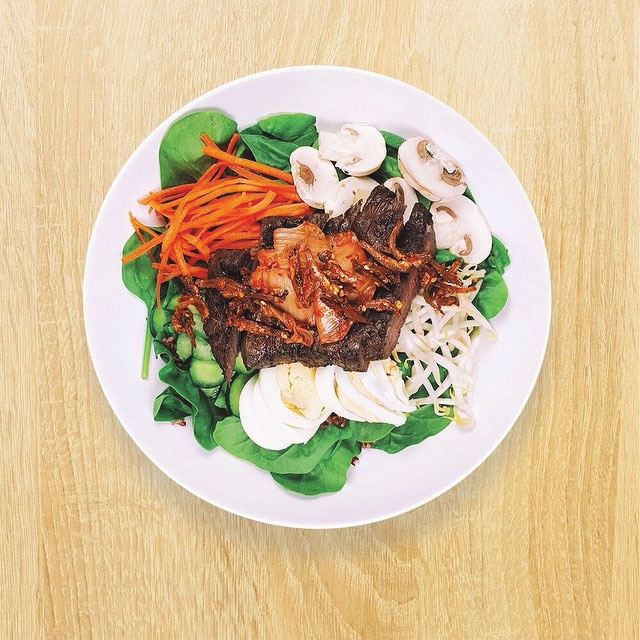 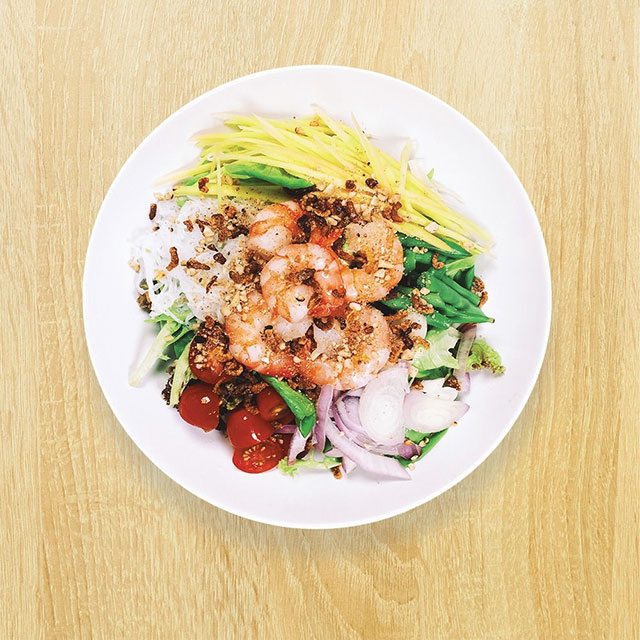 However, after letting them know that many of their ingredients are imported (some all the way from California, USA), that all their dressings are made by hand without preservatives while the chicken and beef are slow cooked from two to twelve hours, customers are satisfied and usually return,” said Edward. Swapping their steward’s uniform and engineer tools for grilling beef, racking up nutritional calculations or shaking bottles of dressing, Edward and Dennis are working towards their grand plan of Chai Bar becoming a multiple operation outfit (think kiosk or food truck?) and playing their part in approaching food and fitness to change lifestyles for the better. 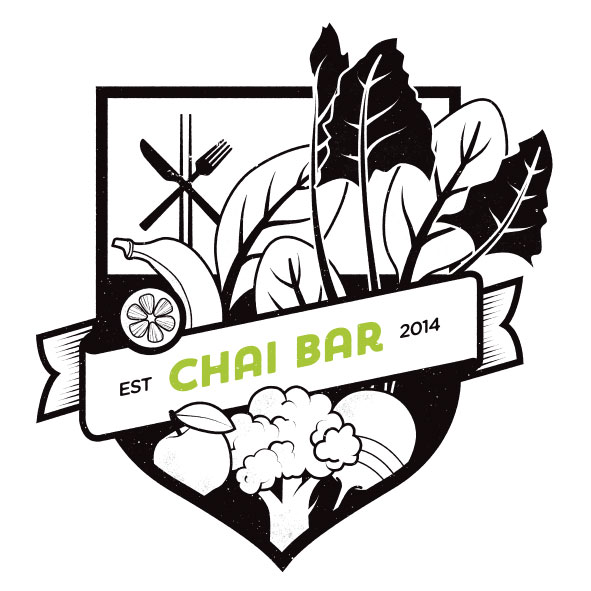