First introduced in Taiwan in the 1980s, bubble tea slowly took the online foodies by storm and eventually made the drink a global phenomenon. Social media influencers and consumers regularly post their colorful beverage on social media, grabbing more attention and fueling the demand for the product. 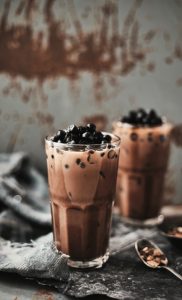 In a Grab article published on May 9, 2019, the ride-hailing app noted bubble tea’s popularity on GrabFood, its food delivery service. The article shared insights on the bubble tea craze in Southeast Asia. According to the report, bubble tea orders had increased at a whopping 3,000 percent in 2018.

Here’s a closer look at how bubble tea introduced the novel way of drinking tea in Southeast Asia and how it became so popular in the region, either as a lunch meal companion or a mid-day energiser.

With Thais ordering an average of six cups of bubble tea per month from the GrabFood app, and this number being limited to Grab’s data – bubble tea business is undoubtedly bubbling in Thailand. Bubble milk tea shops and kiosks are a popular sight at shopping complexes, business areas, universities, train stations, and universities. But when and how did bubble tea invade the shores of Thailand?

The product arrived in Thailand over a decade ago but then it fizzled out. In 2018, probably because of social media influencers, with online foodies and bloggers “documenting” their bubble tea experiences, the product made a strong comeback and became trendy again. Suddenly, there was a boom for bubble tea franchises. Bubble tea shops keep on mushrooming with new menus and innovative offerings, from unique toppings to healthy alternatives. 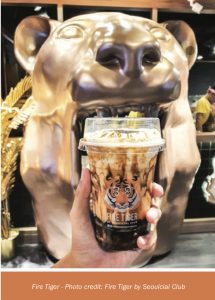 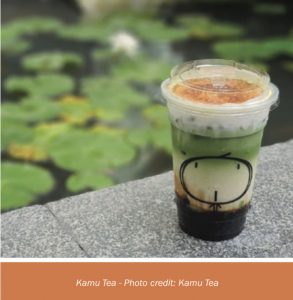 Mr. Shake Beyond is among the local’s favorite, probably because of its soft boba pearls. ATM tea bar, which allows customers to place their orders via an ATM-like vending machine, is a popular concept. Another brand that offers a unique concept is Fire Tiger by Seoulcial Club, where you will get your bubble tea from the shop’s icon tiger’s mouth. Kamu Tea prides itself of being environment-friendly, allowing customers to bring their own cup. They also claim to use real milk ingredients instead of creamer.

Other popular outlets in Thailand are Dakasi, Koi Thé, Ochaya, Osaka Milk Tea, The Alley, and Mr. Cup T Tea and Coffee.
Who embraces this modern tea-drinking culture in Thailand? Although the biggest group of bubble tea drinkers are teenagers and people under 25 years old according to Tamntea.com, it’s a “whole nation of tea- drinkers indulging in a new trend that has taken them by storm.” 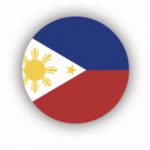 Milk tea arrived in the country in December 2008 when Serenitea founders set up its first shop in San Juan City, Metro Manila. Just a few months after the homegrown brand was launched, the Filipino’s love for milk tea started to build up. This trend was highly influenced by food bloggers and social media. Serenitea’s popularity then caught the attention of some entrepreneurs and started setting up milk tea shops near schools and universities. Targeting the students proved to be a genius marketing strategy. The young population embraced the product and the milk tea shops started to compete head on with coffee shops.

2013 marked another milestone – and a setback – in the country’s milk tea arena. More brands came in, and in addition to old-time favorites, Dakasi and Tokyo Bubble Tea also became crowd favorites. In the same year though, the milk tea craze suffered a blow when contamination was reported in Iloilo in the Western Visayas region. The milk tea was reportedly contaminated with E. Coli and salmonella, causing 50 customers to fall ill, and one of them died.

When a study came out investigating the risk of consuming pearl milk tea, highlighting the hidden ingredients of this presumably “healthy drinks”, people started talking about sugar, sweeteners and artificial flavourings. Brands were quick in offering more nutritious versions – tea brewed from real tea leaves, low sugar content, low-fat or skimmed milk instead of creamers, and healthier toppings like fruits and chia seeds.

From then on, the brands introduced more product innovations and unique flavors, not just to please the palate but also to decorate the bubble tea fanatics’ Instagram page. Many took their love for Macao Imperial’s Kitten Milk Tea and Matcha Cheesecake to social media. Tiger Sugar, a Taiwanese milk tea franchise, is also making waves on Instagram when they introduced the brown sugar syrup stripes on the cup.

With a high number of milk tea shops all over the country, the milk tea craze in the Philippines had reached an all-time high. From a few flavours, the options have grown and many shops now offer an extensive menu.
And now that consumers can easily have their favorite milk tea brand and flavored delivered to their doorsteps, the trend had reached a new level of fad. 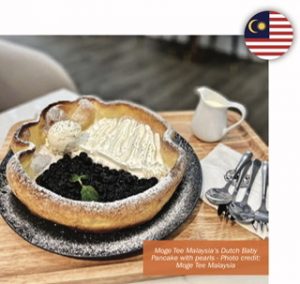 Bubble tea franchises and shops sprout like mushrooms in Malaysia, particularly in Kuala Lumpur. Many brands won the hearts of many customers, as evidenced by long queues of people waiting for one hour or more for that cup of bubble tea.
According to bubbleteamalaysia.com, there are over 100 bubble tea brands in Malaysia as of December 4, 2019. The list continues to grow, a positive sign that the trend will not experience a flatline soon.

But when and how did pearl milk tea arrive in Malaysia? It is uncertain, but many attributes the start of bubble milk tea to Bryan Loo of Loob Holdings. He was the one who brought Taiwan’s popular brand Chatime to Malaysia in 2010. A year later, Go Cha franchise came in. The arrival of international chains started the first wave of bubble tea craze in the country. 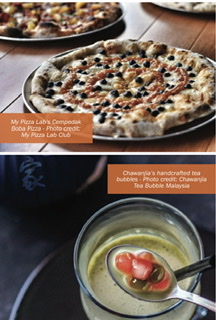 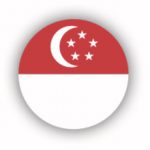 SINGAPORE
Singapore’s love affair with bubble tea started in 1992, much earlier than most of its neighboring countries. Bubble Tea Garden in Marina Square was bubble tea’s birthplace in the country. Popular flavors then were Pearl Red Bubble Tea, Yam Shake, Whisky Red Tea, Honey Egg Yolk, and Honey Peppermint. Back then, bubble tea was served in fancifully shaped cocktail glasses, unlike today when most shops serve their milk tea in disposable plastic cups.

Although the product was well received by students, bubble tea only became remarkably popular in 2001. Lengthy queues in front of bubble tea shops became a common sight and customers were all patiently waiting for their orders. Cool Station, Quickly, and Milk Girl Ice Cup brands became household names. 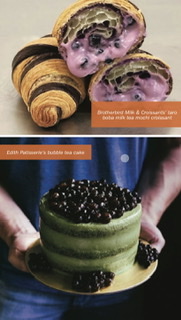 However, intense competition turned the bubble tea industry upside down in 2003. DIY kits and classes to make bubble tea also became popular, and it badly hit the market demand for bubble tea. As a result, many shops across Singapore folded.
The beverage re-appeared in the scene in 2007. Foreign brands came in and captured the hearts of people across generations. By 2011, there were already over 10 franchises and about 500 shops selling pearl milk tea, including newer brands such as Gong Cha and Koi.
Fast forward to today, the Singapore food and beverage arena is filled with dozens of players from Taiwan, Korea, China and Thailand. The names include The Alley, The Koi, Xi Fung Tang, Supertea, Winnie’s, Hollin, PlayMade, Jenjudan, Sharetea, and Tai Gai Tea. Homegrown brands include Each-A-Cup, LiHo, Woobbee, I-tea, and Hi Tea. 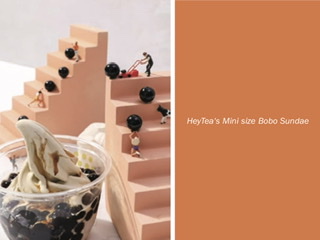 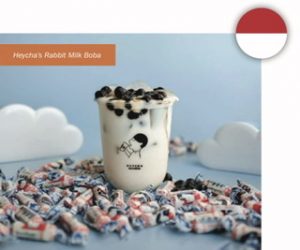 The bubble tea invasion in Indonesia started in 2000 with the opening of Quickly, the first bubble tea shop in the country. Indonesians lined up for their milk teas, the most popular product being Taro Milk Tea which remains a crowd favorite until today. In 2011, Chatime opened its first outlet in Jakarta. Currently, the brand has over 200 shops across the country. Other international players have arrived such as Koi Thé, Xing Fu Tang, Tiger Sugar, Sharetea, OneZo, and Kamu.

Some homegrown brands also stirred the local market. These include Heycha and its sister company Heychago, Goola, Kopi Soe, IN Tea, Yu Cha, Gulu Gulu and the unicorn-themed Kokumi. 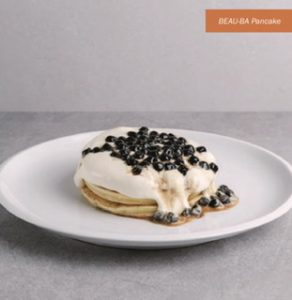 Food and cocktails in Indonesia also made the bubble tea hype in the country more interesting. Baiza Sushi serves Salmon Salad Boba, Spicy Salmon Roasted Boba, and Mango Sticky Sushi. Zodiac, a music bar and mini nightclub in Jakarta, collaborated with Quickly and came up with customised boba-cocktails. The most popular flavor is the Sugahill Taro, a mix of Quickly’s Taro Milk Tea with a tinge of bourbon. The cocktail is topped with tapioca pearls. 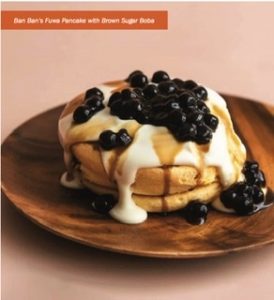 The surge of bubble tea popularity in Indonesia is at a high level, although the customers believe the duration of the hype depends on the brand’s innovative offerings and creative packaging.

Vietnam is big in coffee, being the world’s second- biggest coffee producer. But the Vietnamese coffee culture gave way when bubble tea entered the market at the end of 2002. It was only a simple formula back then: tea, milk and chewy tapioca balls. Yet the local customers got hooked with the offering and would join an endless line just to buy milk tea.

Many shops offer wider ranges of products and flavors, from peach to coconut, plum, raspberry and melon. Bubble tea had reached not only Vietnam’s key cities such as Hanoi, Ho Chi Minh City and Da Nang, but also in the provinces.

In the first half of 2017, an average of eight shops opened in Hanoi every month according to a survey by Lozi, a Vietnamese online platform. Smaller shops reportedly sold about 200 to 300 cups each day while busy ones sold thousands of cups daily. 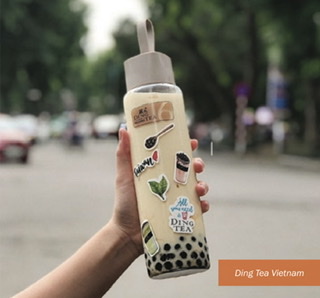 However, it seems milk tea craze in Vietnam is going on a downward trend. In a Vietnam Insider report published on November 26, 2019, it cited an analyst saying “the bubble tea shop market which was sizzling three years ago is on the decline.” About 20 bubble tea brands are competing for a slice of the market.

In the report, a bubble tea shop owner shared that after running some promotions, only some shops remain crowded. The slowing down is attributed to expensive raw materials and extremely high rents.

One thing is certain. Bubble tea fever continues to spread across Southeast Asia. The milk tea franchises and individual owners only need to step up and continue to introduce novel offerings. They need to constantly innovate with new variations and concoctions to keep the market hooked.