Some food and drinks trend complement each other, while some trends lead to the resurgence of another trend. Some trends stay, while some trends die. Trends may come and go quickly in Korea, but some trends can remain successful if business owners know exactly what and who they are dealing with – demand, customer groups, supply chain, and everything else that should fall into consideration prior to starting a restaurant business that offers Korean fried chicken.

Korean fried chicken explores a variety of cooking methods and special sauces in the culinary world. Some popular ones are curry-flavoured fried chicken, “snow wings” with cheesy powder, fried chicken marinated in garlic soy sauce, oven roasted chicken, fried chicken covered in chilli sauce, and even “halfhalf chicken” whereby a whole chicken is deep-fried but only half of it is sauced.

Yet, there are claims that only some methods qualify for “authentic” Korean-style chicken. Despite the claims, the many chimaek styles continue to hatch new techniques and flavour combinations, and somewhat continues without the consideration of what counts and doesn’t as a fried chicken technique. While there’s no hierarchy to fried chicken, there’s always a diverse range of tastes that caters to a variety of tastes. Included in the list is: 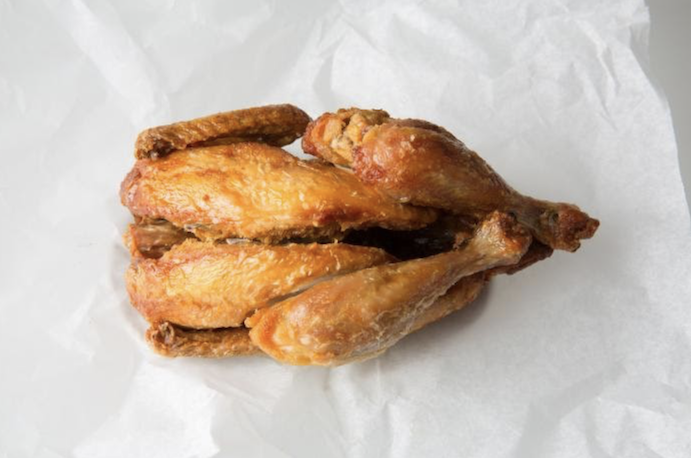 This whole roast chicken also known as tongdak is prepared by deep-frying a whole chicken. In the 1970s, tongdak was popular a because it was the only type of fried chicken sold in Korea. (Image from Wikipedia) 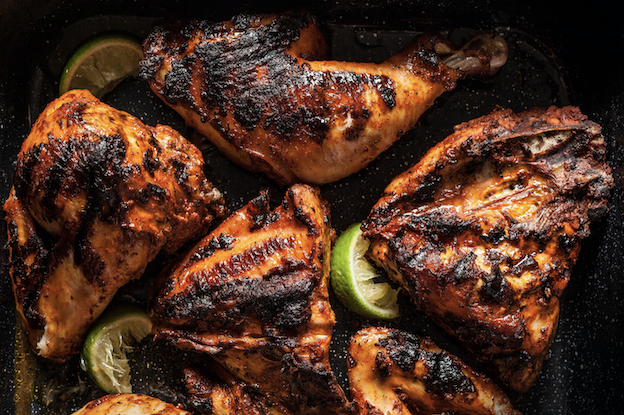 Chicken Cooked On A Charcoal Fire 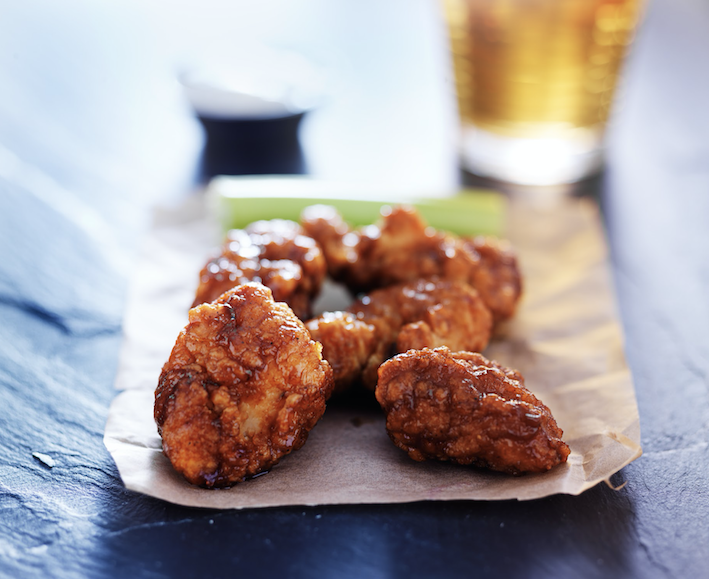 Boneless “sunsal” wings are often a hit on the menu. While there are many techniques to frying, double frying would be the most effective technique to frying sunsal. 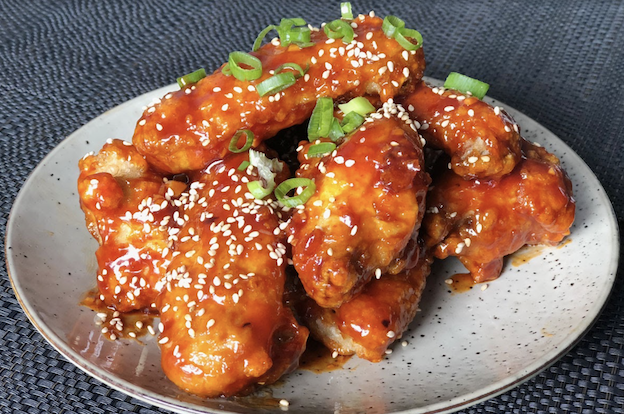 Yangnyeom means “seasoned” and tongdak means “whole chicken.” Traditionally, in this technique, a small whole chicken will be cut into chunks, coated in dried ingredients or batter, fried, and mixed with a sweet and sour, spicy sauce. (Image from Asian Inspirations) 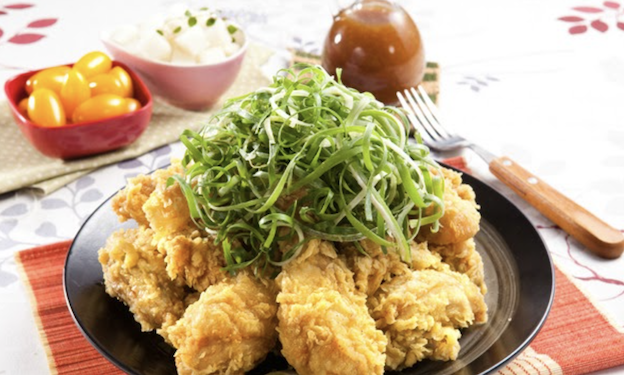 Padak is a Korean chicken dish made from fried chicken and scallions. Although double fried in the same way like any other fried chicken, the padak recipe went viral in Korea few years ago for its unique mixture of flavours. The fried chicken is topped with thinly sliced spring onion and dressed in a sweet and tangy Asian dressing, giving it a mixture of flavours, compelling restaurants to include it in their menu. (Image from Wikipedia) 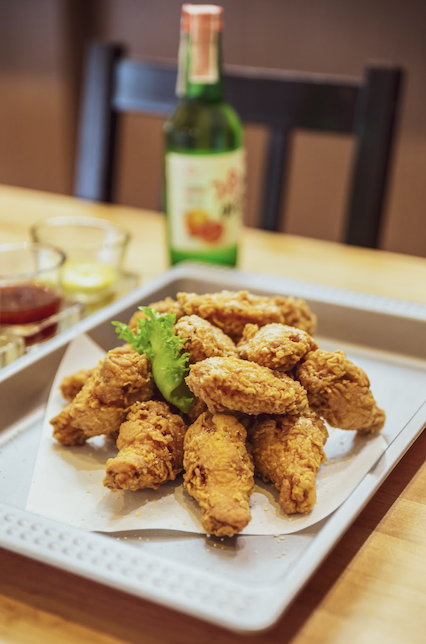 Although chimaek has been around for a while, the term itself rose to popularity only in 2010, which was the year of the World Cup. 2010 was a golden year for chimaek, nearly turning it into a national dish from just-another national hangout trend. The only reason being so is the way Korean fried chicken deliciously complements a good drinking session. Its’ crunchy, salty, greasy, and messy texture not only fits the profile of a perfect drinking food, but also helps the further rooting of Korean fried chicken as an important F&B trend that’s here to stay. Perhaps, the combination of Korean fried chicken and beer can be a unique proposition to the business models of many aspiring entrepreneurs out there.

But it’s not only that. Korean chicken wing could be the ultimate Millennial food, thanks to shareworthiness and participation. While the generation wants to be served good food, they also desire the freedom and flexibility of choosing their own sides and sauces. Such concept allows the Millennials to create their own experiences, which certainly brings differentiation to a restaurant. Plus, Korean fried chicken is definitely something worth devouring with friends or family.

Kyochon is a South Korean fried-chicken restaurant chain founded in 1991. One of the largest Korean fried-chicken restaurants in South Korea, Kyo stands for wisdom and enlightenment while Chon means village. The restaurant boasts that its chicken stays crispier due to the method of dipping chicken in a sweet garlic batter before frying and the elimination of pre-frying which makes room for “better-being” as Kyochon claims.

Kyochon has successfully expanded across different parts of Asia using its full-service restaurant which cooks food fresh on order every time instead of using the fast food joint concept. The chain uses only chilled, antibiotic-free and hormone-free chicken meat, delivered daily by the brand’s carefully selected suppliers. The brand’s imported sauces are also 100% natural and MSG-free. As Kyochon incepts brand trust among its consumers, it is no secret that the brand has made a mark of its name in the world of Korean fried chicken.

According to Kyochon, part of its success also comes from social media and digital marketing. Despite the lack of funding for launch marketing in Malaysia, the restaurant chain used Facebook and Instagram instead which eventually enlarged the interest for the brand. 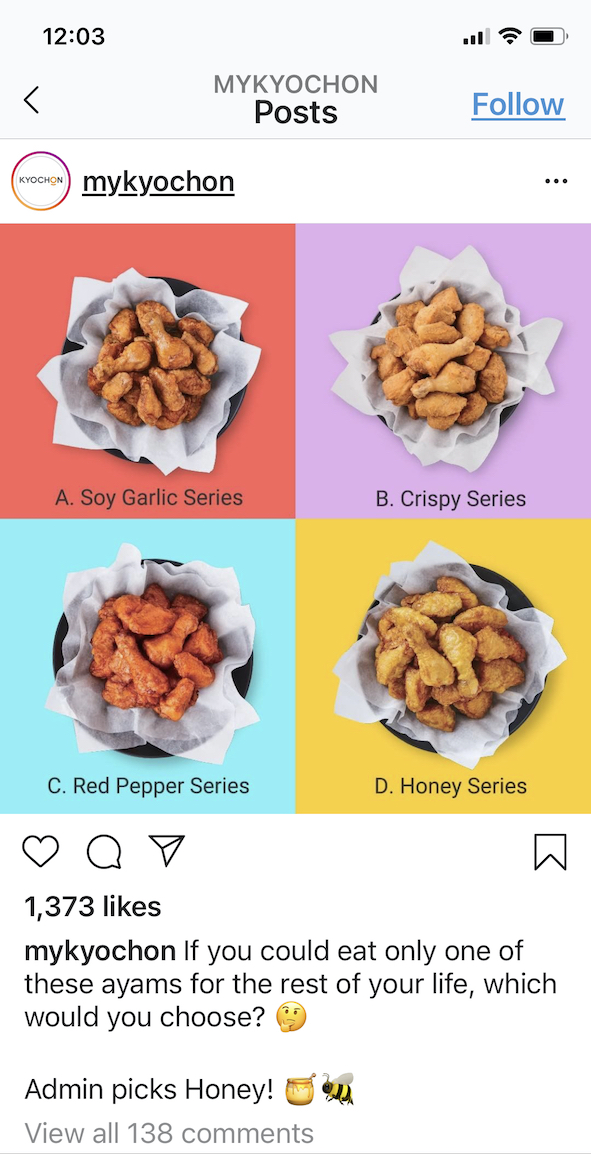 4FINGERS is a Singaporean multinational restaurant chain headquartered in Singapore. Founded in 2009, the chain has 28 stores across Asia, Northern America, and Oceania. The brand is known for spicy, crispy, unique fried chicken accompanied by its hot and spicy sauce, so much so that just from a single store in ION Orchard in 2009, another six stores joined the movement in just two years. In 2014, The brand expanded to 21 outlets in Asia-Pacific within only four years. Since then, the brand has welcomed Malaysia, Indonesia, Thailand and more to come as some of its strong allies.

Like Kyochon, 4FINGERS food is prepared only upon order. The sauces in particular are also known for the way they are made – using the traditional Asia method of fermentation that incorporates natural herbs and spices, soybeans, water, and 5 months under the sun. Not only that, every piece of chicken is handbrushed with their signature sauces. 4FINGERS originate after the idea of its founders who tried Asian-style fried chicken in New York City and strongly felt that they can improvise it. As a result, both the food offering and interior design have become anedge for the business. Most of 4FINGERS outlets feature graffiti-marked walls and directional signs that portray the New York-grungy street style and subway signs. The Australian outlets, on the other hand, stock a variety of ciders and artisanal beers, alongside local wines and soft drinks to pair up with the Korean fried chicken servings. 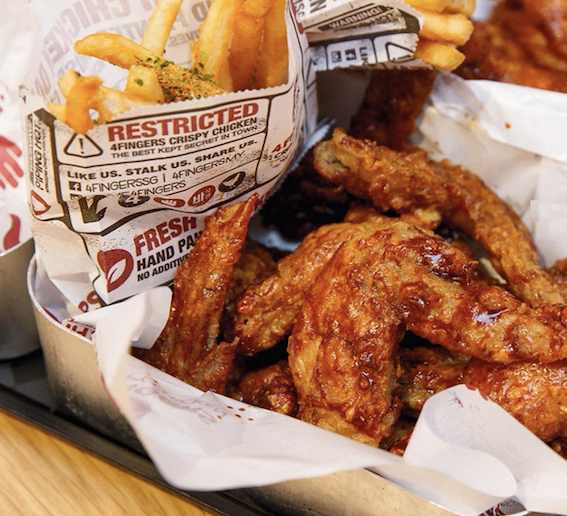 NeNe means “Yes Yes” in Korean. Hence, “Nene Chicken” means “Yes Yes Chicken”. The restaurant has been serving Korean fried chicken since 1999 with over 1,200 outlets across South Korea alone. Riding on the Korean wave, the expression is commonly used by Koreans to show their willingness to put the best effort in any kind of situation with a positive mind. Franchises outside South Korea currently exist in Singapore, Malaysia, and Australia. One of the reasons NeNe Chicken is riding on the Korean wave successfully is the convenient service it offers to customers. When feasting at Nene Chicken, customers can avoid dirtying their hands. Unlike most fast food restaurants, customers who visit NeNe Chicken are provided with plastic gloves, a very neat idea that makes the experience unique. 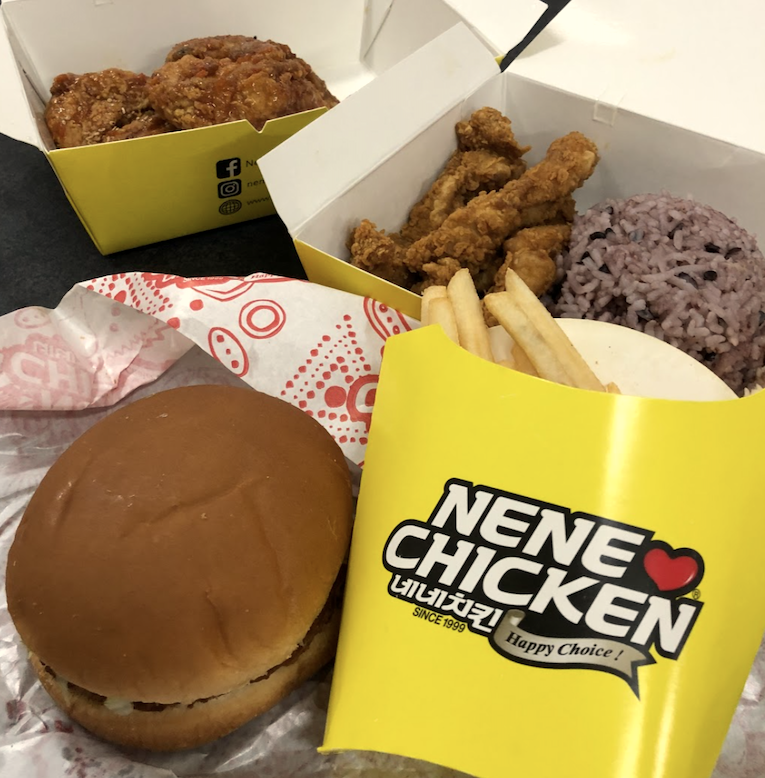 Trying out NeNe Chicken with a delivery to our office!

It is apparent that Koreans are the undisputed Asian masters of fried chicken. While trends come and go quickly in Korea, the mastery certainly holds opportunities intact for business owners who consider going into Korean fried chicken restaurant business. At this point of time, at the very least, it looks like Korean fried chicken has no signs of slowing down, and is here to stay in Asia. 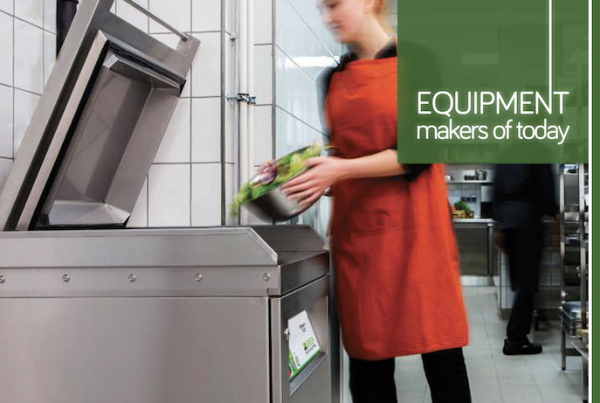