By Eileen ChanFebruary 8, 2020No Comments

Where does the restaurant industry stand when it comes to health and nutrition? Is health awareness a trend, or a movement that is only getting started? Let’s dig in to get a glimpse at what healthy means in 2019 and how you can leverage that for your F&B business!

• VEGGIE BURGERS AND “IMPOSSIBLE FOOD”
According to the National Restaurant Association in the U.S., veggie-forward cuisines, environmental sustainability, vegan and vegetarian food topped chefs’ hottest culinary concept trend lists in 2018. On one side, you have the “impossible burger”. Behind the scenes of the transformation of the once-sad veggie burger into a craveable modern marvel, manufacturers and chefs have been working on producing flavour-rich, handmade patty made entirely of plants – grains, nuts, seeds, and vegetables that represents the taste and texture of real meat.

Beyond Meat and Impossible Foods are the manufacturing startups leading the meat-free burgers movement. Impossible Foods, which started in 2011, has aimed at casual restaurants and chef-driven fast-casuals, starting with its 2016 debut at David Chang’s Momofuku Nishi. Hong Kong was the first place outside the U.S. to offer the Impossible Burger. Now, the patty is served in more than 1400 outlets in the U.S. in award-winning restaurants, diners, and even the popular fast-food chain, White Castle. In Hong Kong, the patty is tried as a traditional burger or as the filling of savoury street food.

Beyond Meat, meanwhile, stepped into Singapore in 2018, hitting restaurants and supermarkets with Beyond Burger patty. As the trend has moved to Singapore, Impossible Foods similarly partnered with eight leading restaurants in Singapore including Bread Street Kitchen by Gordon Ramsay, Park Bench Deli, Cut by Wolfgang Puck, Potato Head Singapore and Three Buns Quayside by Potato Head, and Privé Orchard in Singapore amongst others. Below is the list that will likely spare you some time in finding them:

Similarly, the Impossible 2.0 recipe was launched in January 2019 and without doubt, contains no gluten, animal hormones or antibiotics, and is halal-certified. That brings us to the ultimate question – what makes the plant-based burger an alternative to beef? For Impossible Foods, the answer lies in its’ key ingredient, “soy leghemoglobin”. Impossible Foods produces soy leghemoglobin through genetic engineering and fermentation, which releases an iron-containing molecule called heme which serves as the secret for the “meaty” flavour found in beef. 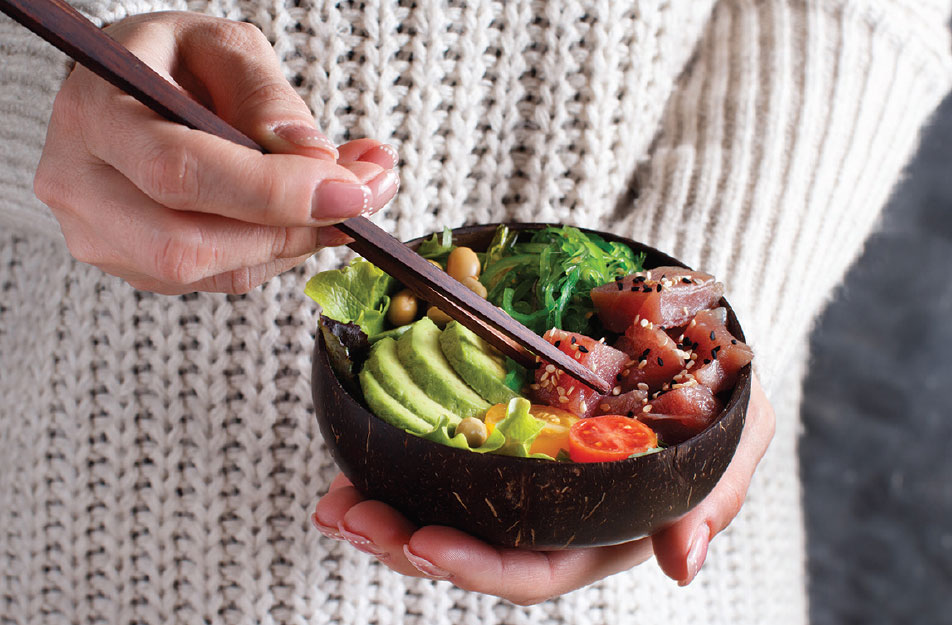 • ALL-IN-ONE HEALTHY BOWLS
Many of the latest food trends in Asia, including açaí bowls and sushi burritos, are being driven by health-conscious Millennials who enjoy customising quick and healthy fusion-flavoured meals. The poke bowl trend of Hawaii origin is no exception.

Poke (pronounced poh-kay), a centuries-old staple of Hawaiian cuisine means “to cut crosswise or slice into pieces.” Traditionally, the dish traditionally includes cubed pieces of tuna, octopus, salmon, or other seafood, mixed together with seaweed, soy sauce, sesame oil, and other ingredients. At a restaurant serving poke bowl, customers can usually customise their meal. Millennials have been open in embracing world cuisines, while exploring natural choices. This group of consumer demands transparency from food suppliers. When dining at a poke restaurant, it is important for them that the fish has been properly handled and stored, and not frozen more than once to ensure the tuna or salmon is of good quality. Then you also have acai bowl or smoothie bowls.

In Malaysia, best friends Yeoh Jun Yong and Cheah Wen Khyn launched Cabana Acai Bar in Publika Shopping Mall not long ago, offering acai bowls and acai smoothies to Malaysians (check out page 46!). Acai Lab is another on the list. Acai bowl was originally created in Brazil and is known for being a healthy delicacy, with the addition of bananas, strawberries, blueberries, coconut shavings, and granola. Acai bowls typically consist of a thick smoothie made of acai berries (at the base of the bowl), a super fruit known for helping to boost the immune system. However, consider it an occasional treat and limit the amount of toppings and sugar in your bowl to keep it healthy. 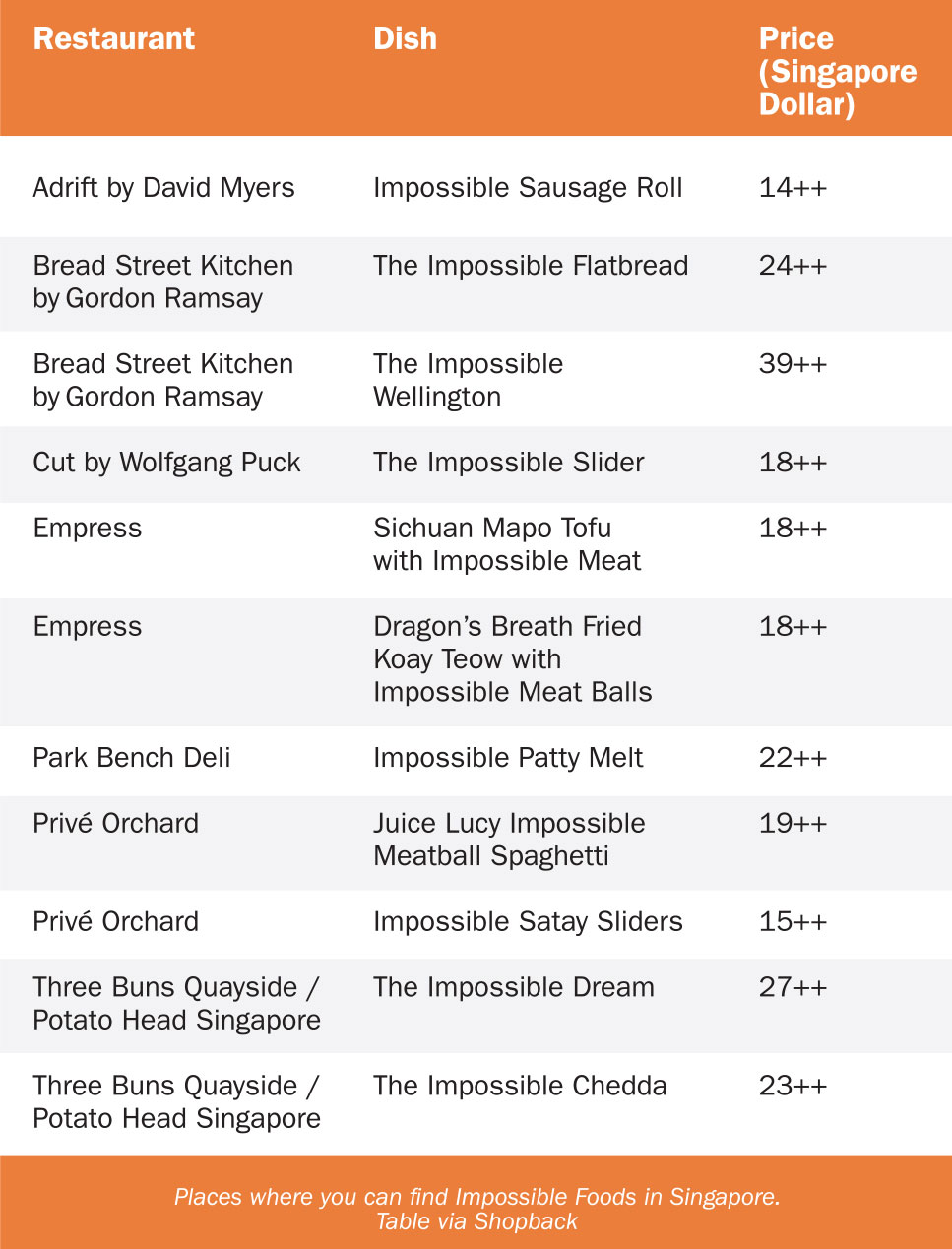 In fact, APAC has become the leading region for new probiotic product launches in the food, drinks and supplements sectors, together with innovations in the confectionery, dessert and fermented food sectors. Between 2012 and 2017, 35% of probiotic food, drink, vitamin and supplement launches took place in APAC, in comparison to North America at 25% and Europe at 29%t. Probiotic yogurt, the leading functional food ingredient worldwide, is widely used for gut health management. Functional lipids such as omega-3 are used for immunity, brain health, and heart health. Vitamin- and mineralfortified beverages, on the other hand, are used for energy boost. Apart from these uses, vitamins, probiotics, and proteins are also induced into animal feed to cultivate healthy livestock. 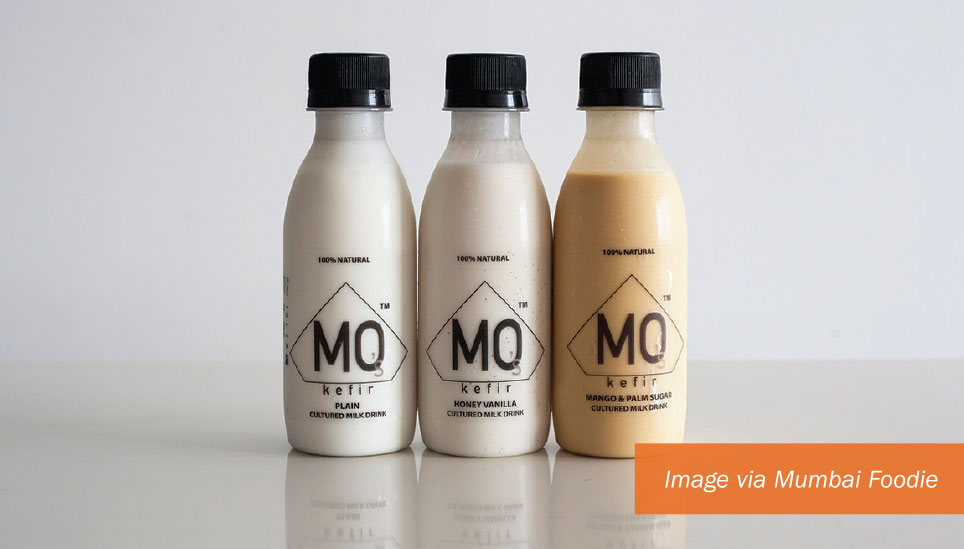 Another known brand currently taking over the probiotics and functional food trend in Asia is an Indian functional product firm, MO’s Superfoods. Currently, the brand includes a range of kefir beverages in six flavours and kefir cream cheese in five flavours, as well as coconut oil and black garlic. The products which are 99% lactose-free containing live cultures, are developed with the help of dairy technicians, microbiologists, and culture manufacturers to ensure the probiotics remain alive throughout the products’ shelf life. 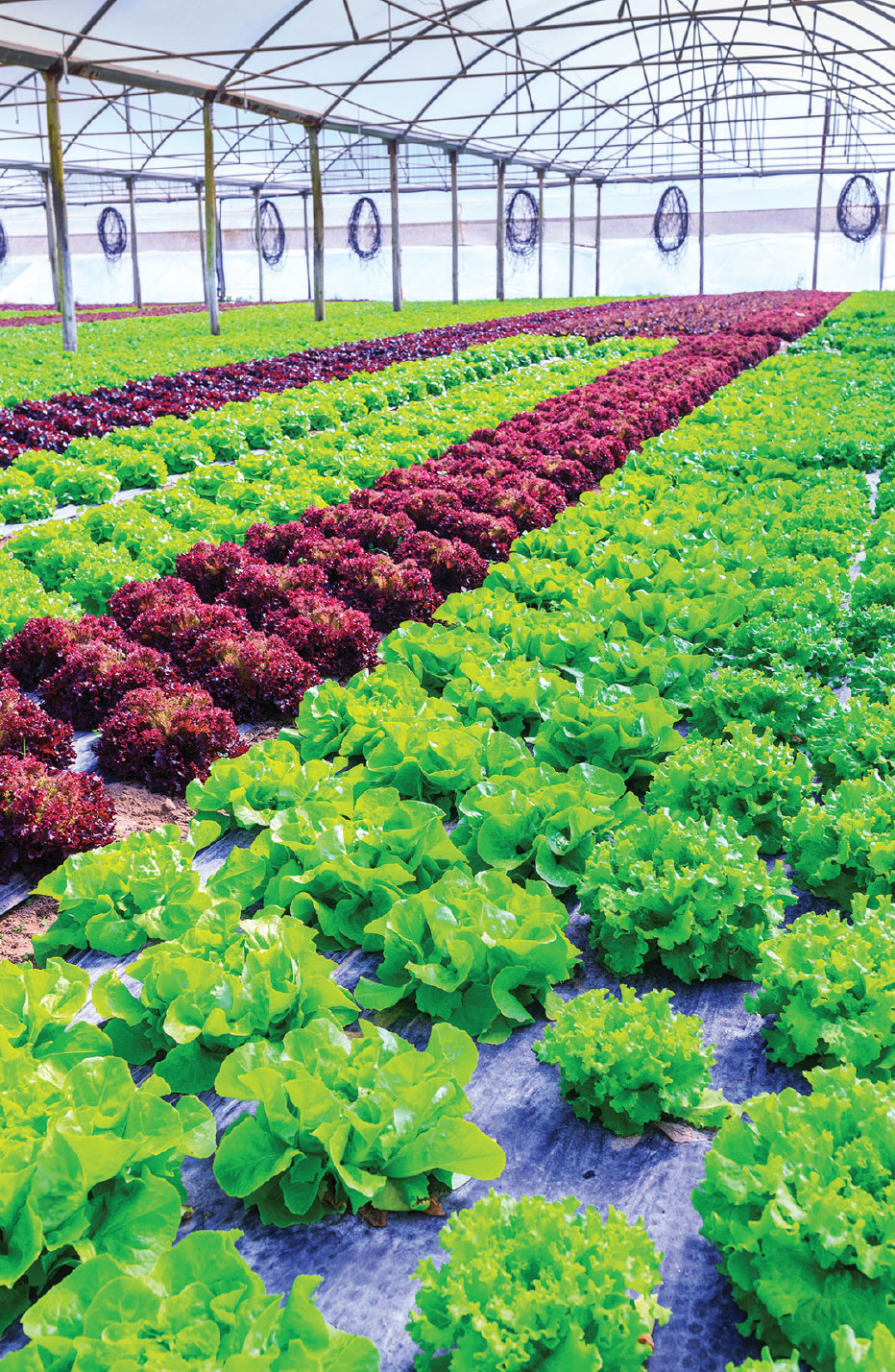 GOING HYPERLOCAL
There are several dozen of establishments in the U.S. and a few in Asia that offer raw food as a major component of their menus. If not vegan, but usually vegetarian, these restaurants rely on hyper-seasonal ingredients, creative preparations, and a dash of molecular gastronomy to create dishes that often mimic traditional favourites.

Elizabeth’s Gone Raw, is one restaurant that almost perfectly adopts the fashion of “going premier raw”. At the heart of downtown in Washington, the restaurant typically offers an interesting Friday night tasting menu consisting of cashews, micro-shaved yellow squash, peas, dehydrated Kalamata olives, buckwheat, and what not. It is one amongst the growing number of raw restaurants that have sprouted across the country, such as Thrive in Seattle, Planet Raw and Leaf in Los Angeles, and Lifefood Gourmet in Miami. 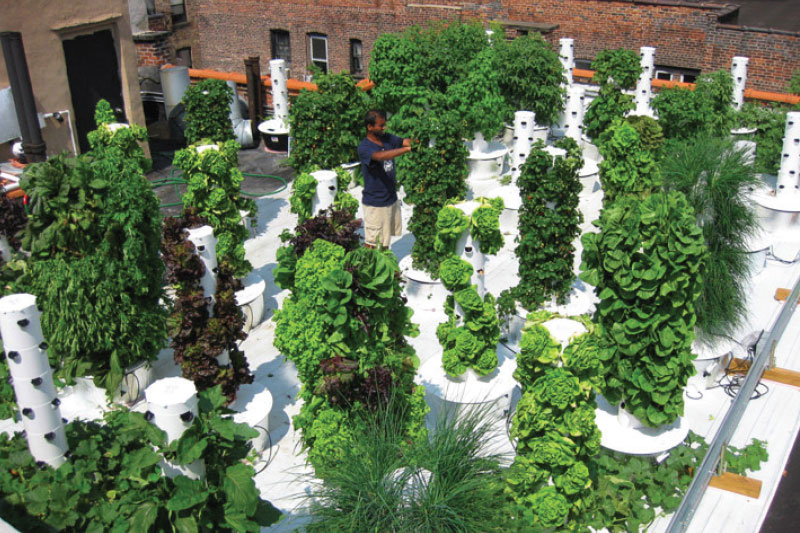 Asia is as equally fond of going “hyperlocal”. Also known as the hyperlocal restaurant trend, there is a variety of meanings tailing the word, depending on context. In the context of food particularly, hyperlocal illustrates a dish that incorporates a majority of ingredients grown, raised or cultivated by the restaurant itself. Typically, this may include a salad consisting of greens cultivated in the restaurant’s very own “farm” or garden. There are plenty of brewpubs that offer their customers beer brewed on-site too. Raising beef cattles or poultry may not be a popular task, but using green as their sides, marinades, garnishes, or sauces are certainly effective in going hyperlocal.

Hyperlocal sourcing is considered a form of vertical integration whereby a company that makes products owns its supply chain. In this type of business organisation, a restaurant produces its’ own raw materials and converts them into the desired final product. As the format is an already popular idea in the restaurant industry and the F&B world, more similar concepts can be explored such as, locally-sourced menu tasting, incorporating fresh ingredients into cocktails, back-to-basics menu, and so much more.