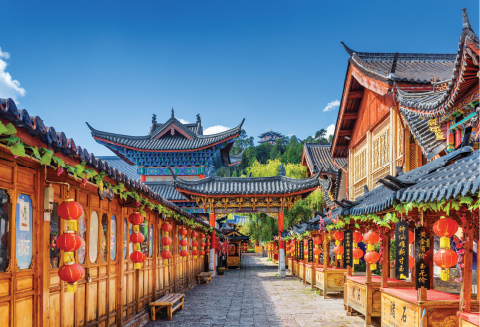 Known as the world’s most populous country, China or also called the People’s Republic of China (PRC) is an East Asian country covering approximately 9,600,000 square kilometres (3,700,000 sq mi). There are two mega-regions within China known as Northern China and Southern China. Due to the country’s enormous size and vast lands, we will focus on North China in this issue and South China in the following issue of Mise En Place magazine.

THE LAND OF THE YELLOW RIVER PLAIN
As a geographical region of China, North China lies to the north of the Qinling Huaihe Line (a line used to distinguish between Northern and Southern China). The heartland of this region is the North China Plain, also known as the Yellow River Plain. This historical region is arguably where Chinese civilisation began, being home to many previous emperors dating back millennia. It has always been a hotspot for agriculture and industry with many energy and manufacturing plants being built here. Throughout its history of emperors, the region’s food has descended from this tradition, known as the imperial court cuisine. 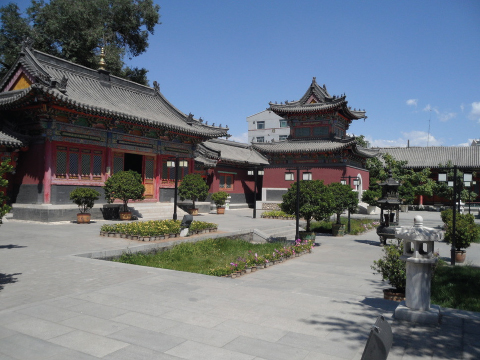 Beijing
Beijing, formerly known as Peking, is the capital of the People’s Republic of China, the third most populous city in the world, and the most populous capital city in the world. It is one of the world leaders in politics, economy, business, finance, education, culture, innovation and technology, architecture, language, and diplomacy. Apart from its mega-reputation as one of the major hubs of the world, there are some must-see sights for visitors to check out:
• Forbidden City, 4 Jingshan Front St, Dongcheng Qu, Beijing Shi.
• Summer Palace, 19 Xinjiangongmen Rd, Haidian Qu.
• Temple of Heaven, 1 Tiantan E Rd, Dongcheng Qu, Beijing Shi.
• Dongyue Temple, 141 Chaoyangmen Outer St, ChaoWai, Chaoyang Qu, Beijing Shi.
• Cathedral of the Immaculate Conception, 141 Qianmen W St, Xicheng Qu.

Hohhot
Inner Mongolia is a Mongol Autonomous Region within Northern China, whereas Outer Mongolia is a separate country to the north of China. Despite only being the capital of Inner Mongolia since 1947, it has a rapidly growing population and has begun to challenge Baotou as the region´s industrial and economic powerhouse. Hohhot is an ideal place to get away and relax from the modern day pressures thanks to its magnificent natural beauty of the Gegentala and Xilamuren Grasslands as well as various cultural sites. Some must-see sights in Hohhot include:
• Five-Pagoda Temple, Wutasi Hou Street, Hohhot.
• Inner Mongolia Musuem, No.27 Xinhua East Street, Xincheng District, Hohhot.
• Dazhao Temple, Dazhao Front Street, Yuquan District, Hohhot.

Jinan
Since the Ming dynasty, Jinan has been the capital city of the Shandong province and is renowned for its 72 famous springs. Jinan has a few advantages and lacks a metropolitan atmosphere. The glamour of Jinan does not merely lie in its natural beauty but in the warmth of the local people. If you find yourself venturing out to Jinan, be sure to visit:
• Baotu Spring Park, Baotu Spring South Road 1; Jinan, Shandong Province.
• Thousand Buddha Mountain, Jinan, Shandong Province.
• Spring City Square, 69 Luoyuan St, Lixia Qu, Jinan Shi, Shandong Sheng.

Tianjin
Tianjin, formerly known as Tienstin, is a coastal metropolis in Northern China and one of the nine national central cities in the People’s Republic of China, as well as the 11th most populous city proper worldwide. The old walled city was first built in 1404 and being a treaty port since 1860, the city has been a major seaport and gateway to Beijing. Due to its rich history, Tianjin has many to-die-for sights to see:
• Astor Hotel, 33 Tai’erzhuang Rd, Heping Qu, Tianjin Shi.
• Binjiang Avenue shopping street, Binjiang Avenue, Heping District, Tianjin.
• Drum Tower, Chengxiang Middle Rd, GuLou ShangYeQu, Nankai Qu, Tianjin Shi.

Taiyuan
Taiyuan is the capital and largest city of the Shanxi province in China. It is also one of the main manufacturing bases in the country. Throughout its long and interesting history, it was the provisional capital of many dynasties in China, hence giving it the incredible name of Dragon City. As an ancient city with more than 2500 years of history, Taiyuan is a great tourist hotspot destination, with many interesting locations to check out:
• Shanxi Museum, 91 East XiaoZhai Road, Xi’an, Shaanxi Province.
• Yongzuo Temple, China, Shanxi, Taiyuan, Yingze.
• Chongsan Monastery, China, Shanxi, Taiyuan, Yingze, Dilianggong St.

Zhengzhou
Sitting on the south bank of the Yellow River (Huang He), Zhengzhou is the capital of the ancient Henan province in North China. It is also called the Green City for the number of trees it has, or rather, had once. Although it is one of North China’s relatively unexplored cities, Zhengzhou is packed in heaps of history. When visiting this city, be sure to check out some of these attraction sites:
• City God Temple, Shangcheng Rd, ZiJingShan ShangQuan, Guancheng Huizuqu, Zhengzhou Shi, Henan Sheng.
• Yellow River Scenic Area, Huiji, Jiangshan Rd, Henan, Zhengzhou.
• Shaolin Temple, Dengfeng Ave, Dengfeng Shi, Zhengzhou Shi, Henan Sheng. 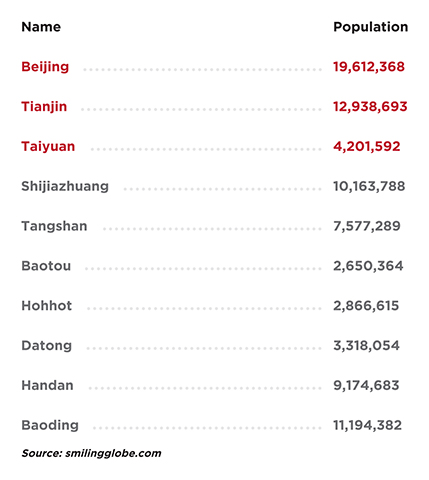 Each region in China has its own unique food profile and range of tastes; the northern region of China is no different. Generally, food in North China can be described as salty, simple, with less vegetables, and wheat as the staple food. To categorise it even further, North China cuisine can be broken down into three distinct groups; Beijing cuisine, Inner Mongolia cuisine and Shandong cuisine. Beijing cuisine as mentioned is derived from the famous imperial court cuisine, which used to be diet of emperors and officials of old, inner Mongolian cuisine is more similar to Mongolian flavours, while Shandong cuisine uses more seafood in general.

Street Markets
Street markets which are so commonly associated with Chinese culture are in full swing during the weekends in North China. You can find a wide array of items available for sale at these street markets that seem to almost pop up out of nowhere such as, jade jewellery, bronze Buddhas, marble Maos among many other trinkets, antiques and art items. In most of these markets, there are individual spaces dedicated to specific items:
1. Silk Street Market: (open 9am to 9pm).
2. Panjiayuan Flea Market: (open Mondays to Thursdays 8.30am to 6pm, weekends open from 4.30am to 6pm).
3. Beijing Antique City: (10am to 7pm).
4. Honggiao Pearl Market: (8.30am to 7pm).
5. Tianya Honaggiao Jewellery Market: (8.30am to 7pm).

Local Offerings
The food of North China is often more palatable to Westerners due to its rich bold and salty flavours. Northern China experiences harsh, cold and dry winters, as well as hot summers which make salt and calorie replacement very important in their diet. Some notable dishes include: 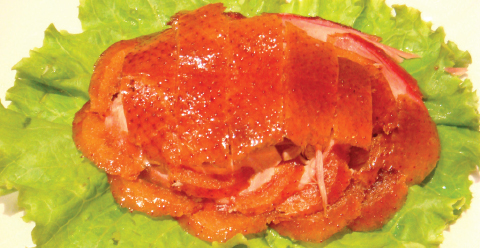 • Beijing Duck. This is probably the most famous and iconic dish in northern Chinese cuisine which is famous for its unique flavour and crispy skin. The duck is cooked and roasted over peach-wood which gives it its distinctive and amazing flavour.
• Jianbing. This is a well-known breakfast crepe in North China which is made of a batter derived from wheat flour and eggs, which is then stuffed with a variety of stuffing and sauces. The best part about jianbing is that you do not need chopsticks to eat them.
• Tanghulu. This is more of a snack which is essentially candied fruit that is dipped into sugar syrup, which then forms a hard layer of iconic rock sugar. These delicacies are typically served on bamboo skewers which means that you can enjoy several at one go.
• Dezhou Braised Chicken. This delicacy which originates from the aforementioned Shandong cuisine is a deep-fried dish that utilises a variety of ingredients such as mushrooms, cloves, soy sauce, cardamoms, fennel, herbs, and sugar to create a tender, savoury, and meaty dish.

• Red Braised King Prawns. Another favourite that falls under the family of Shandong cuisine is the king prawns which are caught fresh off the Yellow River Delta in the famous Bohai Gulf. The prawns are then simmered to perfection slowly in dark soy sauce.
• Four Joy Meatballs. This is delicacy cuisine which utilises a variety of fresh ingredients to give it its distinctive taste such as minced pork, ginger, spring onion, coriander, sesame oil, corn flour, eggs, wine, salt, and anise.
• Wotou. Last but not least from the Shandong cuisine family is the delicious wotou which is essentially a bun that is made from corn flour and shaped as a hollow cone making it look like an inverted bird’s nest made from corn flour, chestnut butter, and sugar. 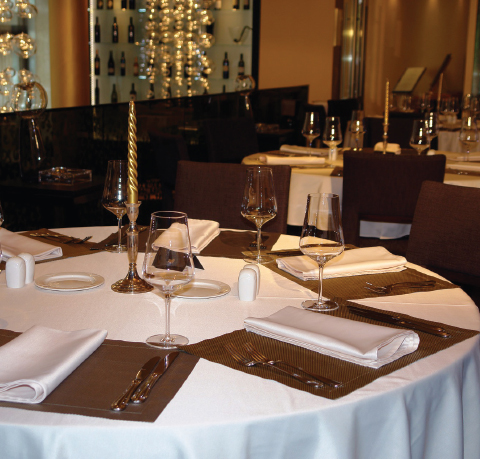 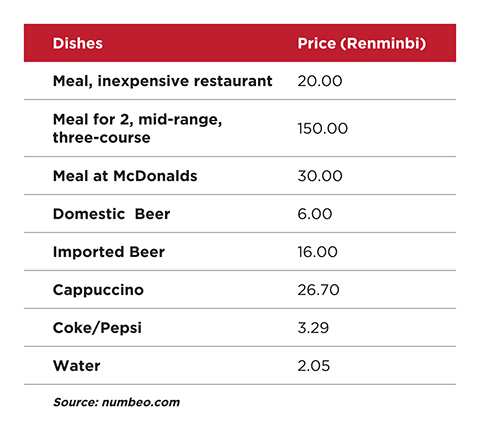 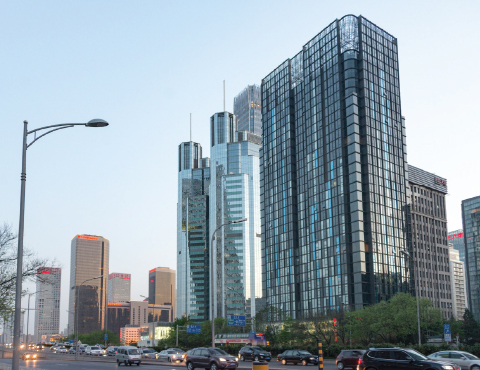 DOING BUSINESS IN NORTH CHINA
Companies doing business in North China are more susceptible to certain risks including fraudulent reporting, misappropriation of assets, and lack of management integrity. “Guanxi” or “relationships” are of particular importance in this region and this includes relationships with government, investors, partners and even staff.

Forms of Business Organisation
The most popular form of a company in North China is a limited liability company, but apart from this, there are several other options available to foreigners including company limited by shares, foreign investment entities, and representative office.

Requirements for Setting up a New Company
There are several requirements that companies will have to go through to set up shop in North China, including audit requirements, where a China-registered Certified Public Accountant (CPA) must audit their accounts at the end of the financial year.

Apart from that, the approval of the company depends on the nature of the proposed project, which can come under four categories including encouraged projects, restricted projects, prohibited projects, and permitted projects. Most ventures come under the permitted projects category which makes it easier to set up from a business and tax perspective. If your project falls under the restricted category, there could be restrictions such as the amount of investment coming from the Chinese party. The Ministry of Commerce (MOFCOM) has overall responsibility for the approval of foreign ventures. 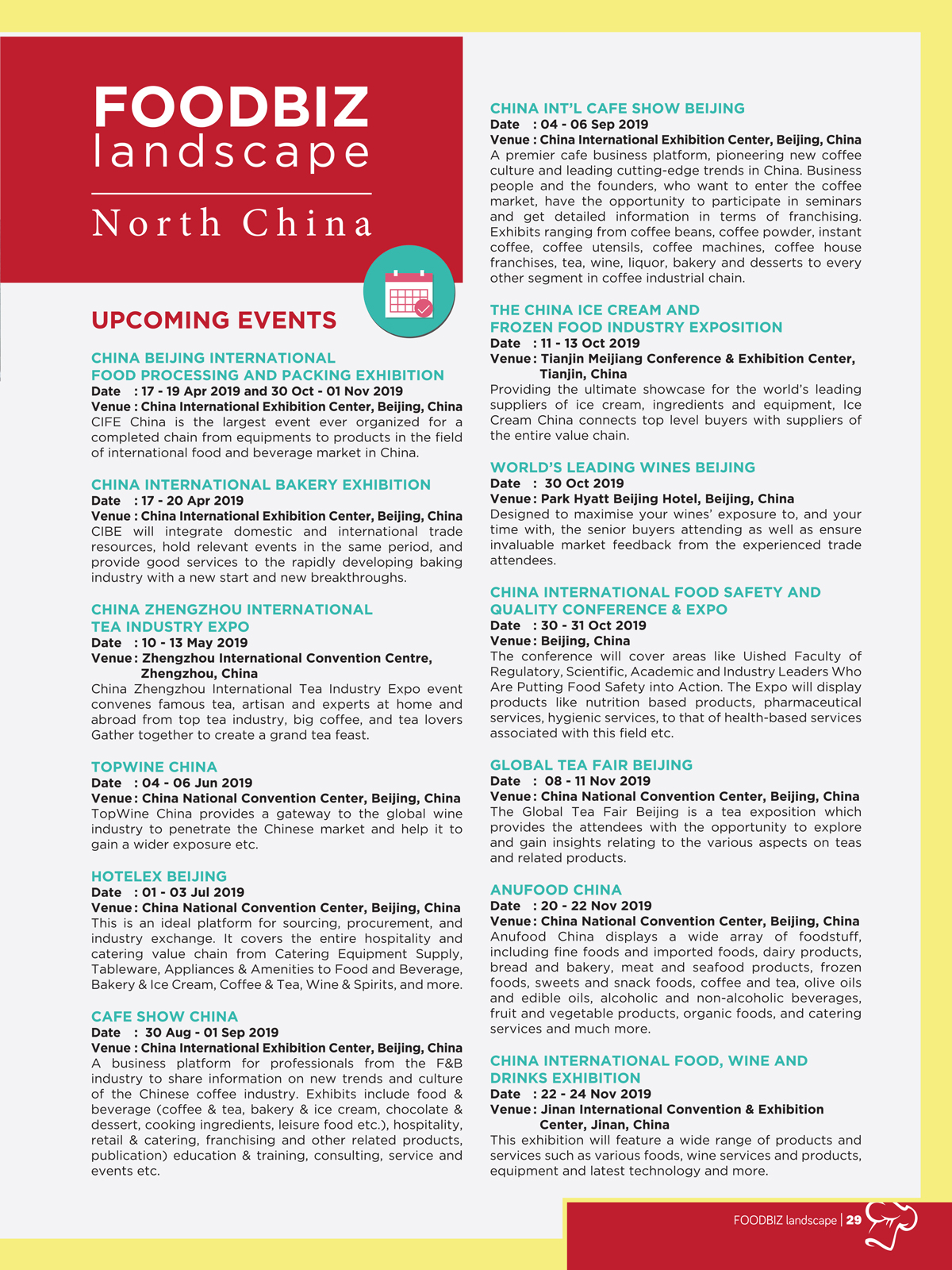