By Eileen ChanFebruary 8, 2020No Comments

In the last decade, health and nutrition have become a part of the limited-service conversation just as much as speed and convenience. Customers started to demand healthier menu options and much responsibly raised and sourced ingredients, leaving restaurants with no choice but to answer the demand. More restaurants are rolling out clean ingredients, while emerging food service businesses are innovating with vegetables and superfoods, signifying a significant shift of lifestyle in Asia Pacific. 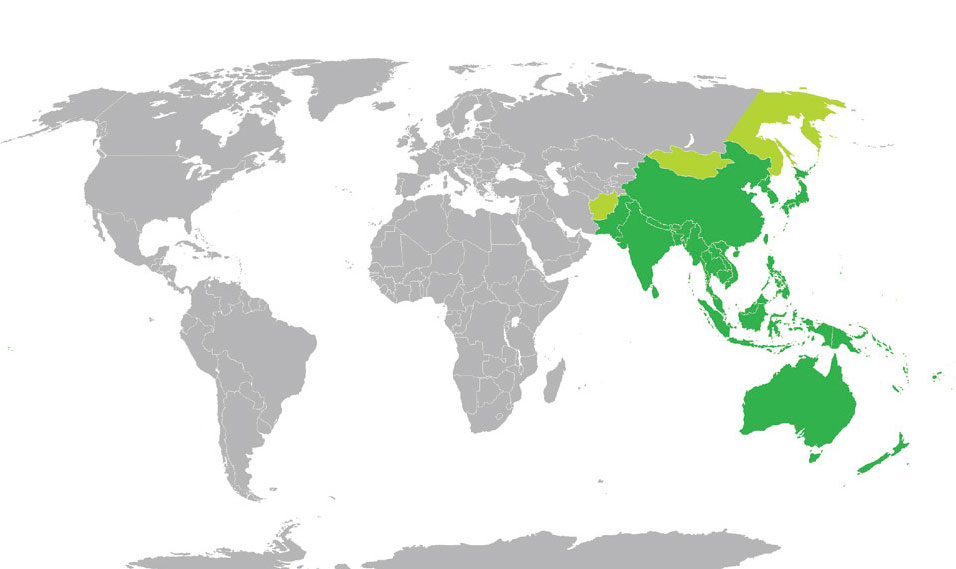 “Across the region we are seeing a trend towards healthier eating as consumers recognise the nutritional benefit and impact food has on their wellbeing. With an expanding middle class and rising disposable incomes across Asia, there is now a wider base of consumers willing to spend on products that support their overall health. At the same time, consumers are increasingly time-poor and are seeking convenient options that will allow them to maintain their health on the go. From an industry perspective, this means consumers want healthier snacks and beverages in a ready-to-eat or simplified cooking format.” – Karen Leong, Kantar Worldpanel’s Regional Account Director at Fonterra’s Food Trend Media Briefing 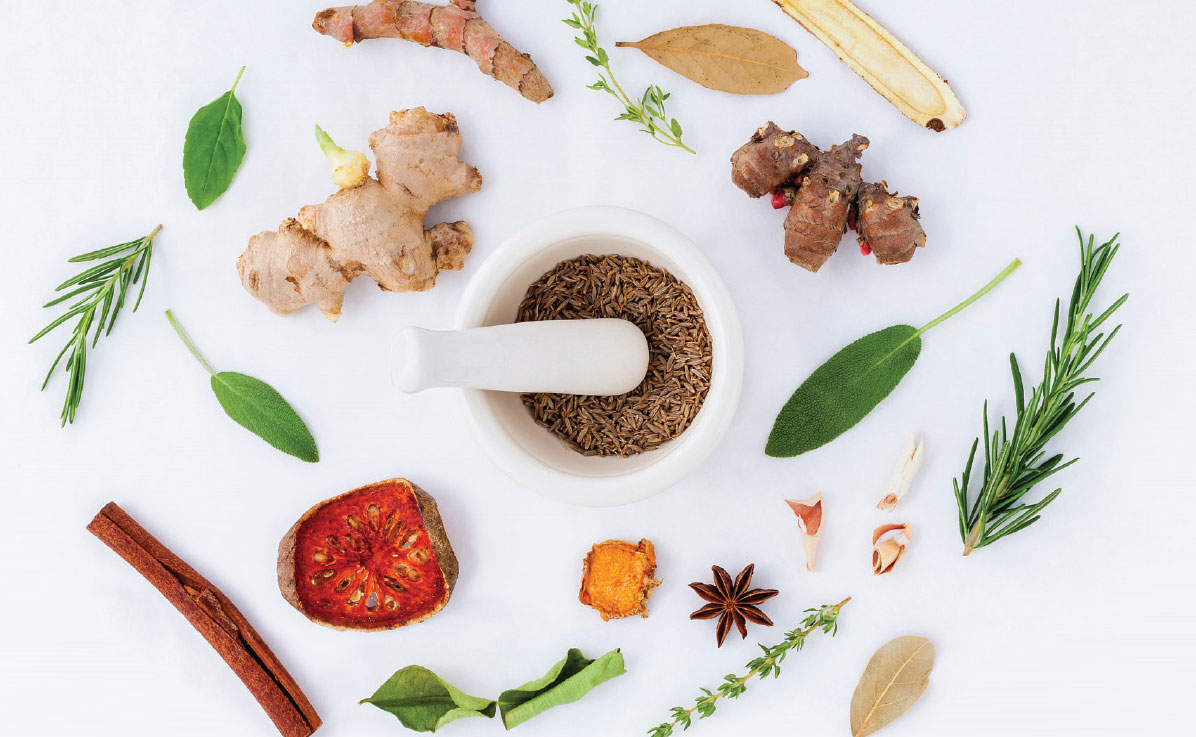 As consumers in Malaysia become increasingly educated and more knowledgeable about healthy living, they are expected to place a strong emphasis on adopting a healthier diet in 2019. This helps to drive the value sales of health and wellness products over the forecasted period. In fact, with their good reputations and well-known brands, local players remained strong in both health and wellness packaged food and beverages in 2018.

In Singapore, for instance, 98% of consumers are reportedly trying to improve their diet. This has led to a rise in the sales of food and beverage products that are aligned to their current preferences.

In 2015 alone, the total market size for organic packaged food and beverages in Indonesia was US$10.9mn. The market has been consistently increasing by 7% each year.

In India, turmeric drinks has gotten into the list of health crazes. The growing health awareness amongst Indian consumers for ingredients like turmeric and their associated health benefits is making them more dependent on nutritional information in making product choices. In the foodservice sector, Indians are attracted towards food and beverages with health claims, and make conscious efforts to include these items in their diet. 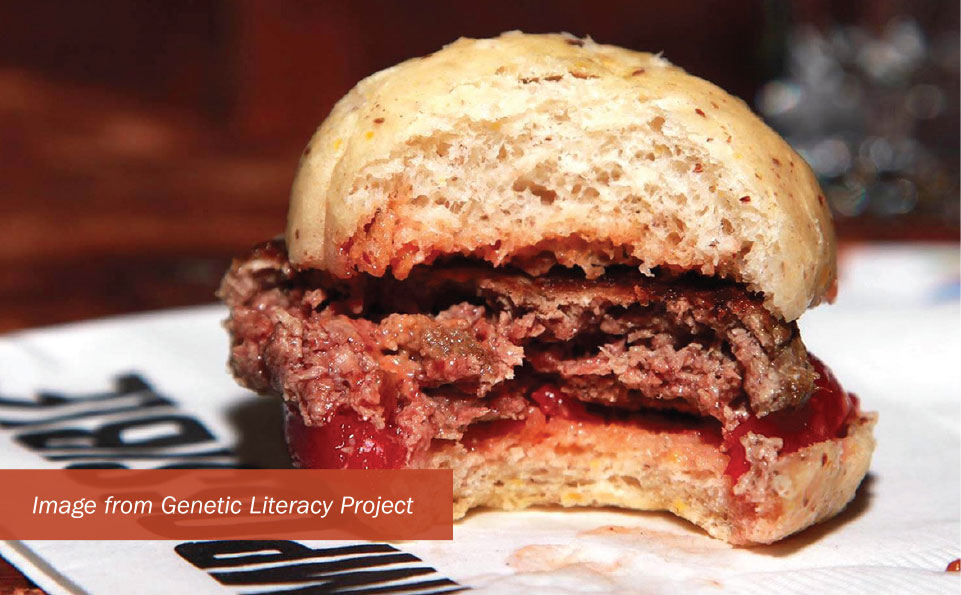 In fact, the plant-based food trend has really started gaining traction in Asia since 2017 when big companies started penetrating the region. An example of this is Beyond Meat, whose “meat” products are actually made up of 100% plant protein that looks, cooks, and tastes like real meat. It recently made its debut in Southeast Asia, opening a store in Singapore in August 2018. Even Josh Tetrick, the CEO Billion-dollar US start-up, JUST – famous for Scramble, an egg-free scrambled egg – told Food Navigator Asia that he’d probably start his company in Asia if they were to start the business again from scratch. 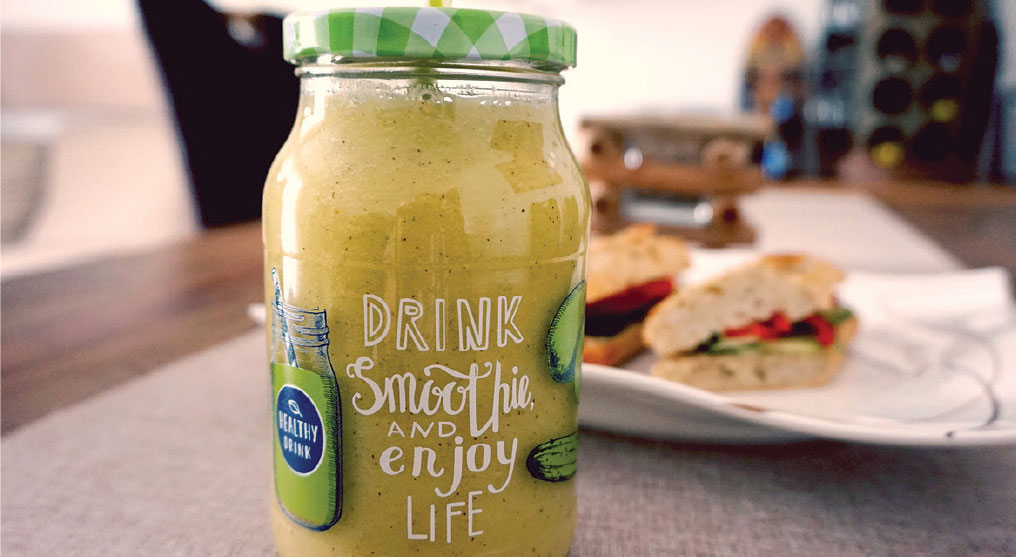 FOR CONSUMERS…
Quality, ingredients, and safety of the food they consume have become more important due to recent healthier lifestyle trends and product safety concerns. Consumers in Asia are constantly seeking fresh produce and ingredients that are organic, natural, healthy and wild and that has none, or a reduced amount of additives and preservatives.

And remember, consumers are willing to pay the price. Given the “exoticness” and unfamiliarity of these health food dishes and ingredients, it’s easier to try them out in cafes and restaurants. It’s the opposite of most dietary advice as home-cooking is usually the healthier route, but some ingredients are hard to source to cook at home. A lot of these things are also not what the Asian community have grew up eating, so they’d rather leave it to the professionals who appear to have a broader palate and know what they’re doing.

At the end of the day, the elephant in the room for healthy eating is its’ price. These healthy meals are not cheap, but it is also a fact that food costs more when it comes from far away, such as fresh berries. It also costs more when it’s produced on a small scale, such as coconut sugar. It costs even more when it’s hard to grow locally, such as organic greens, and when there’s demand for it, such as avocado. 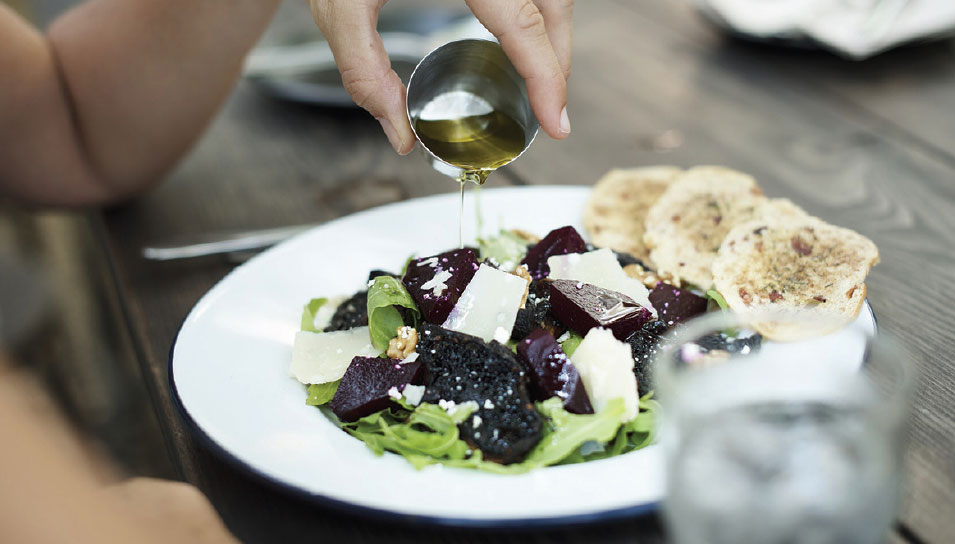 FOR PRODUCERS…
With the demand, comes the concern for supply. Climate and weather conditions play a huge role in the availability of ingredients as they determine what kind of crop can be grown at a particular place. For instance, rice and wheat require different conditions to thrive. Seasonal changes equally affect food production. Modern food storing and modern methods of farming, alongside a much functional and widespread transportation system have certainly changed the way the world eats. All modern shoppers usually do is get their food from a supermarket without being too concerned about how food gets to their shopping cart. 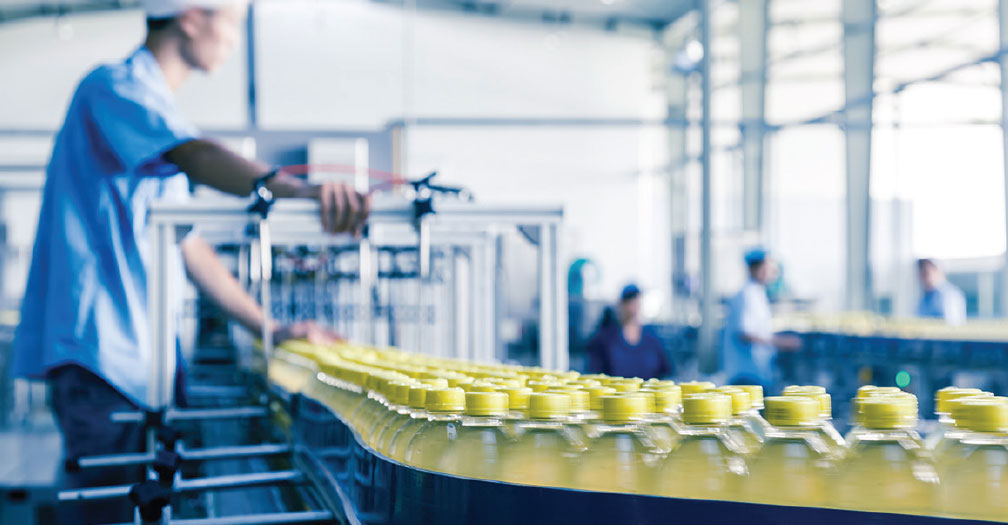 FOR FOOD MANUFACTURERS…
It only means unwanted ingredients, particularly fat and sugar, should be substituted with healthier alternatives. More local producers in Asia are focusing on developing products with reduced sugar or sodium, reduced cholesterol, and reduced fats to meet the demand for healthier products. At the same time, international foods are garnering increased awareness and interest amongst consumers in Asia in recent years. As more foreign products are entering the Asian market, more consumers are getting exposed to foreign food cultures, transforming the Asian region into a vibrant market for healthy food and beverage producers.

FOR RESTAURANT OPERATORS…
Changes are inevitable in the foodservice industry in Asia. Some great changes are already taking place, seeing additions of whole grains, fruits, and vegetable sides to menus – changes that are necessary so operators will stay in business. Otherwise, restaurant operators will fail to be ahead of the F&B trends, miss out on how people are eating, and undervalue the level of quality customers seek in food as well as their expectations.

But this could mean growth or slowdown. Although the future likely lies in feel-good or functional foods, organic food or a similar combination, the gap between the limited-service industry’s accessibility and affordability, and the quest to improve diet quality remains a dilemma for many operators. 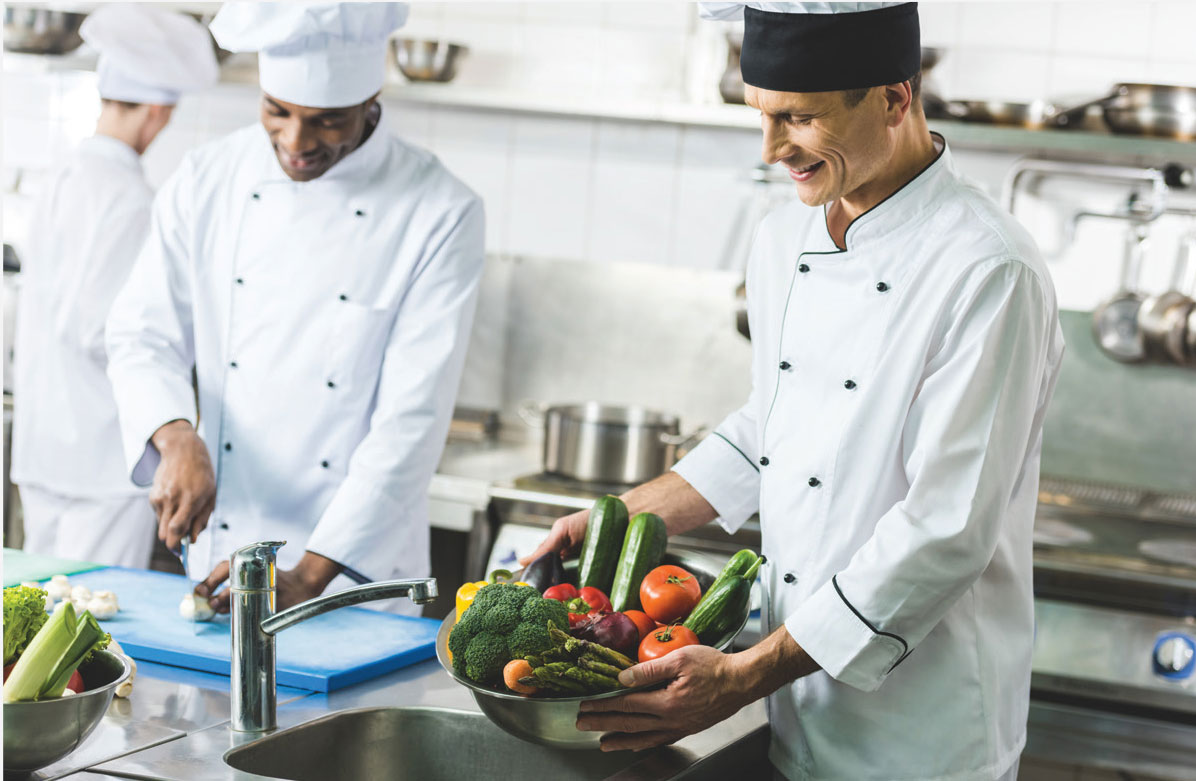 FOR CHEFS…
That only means more chefs who are thrilled by new and interesting culinary selections are needed. As the world moves towards the farm-to-table movement, the need for healthier options are becoming more prevalent. Chefs should develop an eye for sustainability, yet not lose their mastery of creating tasty and innovative menu offerings – it’s a future that chefs need to adapt to.

“I think that there will be an emphasis on high sustainable food produce as it is becoming increasingly important to know where your ingredients come from. People are looking for untainted food produce with minimal influence. I also think foodies will look for a cleaner taste in dishes in the coming years. I also think that there will be a focus on the usage of sustainable wastage, for example, making use of every part of the food to avoid wastage and trying to encapsulate that into dishes. Fine Chinese cuisine will also definitely catch on, which is rather missing in Malaysia. I also predict that there will be a building of marriage between our local heritage as an emphasis. We will see a lot more local Malaysian influence in dishes soon, not a complete retake on traditional recipes, but creations based on tastes which remind Malaysians of where their heritage lie and childhood memories, regardless of race and religion.” – Darren Chin, Executive Chef of DC Restaurant (Kuala Lumpur, Malaysia), featured in Food For Thought

According to Datassential’s report in 2018, Plant-Forward Eating, 75% of all restaurant operators offer at least some kind of superfoods in the menu. A majority in the remaining of them offer mainstream varieties such as blueberries or salmon, and only 10% of them offer nextlevel superfoods such as chia seeds or turmeric. Leading the trend are the fast casuals who are beginning to see massive growth in superfood penetration. Casual dining is slowly penetrating yet projects the highest growth among foodservice segments. In summary, the trend is growing and most growth has only emerged from within the past three years. 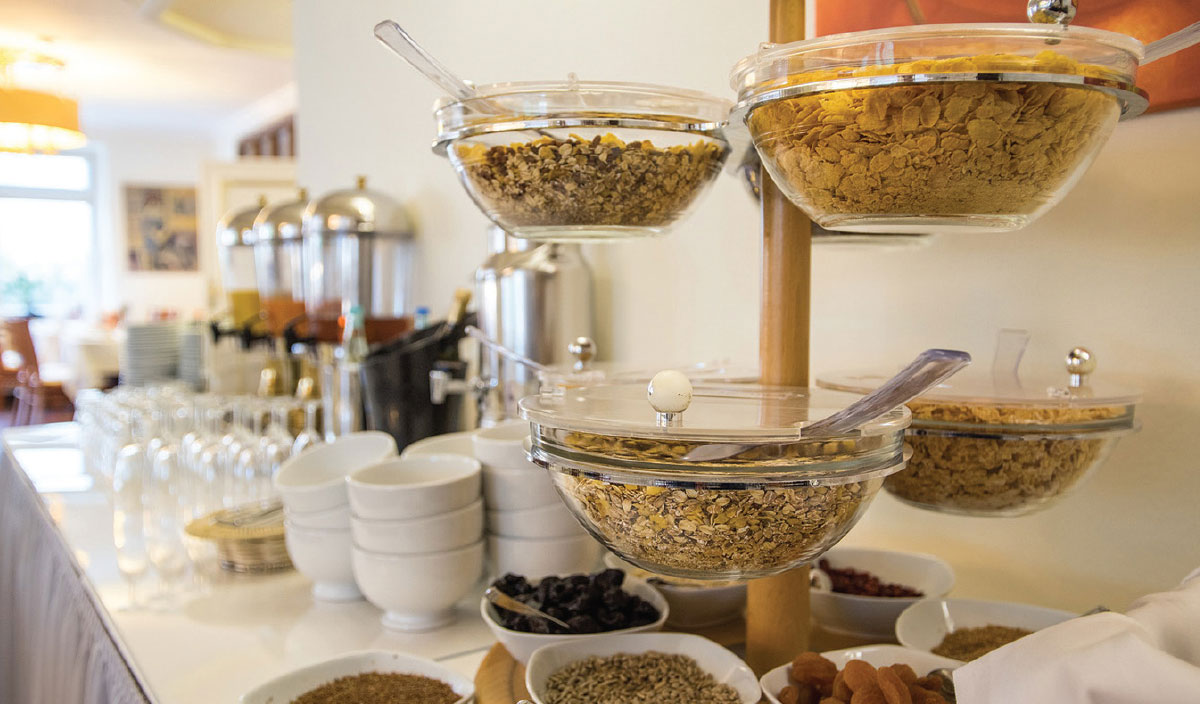 FOR HOTELS…
The notion that healthy food hardly sells in hotels is no longer the case. In hotels, guests constantly seek healthier options and expect hotels and resorts to accommodate their dietary needs. While it used to be the minority that would be picky in what they ate, now, hotels are fairly commonplace for most guests to expect fresh and organic food. Especially when it comes to hotel dining settings, harried travel, and unfamiliar, away-from-home cuisine, guests develop the tendency to be overwhelmed by the drive for dietary perfection.

For instance, in Outrigger Laguna Phuket Beach Resort, more vegetarian options are offered as more guests require gluten-free meals and special diets. Phuket is also an area that’s witnessing the growth of organic food, especially among tourists. As a hotel operator, there are plenty of things that can be done to bracket this emerging group of consumers. Start with fresh and new offerings with a guarantee of quality in ingredients and preparation forms for your premier restaurant and your in-room dining, including order-in menus and mini-bar. Doing so would so easily create an additional revenue stream for your hotel.

Yet, the key to meeting the demand is making healthy foods and drinks more convenient and affordable. By doing so, more consumers are consistently driven to defy high-calorie food items and low-nutrient foods such as junk food and sugary drinks, which becomes one of the early steps toward bettering the food environment.