all about the craft for ARTISAN ROASTERY

By Eileen ChanDecember 13, 2015No Comments 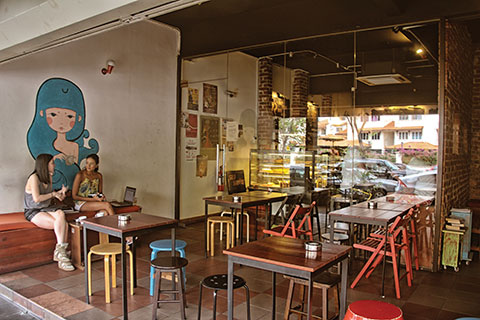 A good cup of coffee is a luxury that people can afford even when times are tough, says Artisan Roastery’s (AR) Michael Wilson. One of Kuala Lumpur’s pioneering outfits in artisanal and independent coffee, Michael saw that Malaysians were looking out for decent coffee. While he has never seen a nation so obsessed with food, he saw that its java options were limited to the local ‘kopitiam’ (coffee shop) or chain coffee shops. Outlets of the latter were often full and people were prepared to pay good money for that meant Malaysians are likely to appreciate and will pay for great coffee. According to Michael, the local scene has great potential because “where else can you go to a cafe and drink Scandinavian style, another and drink Japanese style, another and drink Melbourne style coffee?” Observing that many cities merge too many styles together to stay in trend, it hardly lasts thus his advice is to craft your style and attract the section of society that you want to spend time with because when you understand customers and vice versa, they are likely to return. 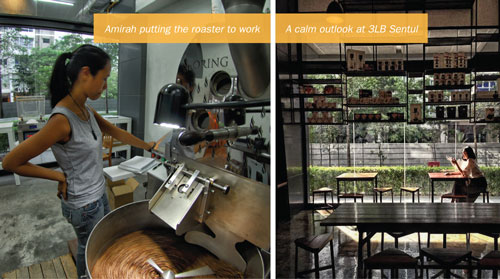 With an ethos of chasing great flavours, the Artisan team, including Joey Mah and Amirah Mohamad go directly to the source for ingredients. We have heard much about single-origin coffee; typically defined as coffee grown within a single known geographic origins. Michael said it was important they knew exactly where the coffee comes from as many roasters, although roasting single-origin, have never met growers and are simply chasing the fad. Also by not knowing the origins, roasters could be mistakingly buying old green beans that have lost their vitality. In continuing their principles of keeping it in their stable, the outfit invested in a roaster and is continously experimenting how to get the coffee that speaks of its identity. 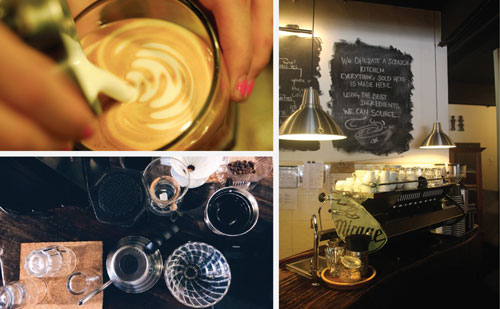 This enthusiasm has led to various cafes getting their coffee supply from AR and it has also branched out with Three Little Birds (3LB). Helmed by Joey Mah, 3LB’s environment takes the chic route at Sentul and Desapark City. 3LB looks at Japanese-style customer service and is supportive of independent bakers while AR’s ambience is down-to-earth with food available in-house such as cakes, pies and a shor t-order menu. Do cafes need food? Michael says that it very much depends on the location – some don’t require any food and some will die without it. To round up its modus operandi on the A-Z of coffee making, AR also sells coffee making equipment such as grinders and espresso machines; not forgetting training baristas.

Believing that quality of coffee will stand the test of time, Artisan Roaster y is deemed as Kuala Lumpur’s best place for coffee by TimeOut KL Food Awards 2014; considered to be the city’s definitive guide to all the buzz. And after 8 years of being in the industry, they must be doing it right for coffee lovers and its fellow associates.