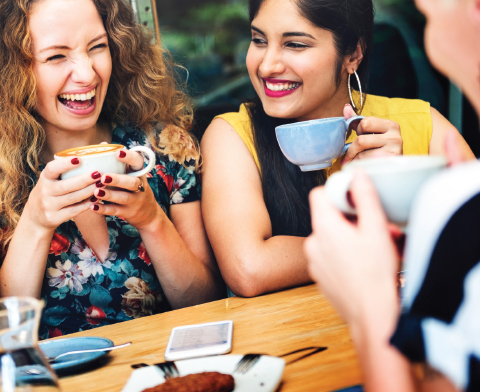 You have had breakfast, lunch and are anticipating dinner.. yet the interval between lunch and dinner is typically 6 hours apart and surely some of us might get peckish. What do you do? We’d reach out for a light snack to tide us over till dinner. Ah, but let us imagine that we have the luxury of a prolonged tea time. Tea time is part of a social construct where people stop what they are doing and gather for a short time to chat. In some companies or civil service, coffee or tea break are formal observances - some even having drinks and light snacks being brought into the office. In an unofficial setting, you might have colleagues piping up to chat over light snacks and beverages before resuming their tasks. Around the world, the human race has found the practice of a tea break to be important to their relationships and the practice might vary from continents to continents.

Middle East - the first coffeehouse existed in Mecca but religious leaders opposed them, citing them as places for political gatherings and unsavoury drinking, thus Muslims were banned from patronising coffeehouses between 1512 and 1524. It is widely accepted that the first coffeehouse in Damascus was opened in 1530 and French writer Jean Chardin described a Persian coffeehouse as an avenue to engage in conversation, where news is communicated and politics openly discussed. Some play games such as chess, checkers and one could also listen to the mollas narrating moral lessons or dervishes who tell stories. 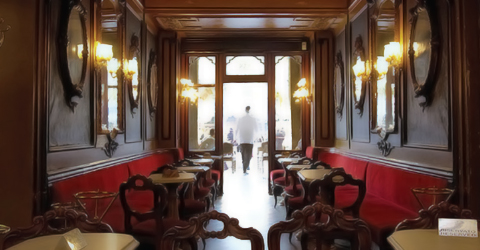 Europe - it took quite a while for the coffeehouse culture to take root outside the Ottoman Empire with the earliest coffeehouses in Europe appearing in Venice while England’s first was seen in Oxford the year 1650.

The reason for coffeehouses followed the same storyline, as meeting places for business discussions, exchange of news and meeting points for all sorts of reasons. One can consider coffeehouses the precursor to clubs in London that began in mid-18th century; places that admitted only the wealthy and upper crust of society. In other parts of United Kingdom, you can find cafés serving petite pastries and sophisticated food or cafes (pronounced “caff”) that are skewed towards casual dining, fried food, breakfast items or referred to by the English as greasy spoon-style eating places. 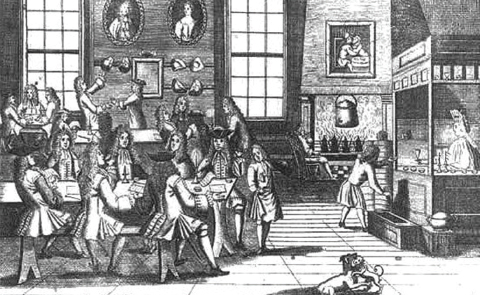 The coffeehouse in this continent would further evolved to become reading centres and libraries, particularly in Dublin in the 18th century. A hub that allowed people from all walks of life to meet and discuss what was in the newspapers, coffeehouses of this era had their own printing presses or had a book shop. 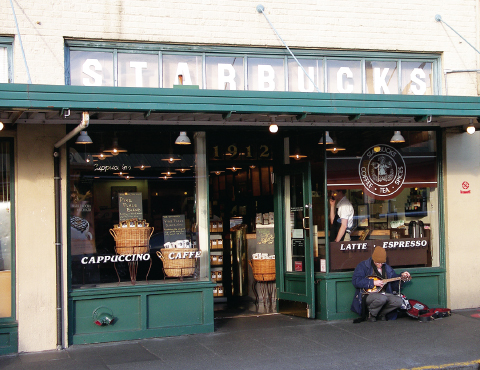 United States - in its nativity, Americans did not have a coffeeshop culture and was introduced to it by Italian American immigrants who wished to bring some of their espresso and pastry culture with them, kicking off in New York City’s Little Italy and Greenwich Village, Boston's North End, and San Francisco's North Beach. The sub-culture of these coffeehouses was live music and soon coffeehouses became the ‘in’ thing and performers like Bob Dylan actually started his career there. From its first outlet of Last Exit on Brooklyn coffeehouse, Starbucks has arguably brought a name to coffee for America with its worldwide influence. Americans also found coffeehouse to be a neutral and non-intimidating ground for church gatherings where people from different backgrounds could come and meet without the perceived traditional notions of uptight and rule-led church. Meetings often consist of acoustic worship, light food and coffee alongside Bible studies. 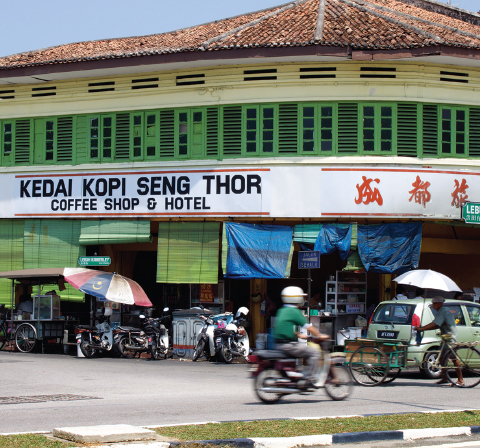 Asia - Typically referred to as coffeeshops in colloquial terms or ‘kopitiam’ in Malaysia and Singapore; a combination of coffee in Malay (kopi) and shop in Chinese (tiam). These are usually decked out with small round tables and stools as people buzz in and out for their meals morning, afternoon and evening.

In Hong Kong, they are called ‘char chan teng’ with the milk tea a must-have for most of the population alongside a buttered bun or instant noodle soup to start their day. In countries like Vietnam, you could even find coffeeshops as coffee stalls by the road side. Of course, recent developments have also lead to the opening of cafés in this region that follows in the style of European cafés that take the casual dining route where ambience is designed for comfort with a vast food and beverage menu that entices customers to stay longer. Prices are in tandem with the cuisine style expertise in the kitchen, the atmosphere and better level of hospitality - all in the spirit of fostering the idea and joy of being in good company.

From the local coffeeshops to mid-range café joints, herein is another branch of the teatime experience. Specifically, the HIGH - TEA or AFTERNOON TEA. There is something alluring about the 3-6pm hour that food and beverage establishments have worked hard to fine tune the meal experience for customers. Not too much, nor not too miniscule that it might look ‘cheap’ and ‘stingy’, copious amounts of freshly brewed coffee, a rack of special teas, meaningful conversations all in a setting that speaks of a special experience. Let’s talk about what makes an impeccable and memorable high-tea outing.