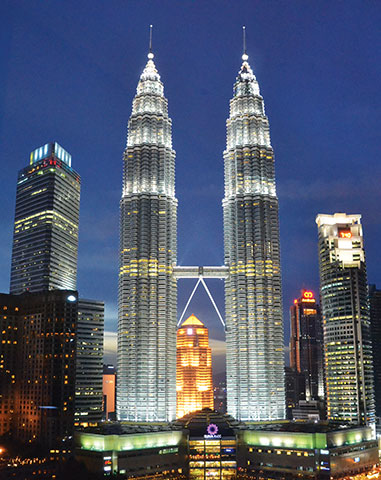 Ask any Malaysian what they love best about their country and 9 out of 10 will agree “THE FOOD!”. It is not just the Malaysians but you’ll find that tourists agree too. With a history that dates colonisation by the Portuguese, Dutch, Japanese and British; coupled by migration via a main travel route that is South China Sea, you’ll see how these elements contributed to Malaysia’s food identity. On top of that, the country has 13 states resulting in, at least more than 10 interpretations of ‘laksa’; (a rice noodle dish with soup!)

While a food-obsessed nation seems like a clear winner it can sometimes be tricky to enter the market because many Malaysians still count local delicacies as their default choice. Many brands have came and fizzled out. Some being brave enough to try again and succeeded. Nevertheless, its citizens are extremely receptive and excited for new eating experiences! If you’re planning to introduce yourself to Malaysia; here are some facts, figures that may be helpful to start drawing up your blueprint. 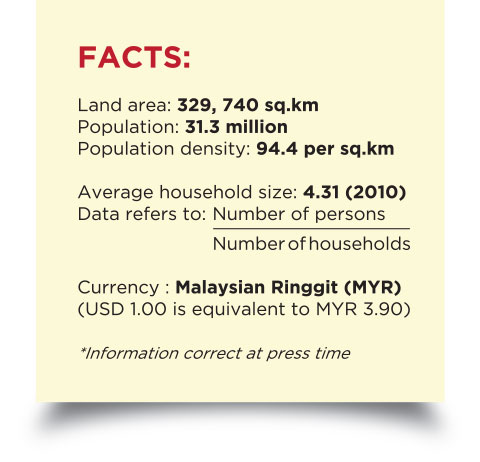 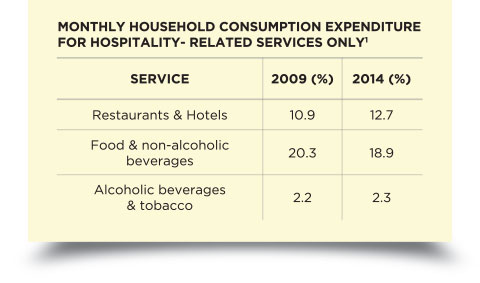 MAJOR ECONOMIC HUBS
We consider these areas to be the most thriving in terms of its demographic’s spending power and other factors such as tourism, well-developed infrastructure to be attractive points for F&B investors.

KLANG VALLEY (SELANGOR, KUALA LUMPUR)
An area that covers both the states of Selangor and Kuala Lumpur (Malaysia’s capital city); it has more than 7 million residents and is expected to reach 10 million with urbanisation targeted to be at 70% by 2020. Prominent zones include:

MALACCA
Named a UNESCO World Heritage City, the relatively small state is extremely popular for tourism due to its culture expressed through foods, religion customs, festivals, culture and designs. The multi-ethnicity can be attributed to the different people who came to Malacca for trade, stayed and assimilated with local culture. Also, it was colonised by the Portuguese and Dutch hence structures built by them are still seen around the city.

PENANG
On the North of Malaysia, Penang is also a UNESCO World Heritage City and developed to become one of the most economically important states in the country. Capital city, George Town is ranked the most liveable city in Malaysia and eighth most liveable in Asia. Tourism and popular food aside, the state is known as “Silicon Valley of the East” and big names have their electronics plants here.

Klang Valley:
The average rental in malls are RM 12.00 psf3while shoplots hover around RM 3.00 – 7.00 psf for suburban areas like Damansara and Bangsar.

Malacca:
One can get a sizeable shoplot around the centre of the state for RM 1.20 – 2.00 psf while rental in malls typically start at RM 12.00 psf.

Penang:
Pre-war heritage shoplots are popular because of its architecture. Rental for such lots around the Heritage zone range from RM 2.20 – RM 5.60 psf. Premium locations in top malls within the island can start at RM 17.00psf.

You’ll be hard pressed to find someone in Malaysia saying there’s nothing to eat aside from stuff from the 24-hour convenience store. Depending how you look at it, you could possibly run a food business anytime you wish. For example: 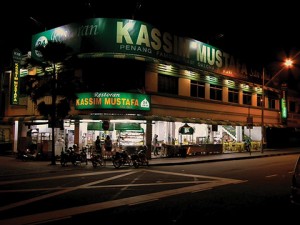 “MAMAK”
Hungry at 3am? No problem. “Mamak” actually refers to the people of Indian-Muslim descent and not the food establishment but Malaysians have personified it. The cuisine is primarily Indian-inspired with many types of breads and curries. It has also assimilated to other food cultures and some also offer Malay or Chinese style stir-frys. You’ll find a mamak stall by the roadside, set up as a coffeeshop and even airconditioned outlets with Wi-Fi to provide the same food fare with more comfortable surroundings. People would gather over cups of ‘teh tarik’ (pulled tea), ‘Milo ice’ and watch football under the night sky from the large projector set up outside the shop. Some popular staples at a mamak include: 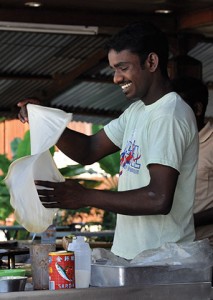 Roti:also known as prata in Singapore, it is made with flour, fat and water before being grilled with ghee and served with curry. It can be made with egg, sardines all the way to Milo powder.

Tandoori items:naans are the healthier option to roti as it is baked inside the clay oven (tandoor) and a good compliment is tandoori chicken. 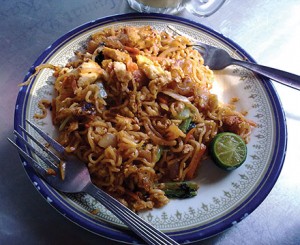 Maggi goreng:The popular instant noodle stir fried with meat, vegetables, bean curd, egg, the soup seasoning and each ‘mamak’ stall will have its secret flavouring to make it special.

Murtabak:using almost the same dough as roti, it is stuffed with minced meat, cooked on the griddle and served with pickled onions, cucumbers and curry. 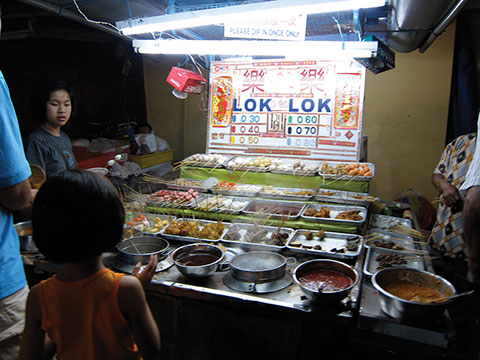 STREET FOOD
Before the proliferation of modern food trucks fitted with cooking equipment, there were the mobile carts powered by a simple gas tank. Vendors could sell ‘lok lok’ which diners pick skewers of meats, fishball and beancurd products to cook in the boiling water, noodle soup, fried noodles, crispy pancakes and many more. You’ll see these carts at night markets, and by the road side. Another popular one is the ‘rojak pasembur’ and ‘cendol’ vans usually stationed near housing estates – not much is needed except a ice shaving machine.

Based on these 4 major cities; these are the average prices of the locals’ favourite food according to the type of establishment it is served in.
• Hawker Centres -standalone shop lots or open air lots with multiple food stalls usually located nearby residential and / or office areas.
• Food Courts -a relatively on budget option for the working professionals with air-conditioning and a variety of food.
• Restaurants, Café -independent set ups in the city, either in malls or in shoplots.
• Hotels / Fine Dining Establishments -the top tier dining

Nasi Lemak:The “national” food item, rice cooked in coconut milk is served with a spicy gravy or known as ‘sambal’. Basic condiments include fried anchovies, peanuts, egg , cucumber and add ons such as chicken, beef or squid. Here’s the price for a plate of nasi lemak with chicken.

Satay:Charcoal grilled skewers of chicken or beef; sometimes even rabbit or pork. Satay is served with a sweet-spicy peanut sauce alongside cucumbers and onions. Price for chicken satay.

Char Koey Teow:Flat rice noodles that are fried in a very hot wok together with bean sprouts, prawns, egg, cockles and chives.

Pasta:The Italian staple also happens to be a very adaptable dish to sell at various places. Example used here will be the unmistakable spaghetti bolognaise 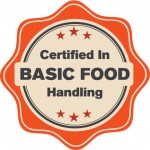 • Food Handler’s Course is compulsory if you are going to handle food. It is a halfday course run by independent companieswhich are certified by the Ministry of Health Malaysia.
www.quantumfood.com.my
www.qtrain28.com

• Licensing
The challenge for Malaysia’s F&B climate is the lack of an umbrella body to co-ordinate all the documentations. To obtain a license for food business; you need to go to the relevant Municipal Council overseeing the area of your establishment’s location.

• Foreign Workers
Work permits are issued by the Ministry of Home Affairs and quota of foreign workers must be obtained by employers at the Ministry’s One Stop Centre (OSC). For a list of approved source countries and step-by-step procedure; you can check
http://www.imi.gov.my/index.php/en/main-services/foreign-worker 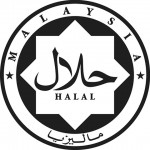 • HALAL Certification
Being a predominantly Muslim nation; ‘halal’ is viewed as important although not compulsory. The term ‘HALAL’ when used in relation to food must mean the following:

a) Not originating from or consisting of any part of or item from animals forbidden to Muslims by Islamic law; or animals not slaughtered according to Islamic law.
b) Not contaning any substance considered impure in Islamic law.
c) Not prepared, processed or made with equipment or utensils not free from impurities as defined by Islamic law.

During preparation, processing or storage, food product must not come in contact or stored near any kind of food that conflicts (a), (b), or (c) or any substances considered impure by Islamic law.Find out more about HALAL certification at www.halal.gov.my 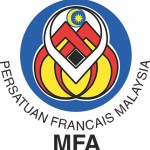 Malaysian Franchise Association
Works together with the Government to support entrepreneurship through franchising and promotes its development.
www.mfa.org.my 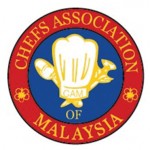 Chef Association of Malaysia
Founded in 1974 for culinary professionals to share information and communicate through seminars, training sessions and culinary competitions.
www.malaysiachefs.com 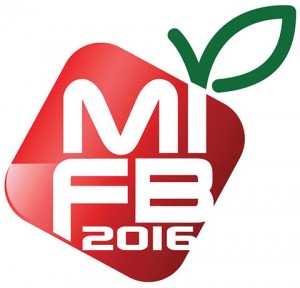 THE 17th MALAYSIAN INTERNATIONAL FOOD & BEVERAGE TRADE FAIR
A comprehensive event gathering product manufacturers, service providers, industry professionals, buyers and F&B entrepreneurs under one roof. In conjunction with MIFB is FoodTech 2016- a platform for producers to strengthen their performance with Malaysia’s growthrate of export improving by 6.4% which amounted to RM 25.6 billion. Seafood & Fishery 2016 also returns for the second time as potential of marine products is strong with Malaysia an important producer, market and trading nation for such. MIFB 2016 will also host the very first Malaysian Siphonist Championship organised by Barista Guild Asia to search for the individual to represent the country at the World Siphonist Championship (WSC) in Korea.

Malaysia’s tourist paradise, the beautiful island of Penang will once again play host to the much anticipated second edition of Food and Hotel Penang (FHP 2016). FHP promises to cement its position as the definitive trade only platform for the Northern region of Malaysia. FHP which enjoys the full support of the Penang State Government and the Malaysian Association of Hotels aims to build on the impressive 240 participating companies from 30 countries that exhibited at the inaugural exhibition in 2014. Featuring an international mix of exhibitors including exciting features such as a dedicated wine village, hosted buyer programme and the now popular General Managers Cocktail. FHP will give you an unrivalled access point to key decision makers in the food and hospitality industries both in Penang and also the neighbouring states of the north.

Malaysia’s premier Food & Hospitality show will return for its 14th showing in September 2017. Building on another record attendance from both exhibitors and visitors in 2015, the FHM series continues to raise the bar in terms of excellence and is now firmly established as the most international Food & Hospitality trade show in Malaysia and also one of the biggest in the region.Food & Hotel Malaysia 2015 (FHM 2015) held alongside Culinaire Malaysia 2015 closed with 1,200 participating companies from 50 countries and 8 national group pavilions. Over the four-days, 90% of exhibitors achieved their objectives with 89% of exhibitors have confirmed their intention to return in 2017.FHM is more than just an exhibition. Packed to the brim with quality content including conference programme, technical seminars, educational talks, celebrity chef cooking demonstrations, it has something for everyone from the Food & Hospitality sector.