Picture a chess game - a player never waits for his opponent to make a move before thinking how to counter it. Instead, he ANTICIPATES the opponent’s move by making educated guesses, then formulates his strategy to win. Why this analogy? You could make a similar comparison when it comes to business planning especially in the highly competitive food and beverage arena. You have to know who is your competition and how they run their show because you could be contending for the same customers. What will set you apart, aside from the taste of food, is the effectiveness of your business operations.

High-volume cooking is a different ball game. It does not mean multiplying each ingredient by 50 times and achieving the same result. There is much experimenting to ultimately achieve maximum production yield with efficiency in labour, energy and time with as little waste as possible. That is why your game plan is crucial and which Virutekk has the solutions for. 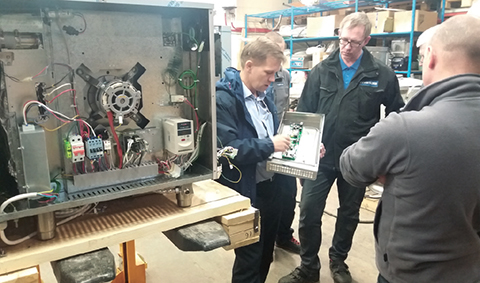 Clearly, a tactical game plan is the company’s strong suit right from the start. Its founder Nail Khayrutdinov did not take long to counter the effects of losing his job. The master of production in a small factory quickly moved to rebuild his life after the collapse of the Soviet Union by raising $100,000 USD to start his own modern kitchen equipment factory. The small team first produced electric range equipment for schools and from a production capacity of 5 units per day, it grew to 10-15 and today, Virutekk’s factories can produce up to 250 units of equipment a day. Determined to set the standards of kitchen equipment manufacturing in Russia, the company extended its reach around Eastern Europe and is now one of the industry leaders in the region. 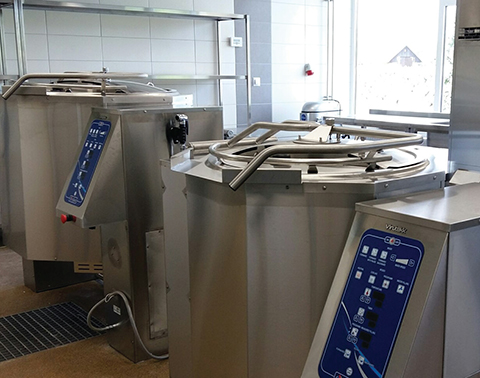 BRINGING RUSSIAN TECHNOLOGY TO THE FORE
At any trade show, brands from Germany, Italy, France or Spain are commonly seen but Russian-made machines might be less familiar to business owners. Yet, it is not a country lagging behind in advancement, considering that it sent the first man to space in 1961 (Yuri Gagarin). That was about the same time that Virutekk’s factory begun operating and having established itself near home, it was now ready to introduce Russianmade, professional kitchen workhorses at agreeable price levels for the economics in kitchen management of today. 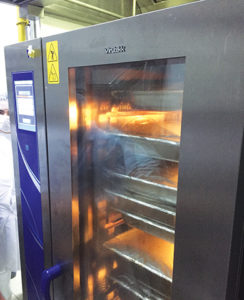 Virutekk’s Principal, Mr Rain Haava, who has been in the kitchen equipment business since day one of his career, is convinced that intellect and expertise combined with technology produce affordable kitchen equipment that mitigate the everrising costs of operations. The Russian company’s production is divided into 3 factories, namely Chuvashtorgtekhnika, Elinox and Frosto that are located in the same territory. A cumulative 1000 workers and 40 engineers are stationed to ensure processes, executed by automation, run smoothly. To further support its production capabilities, a fourth components factory dedicated to items such as motors and switches would be opening soon. As nobody does great work on their own, one of Virutekk’s strategies is to bring the best of the world to produce quality equipment and one would see metal-processing equipment by top manufacturers such as MESSER (Germany), Salvagnini (Italy), FinnPower (Finland), MAZAK (Japan), AMADA (Japan), HAAS (USA), Leifeld (Germany), CEMSA (Italy), SILLEM (ITALY) and SAIP (Italy). Top-quality equipment components are provided by companies like E.G.O (Germany), VULCANIC Triatherm (Germany) and GOTTAK (Spain). All these partners are integral to realise the brand’s vision in supplying end-to-end equipment for large scale kitchens. 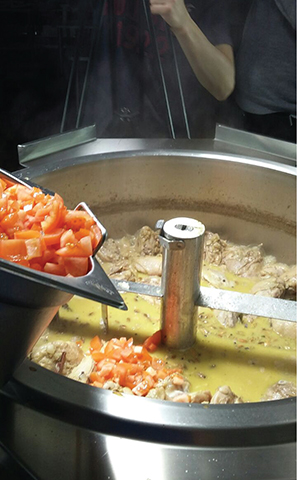 KEEPING ITS EYES ON THE GOAL
Virutekk’s founder was sharp in identifying the need for better efficiency in high volume cooking. His team of engineers started to design electric range products in various categories. Over the years, product offerings have expanded according to industry needs. By constantly keeping in touch with their customers, new products are introduced or improvements in current products implemented. For example, the combi-kettle has gone through more than 10 improvements after hearing from their customers. As important as feedback is, seeing is also equally important and engineers are always visiting international exhibitions to keep themselves abreast of the market trends and drive innovation for a better product experience.

In line with this, Mr Rain Haava recounted a conference he attended a few years ago and a scientist spoke on future trends whereby equipment would be built with more internal intelligence and trade will become increasingly online. “If we look closely, we are already at the fringes of the future and one of the areas we are working on is the enabling of diagnostics from a distance via web. It will enable customers to troubleshoot the problem to the service team and the latter will only need to make one trip to the site with the necessary repair components and fix it immediately. This will cut down downtime for users and provide better traveling efficiency for the service team”, he said. 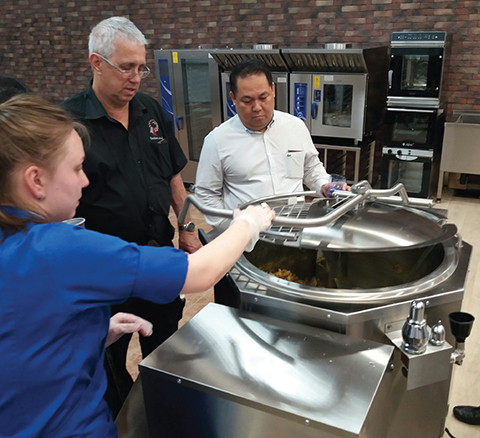 We can enjoy the convenience of advancement but nothing comes close to a sensory experience for potential customers. That is why trade shows remain the core of Virutekk’s communications, particularly as it begins entering the Asian market. Through research and observation, it is confident of making in-roads in this region because the Asian menu such as rice, soups, sauces, curries can be executed with Virutekk’s equipment and realising the favour towards gas equipment, it also developed gas ranges and 60Hz variants.

At its first FoodHotelAsia trade show in 2016, Virutekk courted significant interest from dealers and has now established engagements with some of the leading distributors in the region. And Asia is beginning to shape up well for the company with major chain outlets finding strategic partnerships in Virutekk. To enable dealers to share a more convincing perspective to customers, Virutekk arranges factory visits in order for them to see the bigger picture of its sophisticated operations. On maintaining regular engagement, interested parties will receive e-newsletters on the manufacturer’s recent activities while also leveraging on their social media platforms to reach out to its target market all over the world. 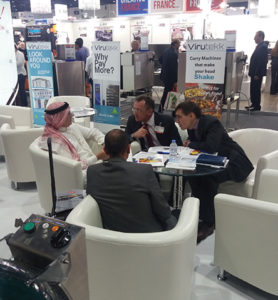 PRODUCT DIVERSITY - A PART OF VIRUTEKK’S STRATEGY
Whether hospital kitchens, hotel kitchens, central kitchens, chain restaurant kitchens or bakeries, the team will walk through the facility with the owner to look at its production capacity, cost of production versus expected yield, space allocation and many other factors. They will then formulate the best possible implementation for the client to enjoy maximum benefits with Virutekk’s equipment. While Virutekk is primarily targeting high - volume kitchens, it is not discounting the needs of lighter scale operations as any business owner would definitely appreciate quality products at reasonable prices. Therefore, one would be able to find compact units that are designed to provide adequate efficiency as per scale of production especially in the case of ala minute preparations. The automation from preparation to serving stage ensures that every plate of food remains consistent day after day even in the face of changing employees. 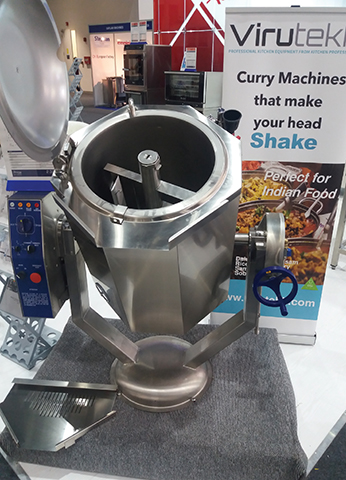 During exhibitions, it is not surprising for Virutekk to receive nods of approval towards its products and upon enquiry, most visitors are surprised by the affordability of the company’s well-made and technologically adept equipment. By being sure of its niche from the start and employing the right strategies to grow its business yet being flexible enough to cater to diverse needs, the manufacturer has successfully made a name for itself in the industry and is set to go far and wide, one region at a time.