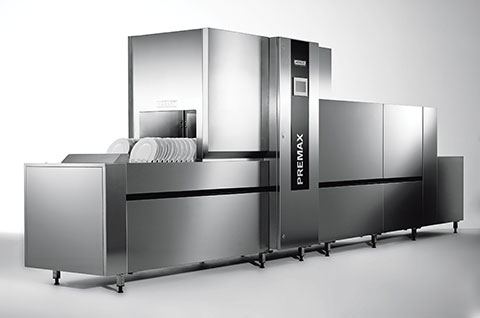 The story of HOBART essentially began in 1883 where Mr. Charles Clarence Hobar t built his first engines and generators in Middletown, Ohio. Fast for ward 133 years later, the company is best known in the industry for its warewashing innovation although it took some time before the company found its niche. In the early 1900s, it built the first food processor, a selfcontained powered coffee mill which purposed to make daily work in the kitchen more efficient and economical- vital philosophies that would forward the company’s future products for the commercial kitchen. There were meat saws and mincers, planetary mixers, even weight wrap products in its equipment reserve to meet the needs wherever food was prepared, served or sold. 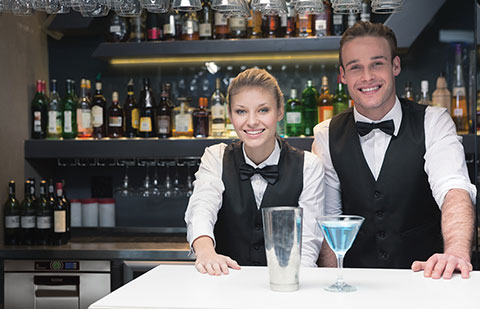 Interestingly, HOBART’s foray into warewashing is related with Josephine (J.C) Cochran; widely accepted by the world as the inventor of the dishwashing machine. In December 1886, she received the patent for the first dishwasher and said “My invention relates to an improvement in machines for washing dishes, in which a continuous stream of either soar-suds or clear hot water is supplied to a crate holding the racks or cages containing the dishes while the crate is rotated so as to bring the greater portion thereof under the action of the water.…”. In 1926, 3 years after J.C. Cochran passed on, HOBART bought over her manufacturing company, The Crescent Washing Machine Company, and enters the commercial warewashing market with the first dishwasher to carry a HOBART label. 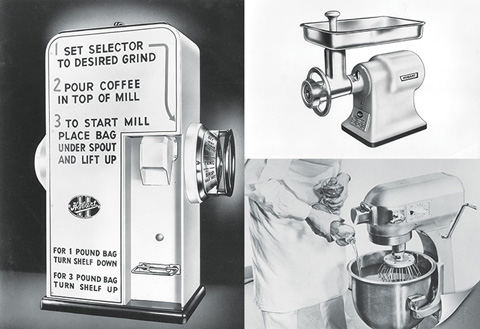 THE GERMAN CONNECTION
Often synonymous with quality, reliability, proficiency and effectiveness, “Made in Germany”is HOBART’s ethos. Based in Offenburg, Germany, HOBART develops, produces and sells warewash and cleaning, cooking, food preparation and waste treatment appliances and systems. In 1926, the first commercial dishwasher made by HOBART was a real “key”event and the trajectory to its success. Receiving the patent for the first flight-type dishwasher in July 1953, cemented HOBART’s focus and in 1960, it took over the production of dishwashers from the Mar tin Company and became one of the most important employer in Offenburg. Warewashers from the company serve hotels, restaurants and caterer, bakeries and butcheries as well as supermarkets, airlines, cruise ships, automotive suppliers, research centres and pharmaceutical companies across the world. HOBART employs around 6,900 staff members across the world, 1,000 of them in Germany. 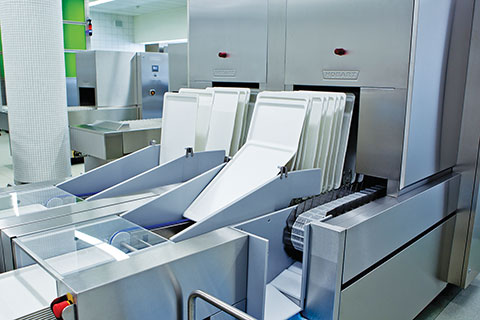 Although a subsidiary of the US Illinois Tool Works (ITW) Group, it has chosen to be in Germany as ITW grants autonomous policy to its 800 companies in 56 countries. Following the success of its PREMAX range, it built a new international research and development design centre in Elgersweier, Germany. The brand has definitely not gone unnoticed in the industry as from 2007, the company received several awards. For example in 2013, it was voted best warewashing technology brand in German restaurants and hotels based on the image sur vey "BestMarke 2013/2014"by the prime German-Language trade journal, the "Allgemeine Hotel- und GastronomieZeitung"(AHGZ).

WHAT’S THE FORMULA?
For every manufacturer has its personal ethos in production, so does HOBART. The philosophy is Understand - Simplify - Focus - Innovate. It is driven to meet the essentials of what customers value and built on the conviction that things created for a purpose and with logic, do not need to be completely renewed, but must instead be subject to continuous evolution. The four point values are reflected in its machines from the early 1980s that set benchmarks in energy saving and recover y; which are even more pertinent today. The desire to fulfill these demands can be seen in its PREMAX line which star ted a new chapter for the company where continuous improvement is built upon - new technologies that help PREMAX users save up to 60% of water, 40% of energy and 80% of chemicals. From the time it saw the potential of J.C. Cochran’s dishwasher, HOBART knew it would someday become a key item for the industry and it continuously and is currently the most economical, ecological and innovative dishwasher range available on the market. 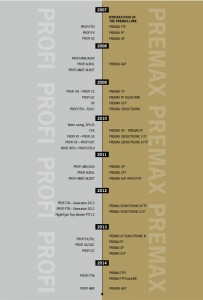 With initial investment cost and operating costs a main concern to users, HOBART teamed up with the "Tech Center" of its US parent company ITW to pursue intensive basic research. A number of studies have been completed, focusing on issues such as the optimum size of water droplets for best dishwashing performance and the most effective measures to reduce energy loss. As an expansion of PREMAX, it introduced the PREMAX UP utensil washer complemented by the HYDROLINE PURE RO-I; a new integrated reverse osmosis to make polishing glasses and cutlery manual a thing of the past. In 2014, its new flight-type dishwashers PREMAX FTPi and PROFI FTNi entered the market providing users a new design and the AUTO-CLEAN self-cleaning system and the twinLINE technology that were firsts in the world. A new utensil washer series with lateral wash system followed in 2015. 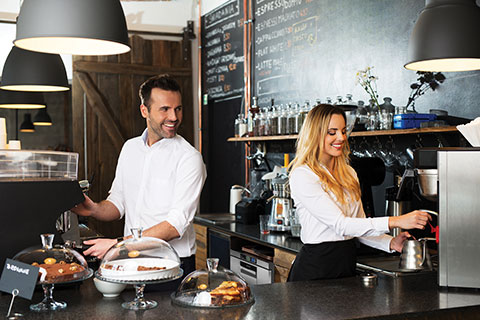 AN EYE FOR SUSTAINABILITY
Being in business for more than 100 years is no mere feat. Apart from the consistent evolution of technology and product inventions, HOBART is keen on owning responsibility for the world we exist in. Knowing very well that manufacturing has impact, it focuses on using its resources efficiently and is currently expressed among the public by the formulation “MORE LESS". The company also drew up its own environmental protection programme CO2NSEQUENT which includes a large number of measures all related to protecting the environment. These measures are implemented in production, purchasing, the development and sale of products and in additional projects. Additionally, all HOBART products are manufactured using regenerative energy only. The CO2NSEQUENT principles applied in product development include: 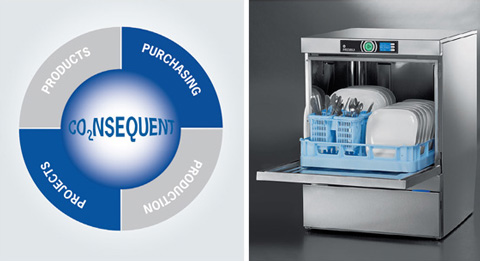 Since the days of Mr Charles Clarence Hobart, the company is steeped in its endeavour to always try new things and to make work in the foodservice industry easier, more productive and cleaner. Staying focused and striving for excellence always has its rewards as HOBART was recently voted into the 23rd Top 100 Award for the fourth time. The Award recognises Germany's most innovative small- and medium-sized enterprises with the ability to innovate and achieve above-average success rates for its innovations.

Eileen ChanHOBART: a VISIONARY across the CENTURY09.20.2016