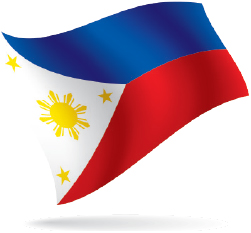 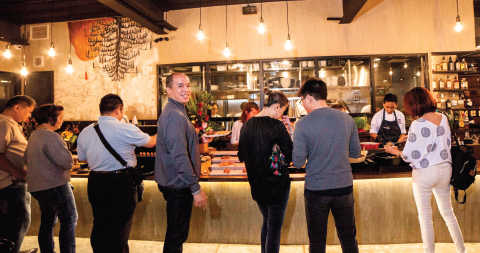 Japanese cuisine has been making waves across the globe and continues to gain unprecedented growth. Nippon.com reported there are 117,568 Japanese restaurants outside of Japan as of October 2017, according to data collected by Japan’s Ministry of Agriculture, Forestry, and Fisheries. This is 30% higher than the statistics released in 2015. In Asia, there are around 69,300 restaurants, up by 53% compared to 2015’s statistics and accounts for approximately 60% of all Japanese restaurants worldwide. 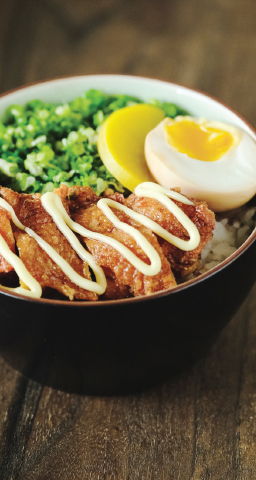 In the Philippines, locals and foreigners are embracing Japanese food enthusiastically. Options abound-from luxury to fast food and street food, from franchised to homegrown, from traditional to progressive, from meals in a box to “conveyor-belt” sushi restaurants, and from about a hundred set meal combinations to a la carte dishes.

Filipino’s love for Japanese cuisine is no surprise since there are few similarities between Japanese and Filipino food, particularly the love for rice. Japan’s rice-centered food culture where rice is served with vegetables and fish or other seafood was recorded to reach a highly sophisticated form during the Edo period (1600-1868), according to Web Japan.

Rice continues to be the core of native Japanese cuisine. Similarly, a Filipino meal wouldn’t be complete without a cup or two of rice served with veggies and fish, pork, beef or chicken dish cooked in a variety of ways.

Renowned chef and owner of Ikomai + Tochi, Chef James Antolin, who is also the president and co-founder of LTB Philippines Chefs Association and founder of Pastry Alliance of the Philippines, shared his thoughts on the popularity of Japanese cuisine in the country. 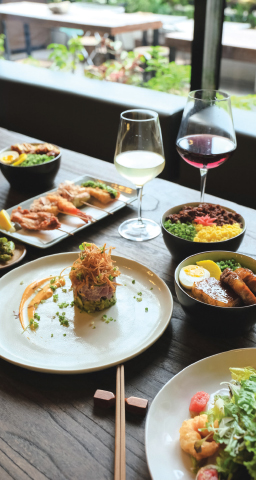 “I would say 10-15 years ago, Japanese food is just your typical tempura, sushi, and sashimi. Now that many people can travel because of lower airfare-it’s cheaper to go to Japan now than fly locally-people are now more educated and exposed. Filipinos are now more familiar with the Japanese cuisine,” explained Chef James.

“Kids nowadays are also learning to eat sushi and sashimi. 20 years ago, parents would say, ‘don’t eat that, it’s raw.’ One key thing here is educating people. You put the food on the table, you explain to them how it’s eaten, how it’s done, and they will appreciate it.”

This popularity made the Japanese ingredients more accessible in the supermarket and Japanese stores are popping up because of increasing demand, making the dishes more authentic.

Chef James added that it is easy to open a Japanese restaurant in the Philippines because the cuisine is appreciated in the country.

“A lot of Japanese restaurants are now opening here, and I would say 7 out of 10 are doing well because Filipinos are familiar with the food. For diners, it is easy to eat. When you talk about certain dishes like sushi, sashimi, karaage, and tebasaki, it’s straightforward. Diners know exactly how to treat the food.” 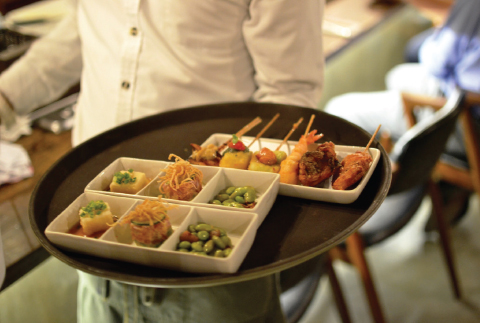 Serving Nagoya-inspired cuisine, Chef James describes Ikomai’s menu as progressive. “We’re evolving; we play it differently. Like, we would get the sauce from Nagoya and then cook a fish from Osaka-that kind of thing. We don’t want to call it fusion because 9 out of 10, fusion is more of confusion because it’s something which you don’t know; you put the ingredients together and then you got lucky it was good. At Ikomai, we put one recipe to another recipe. We know exactly what it is,” he explained. 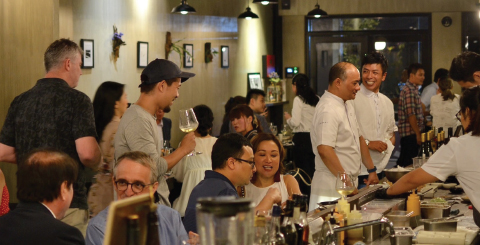 Ikomai + Tochi, a family-friendly restaurant, has three faces. There’s a dessert place called Tochi, the main dining area Ikomai, and the outside dining which transforms into a barbecue area on Friday nights.

“People nowadays are looking for something different. We are not your typical Japanese restaurant where you have to be formal. We are more relaxed. And when you come in here, we don’t scream at people and say irasshai-mase.” (Irasshaimase is a Japanese phrase which means, ‘hello, welcome to our restaurant.’). 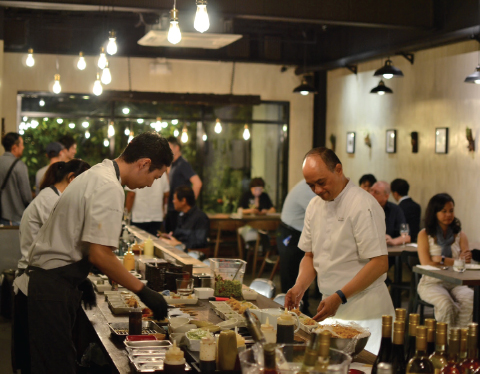 For a Filipino who grew up and lived in the United States for about 24 years before moving back to the Philippines in 2004, it is surprising how Chef James became bold about opening a Japanese restaurant. 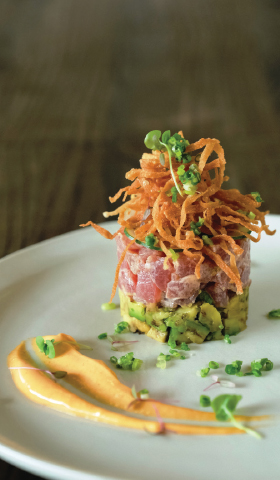 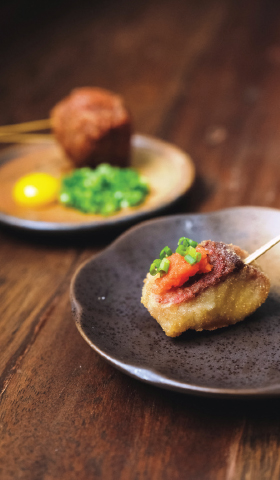