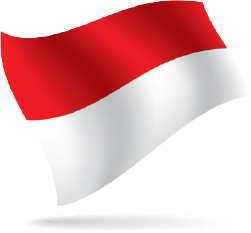 As one of the world’s biggest tea producers, tea drinking has assimilated into the daily lives of Indonesians. For many, tea is a beverage that does not require specific preparations and is often served as an accompaniment for breakfast and snacks. The tea lifestyle soon made way for mass tea products from abroad, especially within the past two decades and can only mean one thing: Indonesians are now exposed to a world of different flavours aside from their regular tea dated from the colonial era. 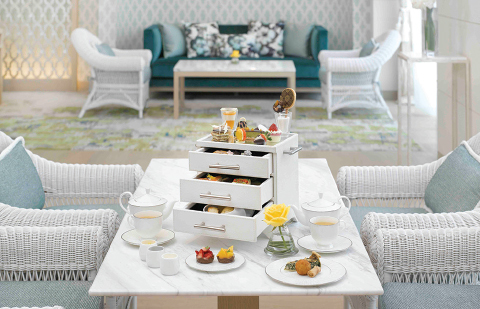 Tea houses introducing the high-tea time culture began to appear and while yet to reach the peak like the third-wave coffee movement, these establishments have their own following of tea experts and aficionados. When it comes to high-tea, more success is found at Jakarta’s five-star hotels such as the Fairmont Jakarta. Its Peacock Lounge seats up to 40 people and offers an intimate ambiance that is suitable for conversational tea time and lunchtime meals. Thanks to its chic persona, Peacock Lounge has also become famous among socialites and social media influencers.

Instead of the usual trays, Peacock Lounge uses jewelry drawers, all clad in white leather to present its spread. Inside one will find the seasonal changing petit fours, tea sandwiches, canapes, and traditional scones with jam and clotted cream. An extensive range of teas from black tea, blue tea, green tea, rooibos, and even the rare white and smoky tea come alongside the food.

Competing with other five-star hotels prompts Peacock Lounge to devise nuanced strategies. On top of showcasing creativity, manpower, or logistics; Fairmont Jakarta works on collaborations as its main advantage. In 2016, Peacock Lounge launched the Show Your True Colours campaign that featured the color-changing theme of the confectioneries from red, orange, yellow, green, blue, violet, and especially pink for the support of breast cancer awareness month.

It also collaborated with Indonesia’s legendary fashion designer Iwan Tirta for an exclusive batik-themed afternoon tea for two months and also to support Iwan Tirta’s fashion show at the hotel. The most recent collaboration was held between the hotel and Kate Spade New York. Launched in conjunction with the Fall 2017 collections, the theme was inspired by 1920s Parisian color palettes which was predominantly red and black with striking motifs such as leopard prints, red poppies, and cherries.

During these promotions, Peacock Lounge’s interiors are usually redesigned lightly to match the theme with the collaborator’s products are put on display. The pastry kitchen also creates a lineup of products that represent the whole mood and the stunning looks of food and ambiance definitely creates a buzz on social media by patrons who love to take photos and share. 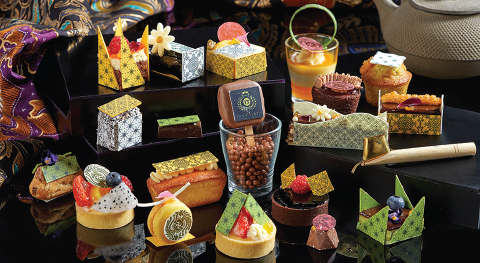 Through this strategy, Peacock Lounge has successfully maintained its tea time culture by keeping it fresh, exciting, and already further collaborations are planned quarterly with other premium brands. With all the values given for the hotel itself, the brands, as well as the patrons; Peacock Lounge ultimately remains faithful to its original concept as a tea lounge that is open for everyone.