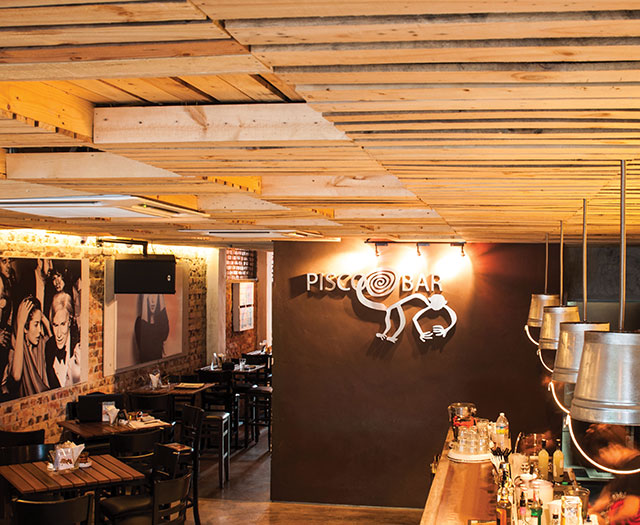 Sounds like an eclectic mix? To break it down, PISCO is a type of spirit or known as grape brandy in Peru. The country’s cuisine is also presented in its food menu together with Spanish food attributed to co-owner Nicolas Fraile’s heritage while co-owners Yvonne and Leonie Tan bring in the Malaysian flavour to Pisco Bar. There is an air of edginess with its industrial-themed backdrop of bricked walls decked with black and white portraits as well as individually drawn paintings. Refurbished from a Chinese coffee shop, its location captures the audience who prefer a place off the extremely crowded street of Changkat Bukit Bintang, opined Nicolas. They also felt that Changkat is marketed as a mustgo tourist spot hence operators simply select to offer ‘happy hours’ to meet those demands but Pisco considers itself well-rounded in terms of cuisine and beverages. 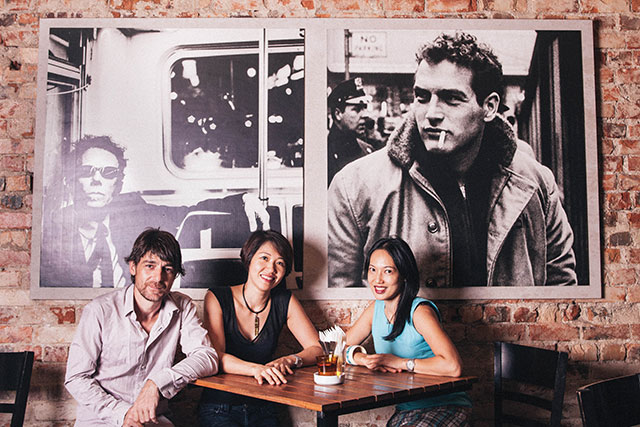 Bringing the Pisco vibe to the city are
owners, Nicolas, Yvonne and Leonie

As we know, beverages are great profit generators and bars have long been established as a place to meet, thus accessibility is vital. Not only in terms of location but also within the bar’s spaces. Nicolas says that in his home country, most people in bars usually hold conversations while standing and move to a dining table if they wanted a proper meal. Bringing that insight and combined with his wife, Yvonne and her sister, Leonie’s experience in F&B management , they made sure the bar catered to customers in big groups, small groups or individuals who prefer to mingle around.

THE BAR EXPERIENCE
The bar takes centrestage and within the perimetres of its display of various beverages; Nicolas says that functionality is the first thing to look into. “The layout needs to be able to facilitate operations (everything within reach) and allow a smooth flow of personnel”, he said, given the small space a bartender works in. Arrangement of items is important as cocktails are made up of different elements therefore the group of mixes for cocktails should be placed together. Drinks that are taken neat are placed in one section and wines kept in wine chillers. He notes that since house wines are poured by glass with the possibility of leftovers, the bartender needs to make sure the temperature of the chiller is accurate to ensure the wine does not lose its properties. How then does the business choose which wine it would carry? The wines available are in line with its menu’s prices and also how well it fits the cuisine, he said. 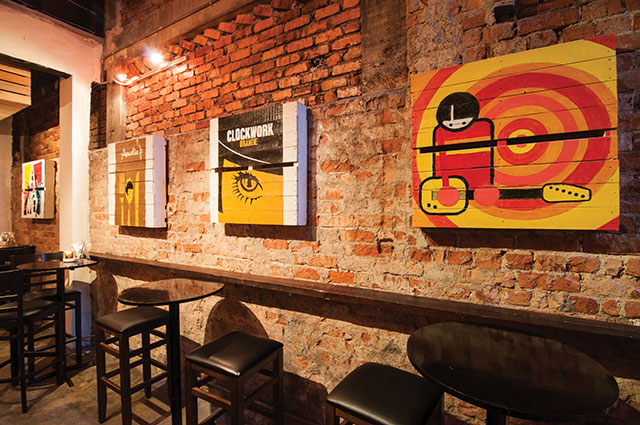 Like how a chef’s food draws the crowd, so should the bartender; not just in drink making skills but attitude as they will be in direct contact with customers. Many people patronise a bar because they have built a good rapport with the bartender. Speaking of rapport, Pisco wants to be seen as the bar that people can go to for many activities. While music is undeniable, we also propose movie nights or games for more variety and to keep things interesting, says Nicolas. He added that the type of music played should fit the time of day; mellow tone for evenings and upbeat ones for dancing at night. Given its raw and unpolished outlook, one should expect eclectic compositions from independent outfits, not songs from the Top 40. 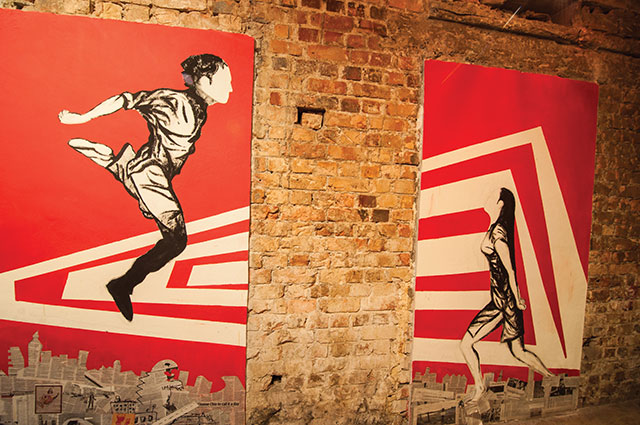 COMPLEMENTING WITH FOOD
‘Tapas’ is a familiar menu item nowadays, understood to be small platters of snacks for sharing. It traces back to Spanish practice of drinking where ‘tapas’ is given by default, in a small plate placed on top of the drink. It provides customers freedom to move around and munch some tidbits if they did not want large meals. At Pisco, Peruvian and Spanish cuisine share equal pedestal. Nicolas shares that Peruvian cuisine is one to be looked out for, after being awarded World’s Leading Culinary Destination in 2012 and 2013 by the World Travel Awards. A country made up of multiculturalism due to immigration from some European countries and a large number of Chinese and Japanese immigrants, Asian culture has since become a major influence in Peruvian society. Pisco’s signature dish is cebiches, a Peruvian tradition where raw fish is cured in a “tiger milk” of lemon, garlic, fish stock, ice, garlic, celery, salt and chilli. There is a touch of Japan through little white fish battered and deep fried till golden brown served with a soya based sauce. Spanish favourites include Pork Belly with Ibérico Ham and Prawns, a well-loved traditional tender dish served with cauliflower puree and tomato marmalade. Snacks aside, Pisco also serves main meals to enable customers to have a complete night out in one place. 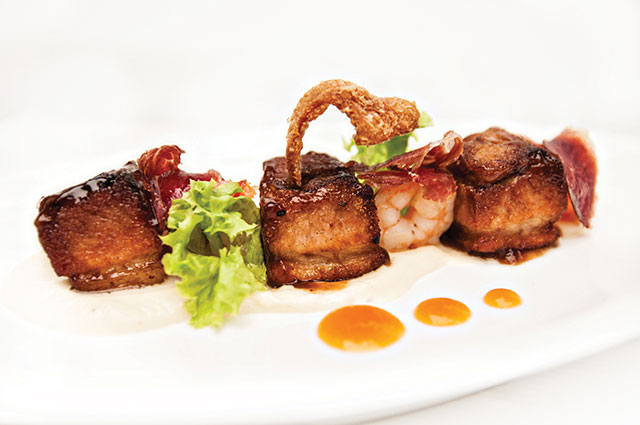 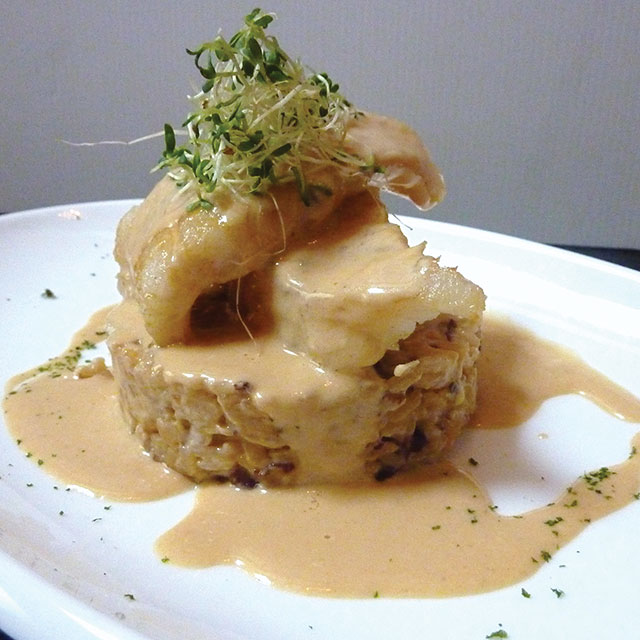 A filling meal of Iberico Risotto

The bar scene is indeed different today whereby operators are more innovative in tailoring the establishment to meet discerning expectations of its customers. For Pisco, a Spanish business consultant on a sabbatical in Indonesia who met his F&B entrepreneur Malaysian wife, resulted in the success story of introducing cultures through a place that attract younger expats, trendy locals and travelers for socialising, music, good food and drinks. 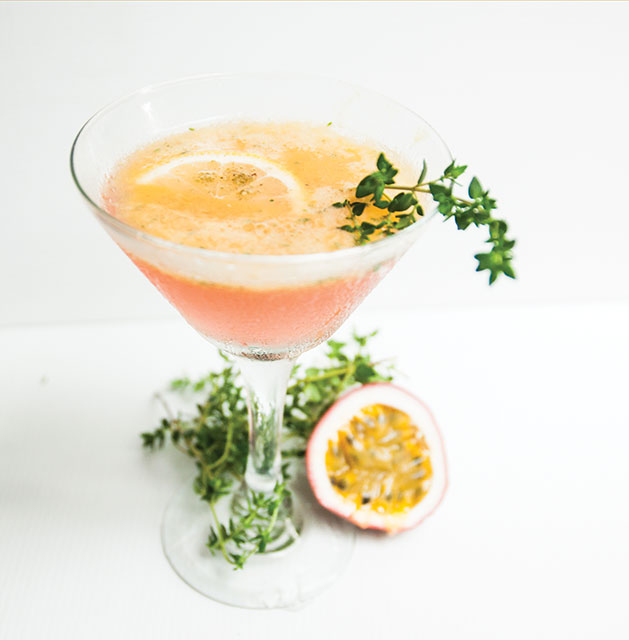 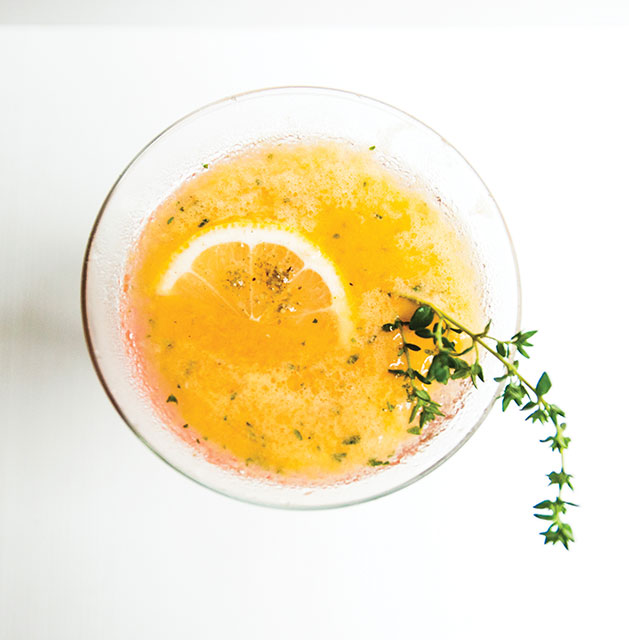 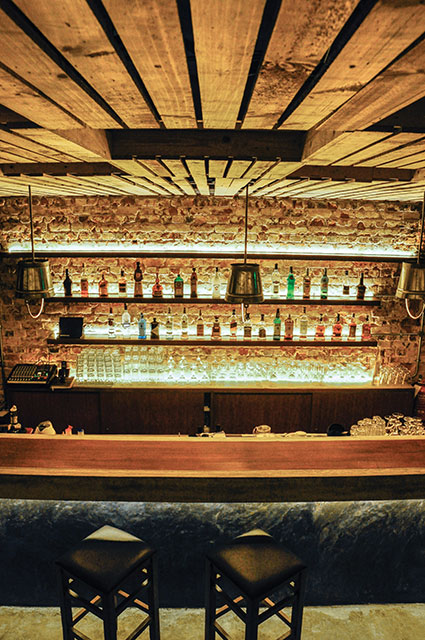 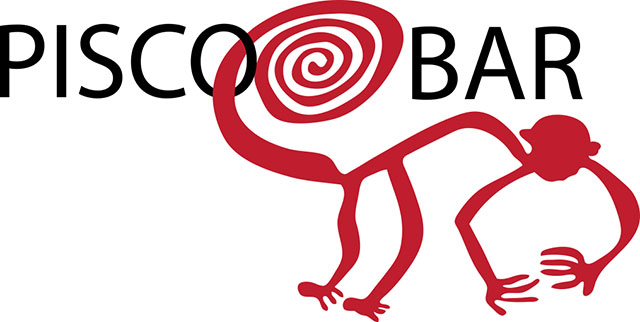