By Eileen ChanFebruary 27, 2018No Comments

Indonesia is no stranger when it comes to American-style fried chicken. The dish is widely considered a cornerstone of Western cuisine influences for the masses in the country. It dates back to 1979, sparked by the pioneer Kentucky Fried Chicken. 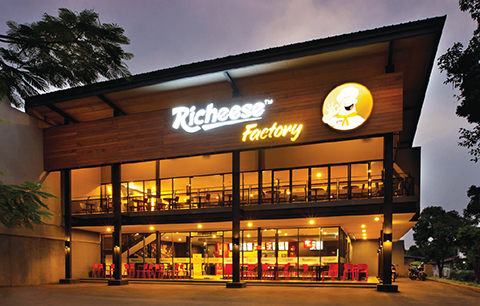 Followed suit by McDonald’s in 1991, the country has seen the ups and downs of Western-style fast food industry from both foreign and local brands. Fried chicken however, has solely been very successful in gaining immense influence over Indonesian palates over the years that it has driven most of the brands to actually adapt and develop their own formula of the dish.

Even on this day, decades apart since its first inception; crispy fried chicken can commonly be found on street carts in residential neighborhoods – both privately owned or franchised. Some brands aim for presence at shopping malls, while others are also confident in presenting themselves as standalone restaurants. 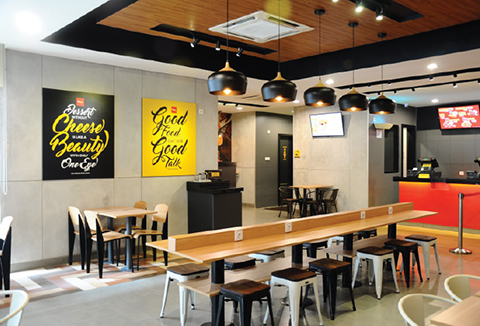 Fried chicken is known not just for its delicious, crispy skin and flavorful meat which was previously marinated with spices; Indonesia also has seen creative innovations applied on the original recipe. The local rising star Richeese Factory has its own uniqueness regarding this.

But quite curiously, Richeese Factory was not a fast food chain to begin with. It was originally, and still, a business unit owned by Nabati Group known for its cheese-based snacks, crackers and wafers also branded as “Richeese”. Back in 2011, the group opened its first outlet in Bandung and Richeese Factory is among the few who are confident enough with opening both at shopping malls and as standalone restaurants. 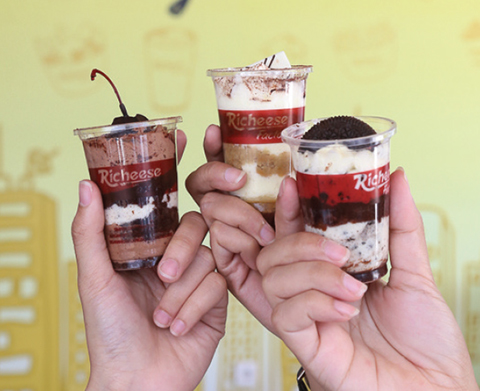 Aside from Jakarta and its neighboring satellite cities, Richeese Factory has expanded as well to Semarang Solo, Malang, Surabaya, and heading east to Bali. It’s also pioneering its presence to smaller cities like Garut, Cirebon, and Tegal. Yogyakarta would be the next city to anticipate a new opening towards the end of 2017. 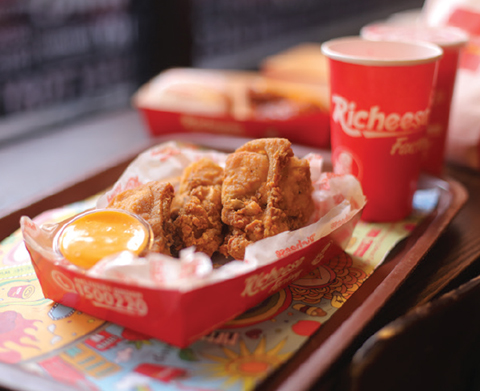 From the menu, Richeese Factory cleverly took advantage of Indonesian tastebuds that fancies the spicier side of food in general. In addition to the use of cheese sauce which differentiates Richeese Factory from the rest of the competition, it also provides several degrees of spiciness that customers can choose for their fried chicken treats.

With 60 outlets in its possession now, Richeese Factory employs highly standardised operating procedures that will ensure consistency from production and down to the frontline and Quality Control. Periodically, reviews are conducted and conveyed to every single crewmember, with the addition of strict audit from the Headquarters. 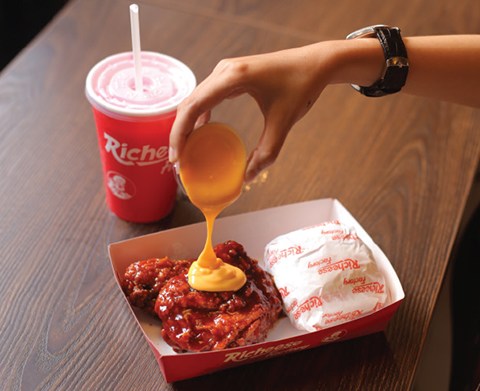 The headquarters also devises a system that ensures logistical efficiency, especially to suit the company’ expansionist strategy. Richeese Factory, as we know it, will open their first outlets outside of Java in Makassar and Balikpapan later this year.
www.richeesefactory.com