By Eileen ChanJanuary 9, 2017No Comments

I know I wouldn’t approve a Teppanyaki meal if I didn’t see or hear the clings and clangs from the Teppan-chef. We take a look into the history of the most recognised skillcentric styled restaurants in the world.

Teppanyaki cooking has an interesting history. The art of cooking on a hotplate grill began in Tokyo, but it is said that its theatrical style is anything but Japanese. In fact, locals were dumbfounded when Misono, a restaurant in downtown Tokyo, star ted cooking food on a table-side grill in 1945. This inside out method of dining was considered a little, well, untoward.

For the American GIs stationed across the country, however, it was a different story. The Americans loved everything about it and that is where wrestler Rocky Aoki, the so-called father of teppanyaki, comes in. In New York, Aoki worked seven days a week in an ice cream truck that he rented in Harlem while studying restaurant management at New York City Community College. After he received his associate degree in management in 1963, he used the $10,000 he had saved from the ice cream business to convince his father to co-invest in the first Benihana, a four-table teppanyaki restaurant on West 56th Street. The teppanyaki trend trickled down to Britain, par ts of Europe and of course Asia. Ranessa speaks to Malaysia’s very own infamous teppanyaki brand simply called ‘Teppanyaki.’

MEP: Describe the importance of the type of skillset Teppanyaki looks for in particular for working in such an open kitchen?
T: Teppan chef will need lots of training but the ver y first thing we look in to from a chef is their passion to cook. When our team inter views the chef, we will always ask if they know any family secret recipe and get them to describe how it’s cook. 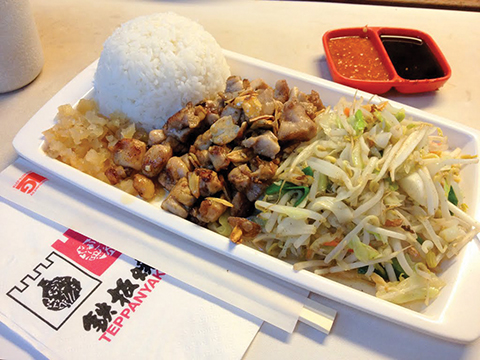 MEP: Do you have to take your new staffs through training to develop this particular skillset?
T: Yes they do. Over the 3-6 months, they have to practice the signature dish over and over again to perfection. Though same cooking style, each meat, seafood or vegetables
has its unique way of cooking. Perfect timing (how long to grill for each side of the food) and heat (how high heat to use and where the food is placed on the teppan) of the teppan is the key. Along the way, they will have to master showmanship like wielding the knife, throwing the spatula and etc as Teppanyaki is cooked in front of the guest.

MEP: How did Teppanyaki begin? As far back as I can remember, Teppanyaki was sort of a pilgrimage for me if you must, when visiting the busy Kuala Lumpur.
T: The founder of Teppanyaki went for a vacation in Taiwan back in 1984 and they came across Teppanyaki. They found it entertaining and fascinated by the cooking presentation. They told themselves that this concept will work everywhere and so it did. Once they came back from the vacation, they hired a Japanese Teppanyaki chef from Singapore, brain storm the concept and raised funds to star t it. The grand opening of the first Teppanyaki restaurant located in Sungai Wang Plaza was in 28th March 1984. 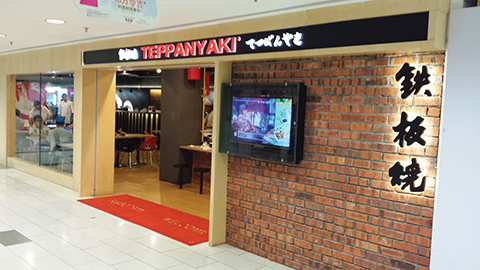 MEP: What were the biggest setbacks faced in the kitchen?
T: At the time, there weren’t so many Japanese restaurants in Malaysia. So, the biggest setback or more like the biggest concern for us was whether the taste would be accepted by the Malaysians. And, so far it is so well received. At the end of the day, Malaysians are foodies at hear t; so in that sense, their openness has helped it become what it is today.

MEP: Would you say the food quality and ‘cooking theatrestyle’ works hand in hand when attracting customers?
T: Yes. It is our main point of sales. In fact, ever y customer that comes to Teppanyaki is here for two reasons. Good food and watching the cooks prepare their meal up-close and personal. Without these factors, our way of business would really be different. It wouldn’t work.