By Eileen ChanFebruary 27, 2018No Comments

With increasing urbanisation, rising incomes and changing lifestyles in South East Asia (SEA), time has radically changed the “why” and “where” of consumers in buying goods and services. With the food and beverages (F&B) sector especially trying to keep up with the everevolving consumer landscapes; restaurants and cafes have learned to intensify the diversification, segmentation and sophistication of the foodservice market in the SEA region while specifically targeting consumer-driven specifications. Let’s look at some of the most compelling and category-changing consumer behaviours that have changed the consumer landscape in the F&B sector, and are set to impact the global consumer markets across this region in the coming years. Note that although the countries in the SEA region are highly diverse in terms of demographics, income levels, and dietary preferences, the F&B sector is nevertheless shaped by several common consumer driven specifications. 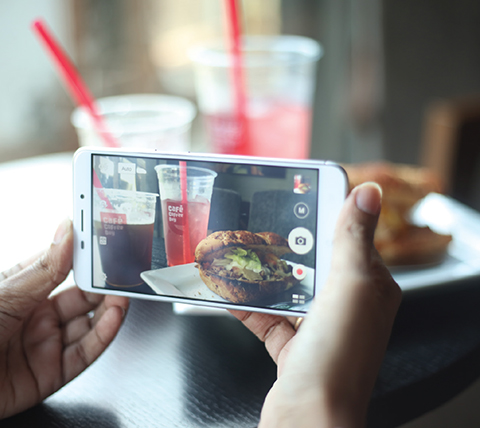 THE MILLENNIALS
Even among the underdeveloped countries such as Myanmar and Cambodia, the young and increasing populations showcase a pattern of changing lifestyles. Due to rapid exposure that exposes consumers to international trends and tastes, the youngsters in the SEA region are typically attracted to trying new food from a diverse mix of options. This generation, also tagged “Generation Y” includes those born between 1980 and 2000 and is the prime target for the foodservice market as they go for quick-service items and fast food. Throughout Asia and the SEA region, a huge percentage of their visits are normally for fast food staples such as burger franchises and pizza restaurants. However, despite the westernisation of foodservice market in the SEA region, western fast food underperforms in the overall fast food growth as the expansions are mainly driven by Asian fast food. Domestic fast food chains are gaining much popularity among young consumers especially as they offer high quality fast food and a broader range of menus, coupled with famous celebrity endorsements.

INSTAGRAM URGE
Southeast Asians have been renowned for taking up mobile social media technologies and Instagram is no exception. Social media continues to enjoy a growing role as consumers constantly post pictures of their food, coffee or fancy dine-in experiences on Facebook and Instagram to reinforce their social status. In fact, surveys suggest nearly half the respondents share pictures of their food online on a regular basis. Whilst this is a common trend around the SEA region, the three countries that top the list in using Instagram are Indonesia, Philippines and Thailand.

ANTI-ARTIFICIAL PRODUCTS
The demand for natural and “less processed” food and drink are becoming more prevalent among Southeast Asian consumers as they are becoming increasingly concerned about the origin and contents of the products they consume. Foodservice outlets that are using artificial ingredients are faced with scrutiny as more consumers are seeking natural formulation with recognisable ingredients. While the overall per capita spending for food and drinks sees a progressive increase in the SEA region, the increase in spending is especially more notable among high-income consumers in Singapore and in economies that are witnessing growth from middle to high income market such as Malaysia. These consumers prefer purchasing premium food and beverage products including organic food, at least occasionally, in order to garner a stronger wellbeing and spend less on health care in the future. 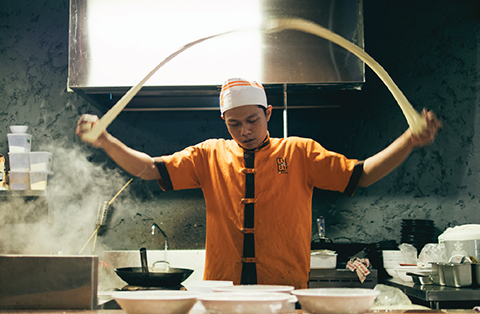 PRICE SENSITIVITY
Due to the slowing down of the region’s economic growth, consumers in Asia Pacific are becoming increasingly price-sensitive despite the growing demand for healthy food and premium beverages. In other words, consumers desire high quality products at affordable prices. One of the countries striving to be more stable and developed in the region, the Philippines, as a result of awareness to this sensitivity has introduced small single-serving packages that are affordable to low-income consumers and attractive to occasional buyers.

WESTERNISATION
Globalisation and increasing global interconnectedness within the region have turned urban middle class consumers towards Western diets, implying pressure on traditional foodservice outlets to be “Westernised” or enhanced. This has particularly taken place in Vietnam as the traditional chrysanthemum tea is repackaged into ready-to-drink designs convenient for on-the-go consumers. Many brands in the F&B sector in Vietnam have similarly freshened up by introducing new flavours and various packaging sizes and formats. However, the westernisation polarises towards producing and selling Asian style food more than the popularisation of niche market Western style food. Top class hotels and more expensive restaurants are especially leveraging the scene by ensuring approximately 15 per cent of food used in their menus are imported, while the foodservice sector generally makes sure to add an international element to their menus.

THE STIGMA OF DINING OUT
Southeast Asians typically dine out and socialize out-oftheir- home more often than other regions of the world. This includes those who live in single-person households, occasionally eating meals alone. To prevent the trauma of dining solo, meals for one are being introduced in many restaurants as an effort to cater to the region’s eating and spending habits. Talking about spending habits, people in Indonesia with lower incomes traditionally eat rice sided with vegetables. As income increases, the proportion of the diet includes meat, fish, eggs, and fruits, and the spending on prepared food increases. In fact, there is a steady rise in urban Indonesians eating out a lot (who traditionally do) and this has been the main factor underlying the domination of hotels and fast food chains over the modern foodservice sector and most foodservice imports in Indonesia.

DEMAND OF TOURISM
The vibrancy of the F&B sector within the SEA region is especially driven by tourist activities. In Singapore, the tourism receipts in 2014 amounted up to S$23.5 billion and 10 percent of it was an F&B related expenditure. This is also true for Thailand, Brunei, and Malaysia as the countries harbour a broad tourist market and a sizeable expatriate population – a strong indicator that the countries are ripe for speedy expansion of the F&B sector in the coming years. With more than 23.14 million tourist arrivals on a yearly basis in Malaysia, the foodservice market is projected to grow at a conservative rate between 4.6 to 5.3 percent over the next three to five years. In fact, the increasing abundance of foodservice outlets encourages more people to dine out, adding to the growth of Malaysia’s consumer foodservice market. 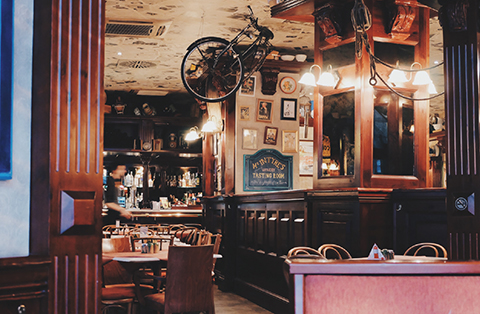 The F&B sector in SEA region is expected to achieve a higher turnover in the coming years after growing to almost the same level as the rest of the world combined. As the projected year-on-year growth sees continual step-up, the growth will likely outpace the second and third largest regions in the world – Western Europe and North America, which are seeing relatively modest expansion rates. Therefore, understanding the evolving consumer landscape and studying the market intelligence in this region plays a vital role in determining how the changes in consumer societies will impact the overall F&B sector. While consumer behaviours eventually play out differently across the SEA region depending on a variety of factors, it is helpful to underline the common ground of these behaviours to identify where the greater and more unique opportunities are, so that foodservice businesses can find their niche more effectively. 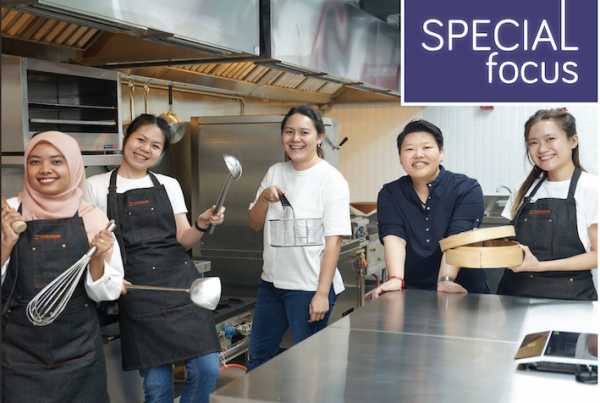 CLOUD KITCHENS – shooting for the SKY! 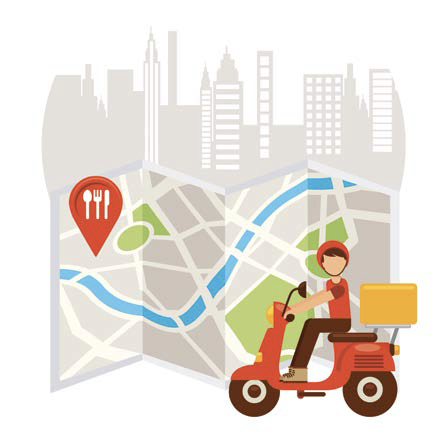 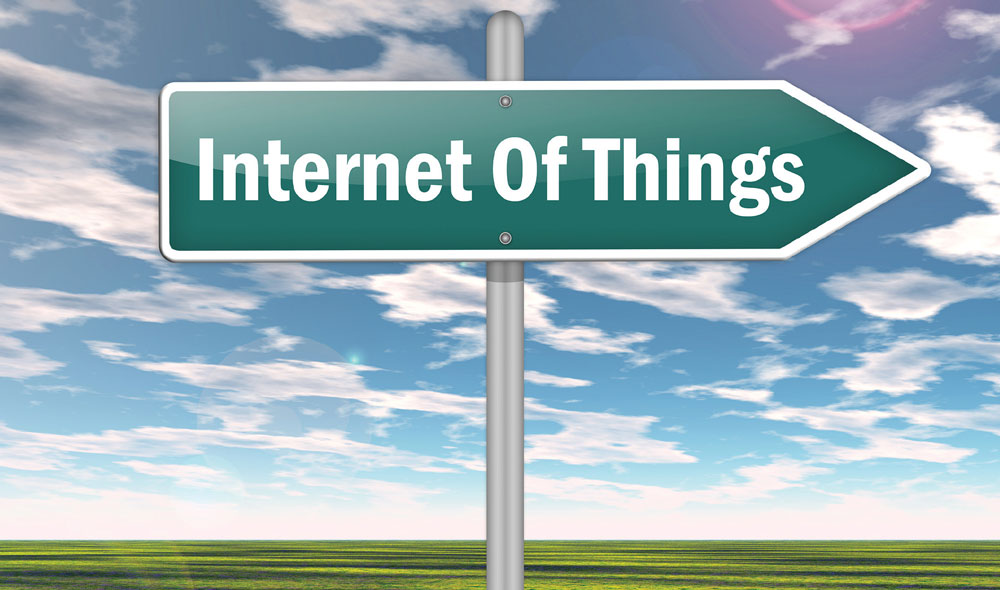 the INTERNET of THINGS (IoT)