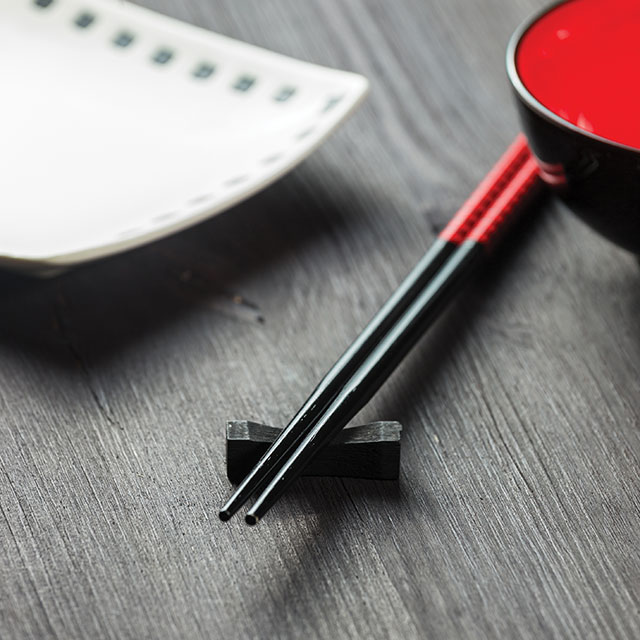 About 5000 years ago, the Chinese used twigs and branches to pick up food, considering it as an extension of their fingers to avoid heat or cold. By 500 A.D., other Asian countries had adopted this cutlery item that somehow brings an air of elegance through delicate control in picking up a grain of rice or strands of slippery noodles between two thin sticks. 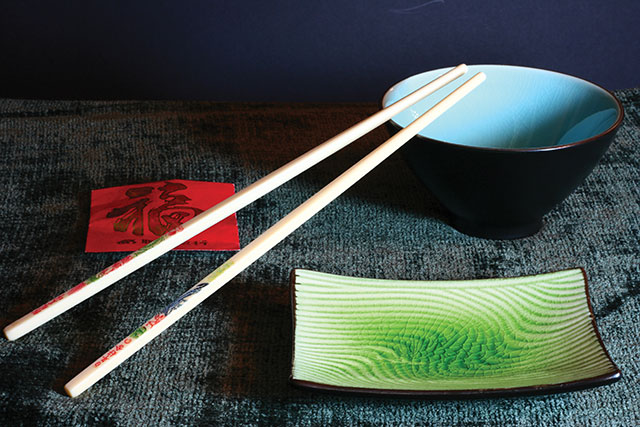 CHINESE STYLE
Usually square in the handle to prevent chopsticks from rolling off the table, it has a round end at the tip. Chinese chopsticks are designed longer than its other counterparts as users pick food from quite a distance on Chinese dinner tables. Designs can be from simple all the way to fancy including embellishments of gold, silver, bone and shell. Chopstick makers are also able to make them using materials like jade, ivory, metal or bone. 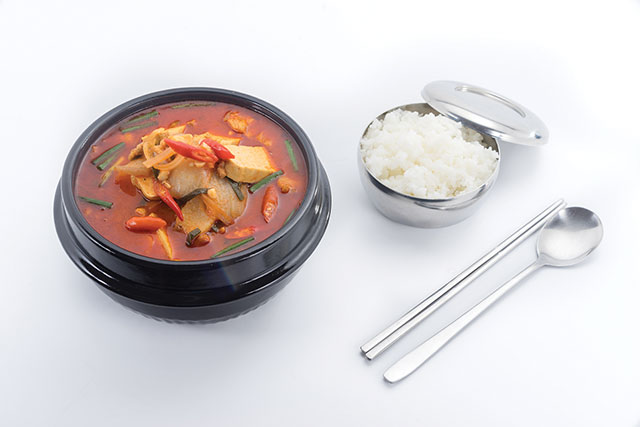 KOREAN STYLE
Go into any Korean restaurant and most likely you will be given a set of stainless steel chopsticks and a flat spoon. Why metal? During the early days of Korea’s kingdom, only the king uses silver chopsticks because silver would change colour when coming in contact with poison. The choice for silver was also due to wanting to match it with silver spoons used to eat rice. 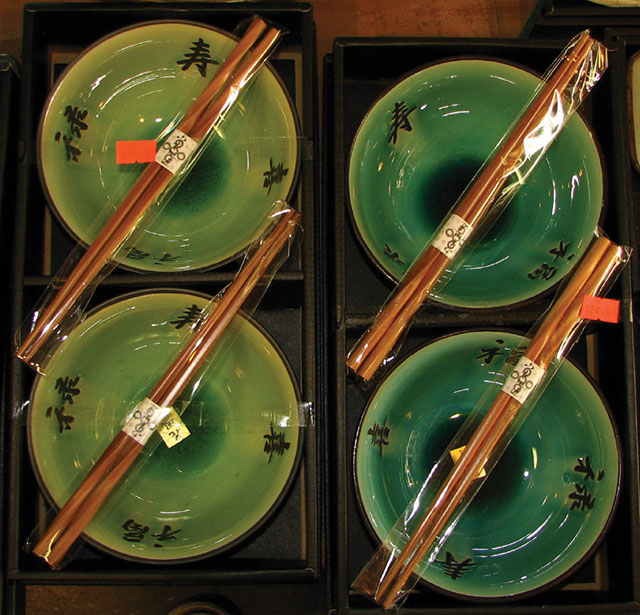 JAPANESE STYLE
Different types of this cutlery were made for different purposes such as for cooking, eating specific meals, picking up sweets and even during funerals. You would use a different type for soba and ramen as the latter is more slippery and branded with a hot iron for extra traction. While it is also round in the tip like the Chinese one; it is sharper and the handle is squarish. Also made of bone, metal and ivory (usually only for special events), chopstick makers are integrating deep lacquer finished with shell, fabric and other decorative elements.

CHOPSTICK ETIQUETTE
In Western dining; its one cutlery to one food item but you’ll only need a pair of sticks to eat. However, there are some cultural elements to note that will gain you approval from fellow diners. 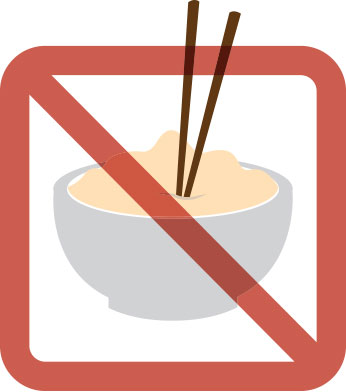 • Never stick the chopsticks into the rice as it resembles offerings for the departed. 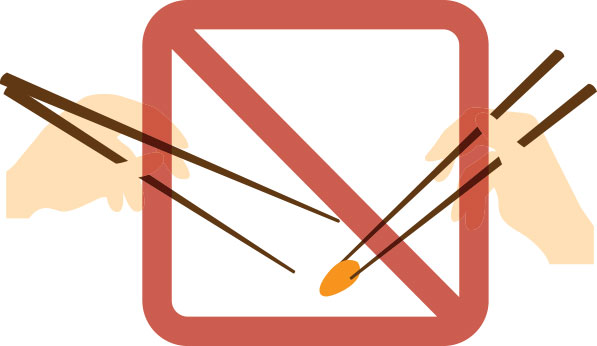 • Avoid passing food using chopsticks as it might come across like a Japanese funeral customs involving bones. 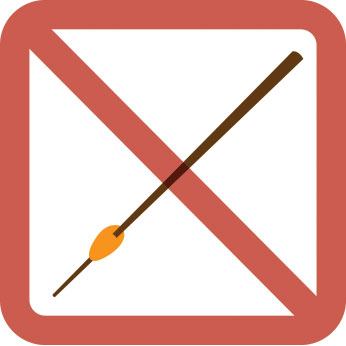 • Chopsticks are not shish kebab sticks. You can split food with them but do it from the outside in.

• If dining “shared dish” style; a nice gesture would be to pick up the food using the other end of the chopsticks for hygiene purposes.