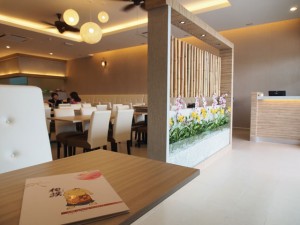 The dining area of SUMO Cyberjaya 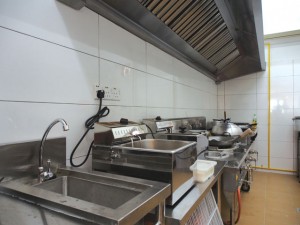 “Will the customers accept an Americanized way of preparing Japanese food?”
- was the first question that came to mind when Paul and Joanne first planned to open SUMO Japanese restaurant. The couple’s return to Malaysia in 1999 brought a lot of questions on whether were they game to opening a restaurant similar to what they had in New York.

Trained in the heart of New York, the couple has been involved in the food and beverage industry since 1988. Though working in the kitchen and waitressing was something that they did while pursuing an education in New York, that soon change once they realize that it was something that they enjoyed doing and that they could build a career on. They started their own place in 1997 in Brooklyn Heights that soon became a popular neighbourhood restaurant for lawyers and court staff working in the vicinity.

But as their children grew, they decided to leave and sell their business to return home to Malaysia. To get answers on whether their style of Japanese cooking was accepted - they started lunch & dinner delivery services to offices in Shah Alam that continued till July 2001 when they opened SUMO in USJ Taipan. Taking over a café from the previous owner and with a simple set up in the kitchen, SUMO opened its doors and has been serving customers since then.

Their location here also brought about a surprise - they were recruited by Tesco Hypermarkets to supply sushi in the stores by coincidence and today, they serve 19 Tesco stores around Malaysia - working off a simple set up. 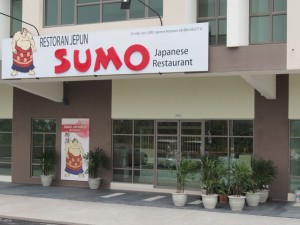 The new outlet at Cyberjaya

Their kitchens aren’t fussy and are basic. Opening their new store in Cyberjaya - their set ups are kept minimal and easy to maintain. A simple sushi bar is a signature in both restaurants while the kitchen has a simple fryer, wok bench and an open burner. The chillers and freezers in the kitchen are all undercounter units that serves as worktable makes perfect sense in the small space that it has. But one emphasis that the couple ensured that the main contractor had to pay attention to was ventilation - for the staff and the environment. Its already small space should not be stuffy and hot for their staff to work in. Obviously this couple have spent enough time in the kitchen to know what is best for their business.