Unox’s secret in securing so many innovative patents in just twenty years boils down to just looking at things that frustrated them, in primis, with an aim to fix them.

Enrico Franzolin wasn’t a fan of professional ovens and; neither had he ever worked for a kitchen equipment manufacturer nor his parents had ever owned a restaurant. What he made up for lack of expertise and specialised knowledge in the area, he did with transferable skills that include knowledge of marketing, management, sales, finances, communication, engineering, lean production and so on.

Right after Enrico obtained his master’s degree in chemical engineering, he was offered a position at Montedison, one of Italy’s largest energy and chemical conglomerates in the 1980s. It was with this company that Enrico spent his energy on coming up with a technological solution that improved the extraction of raw materials by a thousand percent, greatly reducing the quantities of resources needed. He was only 26 years old when his invention was patented as he saved the company annually by reducing waste.

After Montedison and having saved money, he star ted looking for the right business to run. Within just a few weeks, he’d receive two offers. One of the businesses were running well and they were already known in the market. To enter, he would have to had invest 99 percent of his life savings.

The other was from a small star t-up based in Padua. Antonio Bassan, who founded the company, star ted his business by buying domestic ovens and upgrading them to meet professional standards. The ovens were enhanced with a new para-proofing feature that enabled frozen breads and croissants to be baked.

The convection ovens were Unox’s humble beginnings back when it was incorporated in Italy in 1990. There was a time in Europe where the culture of buying pastries and croissants from a bakery nearby was prevalent. “People needed the machine for grab-and-go purposes or to eat them at the coffee shop,”shared Kuah Soo Shang, Unox Asia’s regional manager.

“We found out later on that coffee shops were star ting to buy frozen dough from dough manufacturers,”she continued. Unox broke into the food and beverage industry working extensively with dough manufacturers to create what may be the revolutionary convection oven of that time. Unox held various convection oven marketing and sales campaigns for these manufacturers to make coffee shop owners aware of the fact that they could do the baking whenever they want and will not produce much wastage. This also helped increase their sales during peak seasons as more customers would come in during rainy seasons.

From then on, Unox launched the Rosella 600 x 400 ovens and the panini toaster; more widely known as the SpidoCook glass ceramic contact grills in 1993 which brought many changes to the company: the introduction of the AUTOCAD system, a new headquarters and a turnover that reached 1 billion Lira. A huge advancement of the 90s was the AIR.Maxi™ technology that guarantees the uniformity of the air flow by using a system of multiple fans. This innovation remains a breakthrough for future developments in Unox technologies.

In 1994, the first generation combination ovens were produced; they were mechanical and simple. “We needed a wider range of products by then which was what we called the three series range which we subsequently improved and star ted exporting. We then found that the production factor y was star ting to have a tough time coping with the volume. So, from 1995 onwards we began to implement lean manufacturing factories,”expressed Soo Shang.

Adopting the Lean Manufacturing philosophy was a decision that has lead the company to less wastage, top notch efficacy and cost efficiency, less storage needed and a shorter delivery time- from a two-month wait to merely within a week. In 2005, Unox presented the new LineMiss™ oven, which over the years has become the benchmark for baking bread and frozen pastries in small shops, convenience stores and coffee shops throughout the world. It was during this time that “my business partner decided to sell his share of the company. This is how I became UNOX’s full, sole owner,”expressed Enrico Franzoni.

A year later, the first electric combi-oven UFE301 was manufactured which introduced STEAM.Maxi™ technology to the market for the first time. The following year the first gas combi-oven UFG210 was introduced and further expansion into Europe followed while the headquarters and turnover doubled in size. The production philosophy then under went its first important change in the industrial sense with the integration of stainless steel machining. In 1998 Unox registers the international patent for DRY.Maxi™, the innovative technology that extracts humidity from the cooking chamber.

Today, Unox exports to over 135 countries all over the globe and boasts factories that produce different par ts of their machines. “It wasn’t easy manufacturing on our own because we needed a lot of capital. We bought machines, equipments and constantly worked to understand what the trends were. It was a lot of trial and error of course but we believe in the long term because we need to provide maximum benefits to our clients, to the people using our machines and so we believe insourcing is the only way to cut down the cost and not be controlled by competitors,”said Soo Shang.

UNOX IN THE LAST TEN YEARS 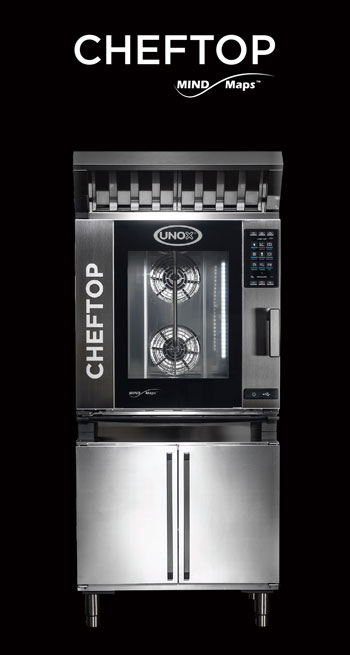 2007 - 2010
Improvements continue to be made now at a rapid pace. ChefTop™ and BakerTop™ have become the yardstick of excellence for professionals, thanks also to the new MAXI.Link technology and a perfected AIR.Maxi™ technology, that with 5 fans, in the big ovens, guarantees exceptional cooking uniformity. The Unox Individual Cooking Experience and TOP.Training are new ideas with a single aim: to guarantee maximum satisfaction to those that use Unox ovens every single day.

2011 - 2012
The new lines of ChefLux™ and BakerLux™ ovens are born: essential ovens that easily take on the most common and simple cooking processes in gastronomy, bakery and patisserie. 2012 opens with the inauguration of the new Unox Headquarters, a jewel of modern architecture.

2013 - present
The international expansion of the company continues. Unox is present with offices and branches in 25 countries worldwide and Unox products are distributed in more than 110 countries. From mid-2014 the exclusive MIND.Maps™ technology star ts to take shape, an innovative technology that star ts to be commercialised from the following year. Integrated in 2015 into the CHEFTOP MIND.Maps™ and BAKERTOP MIND.Maps™ lines, this signifies a distinct upgrade in the top of the range ovens, and it confirms Unox at the very pinnacle of innovation in the professional ovens market.

What really struck my curiosity was how Unox’s combi-ovens stood out in the competitive market. “Oh! In Italy especially, there are so many brands to compete with. Personally, I’ve got to say that we are the only combi-oven manufacturer that has our own plants to produce ever y component within our machines,” Soo Shang explained. “It doesn’t matter whether its the big or small time players, we believe that by standing by our own philosophies, we are indeed trend setters,”she ended.

But why go with ‘inventive simplification,’ you ask? Let’s star t with Unox’s mind maps system. Imagine having a testing out the new recipe you’ve invented; now how do you graph it and map it? “Let’s say, a chef wants to roast chicken from a certain temperature for a specific length of time. Instead of walking back and for th to switch the settings on the oven, the chef just sets it in a graph with a swish of his finger,”she explains. 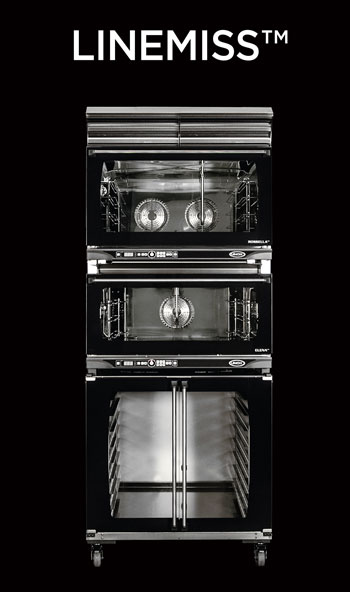 It doesn’t stop there for Unox as the constant need to simplify the lives in and out of professional kitchens is their purpose of innovation. “Life’s already complicated, right?” Soo Shang says in a matter of fact tone and a smile spread across her face. “Why add on more complications when you can give customers a quick solution? We simplify everything with our machines. For example, when we open the back panel of the equipment, you will only see one board that connects ever y par t of the components including controlling to the front control panel and its very easy for the technical people to troubleshoot. The similar component par ts can be shared with various different models of different sizes in the Unox range.”

It’s hard to believe that just six years ago, Unox star ted from ground zero breaking into the Asian region. Kuah Soo Shang reminisced a time when she travelled to India, Sri Lanka, Nepal all the way through to China, Mongolia, and down south to Indonesia. Trust and a strong belief in the quality of their products was the key, she says and that “our founder’s philosophy is whatever you do, you do it because you want to give the most benefits to the user.” Unox has about 37 engineers that include chemists, culinary technical people, electrical and mechanical engineers and so on that are value driven. People with different brains, and different efforts come together to work on improving. “Just because we’ve got a great equipment out doesn’t mean anyone in here is going to take the time to relax. No, not at all. Work is never done,”she concluded.