Eating is a pleasure for the majority out there but some take it a level higher. Armed with a pen (or keyboard, in today’s contexts), they pen their thoughts on food or trends that catches their fancy to be shared on the Internet sphere. How did 2013 turn out for them and what do they wish to have in 2014?
In conjunction with Mise En Place’s foray into wider markets, it is an opportune time to glean insights from some of the top food lovers, observers and writers of these countries which are seen as potential markets for investors. 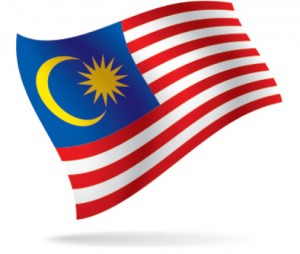 Potential growth factors:
• Expected growth in Gross Domestic Product between 5%-5.5% in 2014
• One of the most developed nations in Southeast Asia
• Food imports grew on an average of 23% over the last few years and projected to grow steadily over the next few years
• Food service grew about 7-10% in 2013 and looks to continue
• 2014 is Visit Malaysia Year and Kuala Lumpur is listed as 4th best shopping destination in the world

Sue Lynn
www.bangsarbabe.com
Sharing her passion for food, travel and lifestyle experiences, Sue Lynn once wrote an “Eating Spree” column for a local daily. Bangsarbabe.com has featured on various publications while Sue Lynn has made appearances on both television and radio in Malaysia. 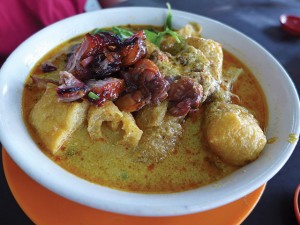 It is no secret that Malaysia is recognised for its variety of cuisines. Yet Sue Lynn names the humble curry noodles, available at many hawker stalls or even by the road side, as the item she must always have. Since her first bowl 10 years ago, the aromatic curry broth from spices and the different combinations of toppings never fails to win her over. And having said that, she expects Malaysians returning to their roots and really appreciating hawker food for it’s a country of good hawker food, 24/7! 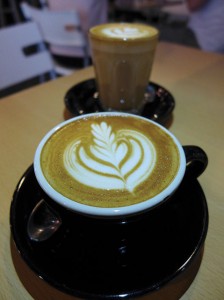 As for trends of 2013, Sue Lynn mentioned coffee places as there were many coffee outlets that popped up around Klang Valley, each claiming to serve their own house specialty and she expects the coffee scene to continue in this year. Also, there was also a burger craze that has fizzled out (a little) towards the end of 2013. As for concept, it came to her observation that many chefs are opting to use local produce and gearing towards healthier eating. 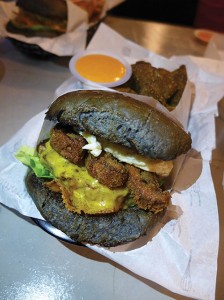 Another concept that is gaining ground in the country would be street markets or bazaars selling gourmet food at affordable prices. It’s been well received in 2013 and Sue Lynn foresees more of such markets to pop up this year as it’s a great platform for aspiring chefs, cooks and bakers to showcase their craft. 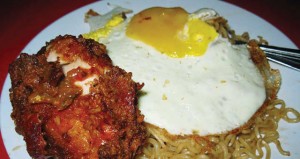 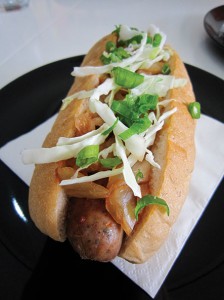 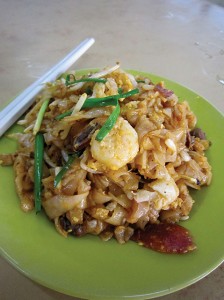 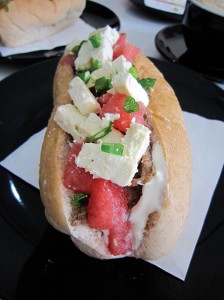 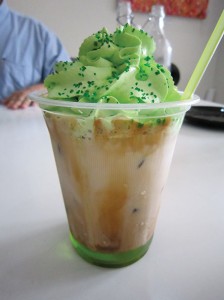 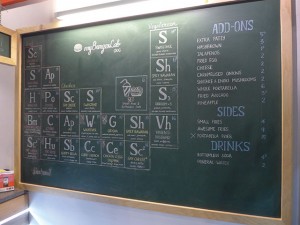 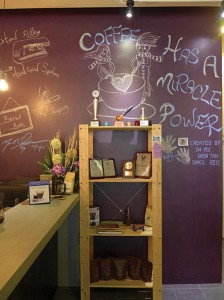 • One of the highest per-capita GDP in the world; in terms of Purchasing Power Parity (PPP)
• Imports a high volume of food products; in 2011 it imported US$12.1 billion worth of agricultural products, processed food and drinks
• Ranked best country in the world in World Bank “Ease of Doing Business” Index of 2011
• Food retail is expected to increase due to higher income and tourism
• Better revenues with respondents reporting an increase from 57% in 2012 to 85% in 2013
• One of the countries considered by global food manufacturers as having high growth potential among developed countries in 2014 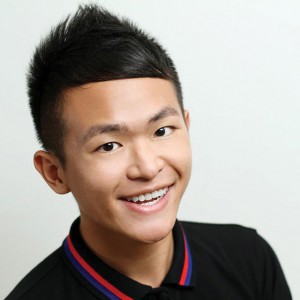 http://six-and-seven.com
Six&Seven (The6and7) focuses on new establishments, restaurants with new menus or promotions, as well as some hole-in-the-walls. Our mission is to provide urban professionals and executives with alternate dining places, aside from the conventional favourites.
What was the in-trend for 2013? In terms of overall concept and food type?

2013 was a big year for Singapore food-wise. It marked the rise of third wave coffee houses or the battle of beans. With the coffee houses trying to outdo each another with their range of imported beans, I feel that customers are the ones that really stand to profit from the wide spectrum of flavours and techniques. 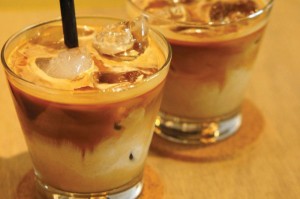 There was also the birth of a couple of food trends – brunch and small plates. 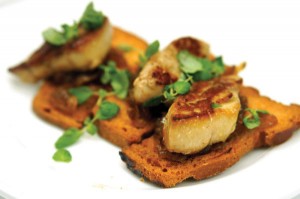 Beyond that, we are also seeing a trend of ‘star-studded’ restaurants. Restaurant ME@OUE prides itself as an establishment often graced by MediaCorp celebrities; local celebrities Vernetta Lopez and Constance Song recently ventured into F&B with Roundhouse Pizza, Bar & Grill and Bam! Tapas & Sake Bar respectively.

Also, in Singapore, the suburbs are beginning to become more hip as more joints are choosing to open outside of the more common areas. 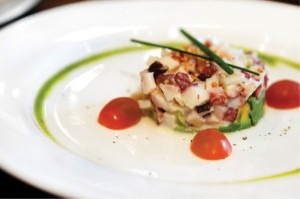 Hip not to be hip – F&B operators take a gamble with lower rentals and less competition by opening at heartland areas, like The Provision Shop in the enclave Everton Park. This also means a possibility of not enough customers, though we all know Singaporeans would travel, or queue, for anything good.
What do you wish for more in 2014?
What I really want is more choices for supper. More and more establishments are opening their shutters earlier to grab some of the morning crowd, but there is a severe lack of spots that stay open till late, especially in the city. The Black Swan is one of the few joints in the CBD that stays open till late and serves up some decent grub to pair along with their selection of mean cocktails. 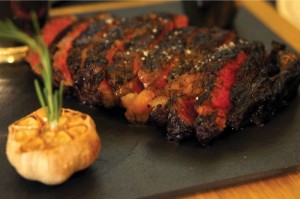 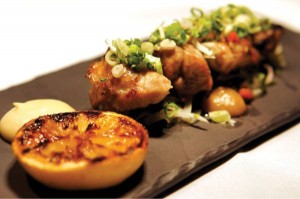 What do you see can continue strongly in 2014?
Continuing into 2014 will most definitely be more celebrity restaurants – we’ve already seen Ocean Restaurant by Iron Chef Cat Cora and Jamie’s Italian by celebrity chef Jamie Oliver – in addition to a spike in exotic regional cuisines. I have been thoroughly pleased with the various offerings of Argentinian, Basque and Sardinian cuisines from new openings recently, so I stay excited of what’s to come. Singapore is the home of foodies, so whenever a new cuisine is launched, people immediately flock there. Both to see and be seen, and also be able to check that off their food bucket list. 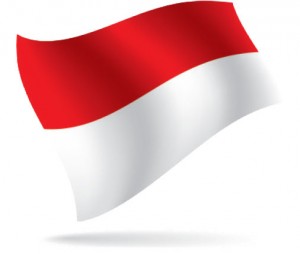 Potential growth factors:
• 4th most populated country in the world
• 16th largest economy in the world
• 45 million people in the consuming class
• Gross Domestic Product (GDP) in Indonesia expanded 2.96% in the third quarter of 2013 from 2.61%
• Fastest growth in agri-food imports. In 2009, Indonesian processed food and beverage imports totalled over US$5 million (Global Trade Atlas, 2010)
• World’s largest producer of palm oil 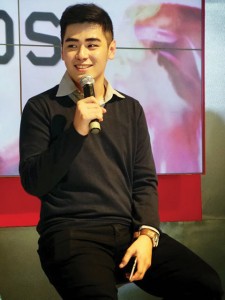 Stanislaus Hans Danial Subianto (SHDS)
http://eatandtreats.blogspot.com/
His love for eating and photography resulted in this blog which has become a point of reference for culinary delights. Based in Jakarta, he realises that the gastronomical trend is moving rapidly, giving him a perfect avenue to “live to eat” and here are his take on 2013 popular foods:

Originally created (then trademarked) by Dominic Ansel, it had its moment in Jakarta though many failed in their attempt to recreate it. 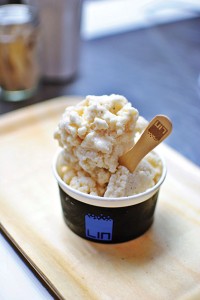 Liquid Nitrogen Ice Cream
While it did attract him, the over-supply led to compromise in quality and in his honest opinion, perhaps only a few brands will survive. 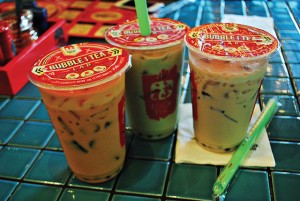 Taiwanese Desserts
Creative desserts drew the crowd. Bubble teas made a comeback with pretty packaging and helped by the media’s portrayal. SHDS remembered how he was obsessed with bubble tea’s early phase and this time round; he doesn’t see it stopping anytime soon; being part of the crowds willing to wait just for a cup of tea or Taiwanese desserts. 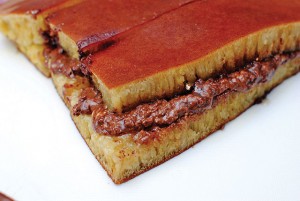 Martabak Nutella
One item that took Jakarta by storm was probably “Martabak Nutella and Toblerone” yet “I feel like it’s slightly overrated, especially when people were willing to wait 2-3 hours just to have a pan of martabak and spend that amount of money for martabak”. It wasn’t bad yet it boils down to taste being relative.

His observations leads to him pointing out that 2014 should be a great year of coffee and expects more coffee shops to grow in Indonesia, especially Jakarta, particularly those using and promoting local coffee beans – naturally, for Indonesia is one of the largest coffee producers and its coffee beans are of decent quality. A simple cosy coffee shop with a lot of earthy materials, decent coffee, music and vibrant atmosphere never fails to impress him.

On the downside, he asks where was “Jakarta Culinary Festival”? One of the most anticipated events but wasn’t held in 2013, and would like for a “Street Food Congress” themed event held in Jakarta. Food marketing wise, social media is still going strong or even stronger, and probably going to be the ultimate marketing strategy for companies to promote their products.

Potential growth factors:
• Gross Domestic Product (GDP) in 2013 grew by 7.2%, above expectations
• One of the world’s fastest growing and youngest populations. 65% of its 96 million people are below 30 years old
• Agriculture is the 2nd major contributor to the economy
• Food processing is the most dominant manufacturing sector in the country relying on domestically produced and imported agrifood products
• Increased demand for non-traditional and imported ‘ready-to-eat’ foods which drives modernisation in food retail

Anton Diaz
http://www.ourawesomeplanet.com
The blog began in 2005 with an aim to promote “Food and Travel Secrets in the Philippines” and in 2010 was awarded the Go Negosyo’s Inspiring Young Filipino Entrepreneur Award in 2010. He is also a co-founder of various weekend markets around the Phillipines. 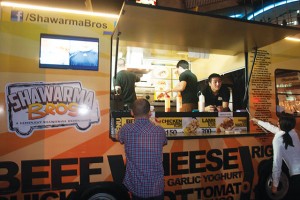 In terms of overall concept and food type 2013 was the year or Ramen and Katsu, Food Trucks, All-Day Breakfast, comeback of Buffets in Manila and Farm to Table Resto concept.

What impressed you the most?
The most impressive was Green Pastures who beautifully executed the Farm to Table concept by leveraging on the best local ingredients to come up with healthy and exciting dishes. The Ramen craze was also very impressive with Manila catching up to our neighbors in terms of getting high quality ramen from different regions in Japan. The latest was Ramen Nagi or popularly known as Butao in Japan. 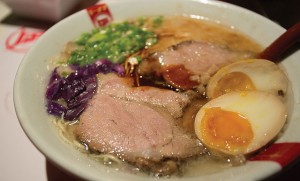 One of the
many Ramen
variations

What do you see can continue strongly in 2014?
This year, the Local Brews will take off, Highend Chef concepts from Michelin star Chef and Celebrity Chefs will be introduced in Manila. This will be the year of the Super Foods where vegetables like Kale, Chia Seeds and Berries will be a hit among foodies. 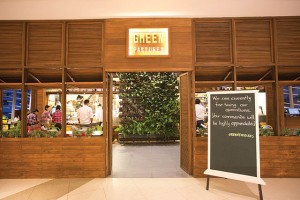 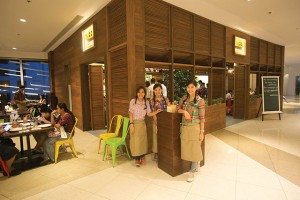 Is there any global eating / food item trend that you think will take Phillippines and the SEA region by storm?
Local Authenticity and Green Restos will be the key theme for this year that you’ll see more in the region. Filipino Food
is about to break out in 2014! 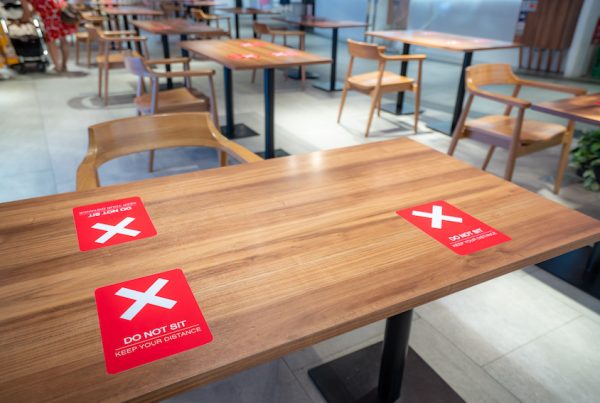 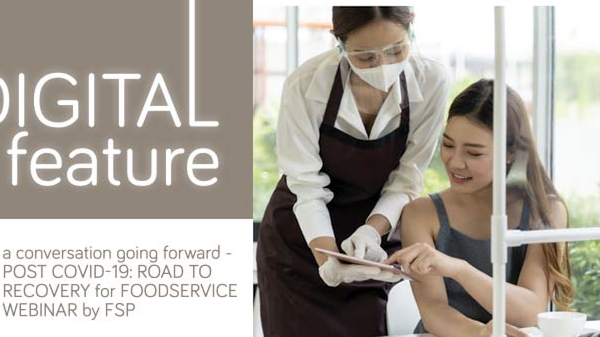