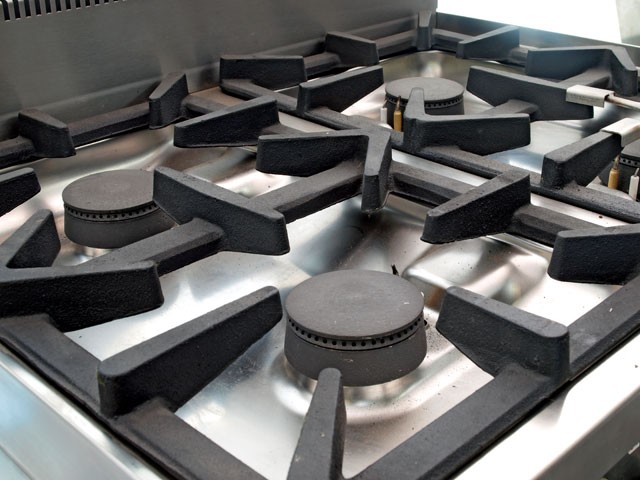 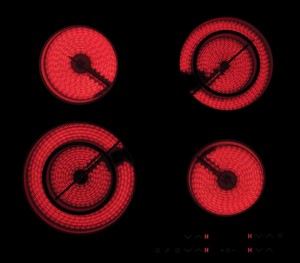 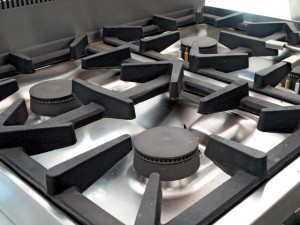 From firewood and coal cooking to liquid petroleum gas stoves to ultra modern electricity cooking such as induction units - this is part and parcel of improving technology. Though you might still find some villages or smaller towns using firewood or coal to cook, the industry have generally moved into the use of liquefied petroleum gas and electricity.

But what should we choose? A simple question but how do we make a decision? Many years ago, the answer would have been simple. LP Gas equipment was common - economical, easily available, familiar to all and accepted by all. Open cooking spaces were abundant and fires over stoves were hardly considered a hazard.

However, it is a very different tune today.

Restaurants are now in high rises, infused into malls and complexes where the restaurant might be sandwiched in between 2 retail shops. The thought of having open fires in between might not be a welcomed plan for many retailers as your insurance might agree. Some mall operators have also imposed very strict control onto your kitchen design.

Manufacturers of kitchen equipment have also introduced electricity into much basic equipment and for some; even the presence of fire is no longer seen. But, food is still being cooked. Though some claim that the “breath of fire” is no longer in the food. (A Chinese cusine chef might agree with that statement). We see more equipment using electricity but there are many who question whether is it expensive to operate. Also, the need to run 3 phase power for some equipment and also the need to ensure that electricity is available all the time.

So what do we choose? Unless you are in a mall that restricts the use of LPG - the pro and cons below might be useful before you make that decision. 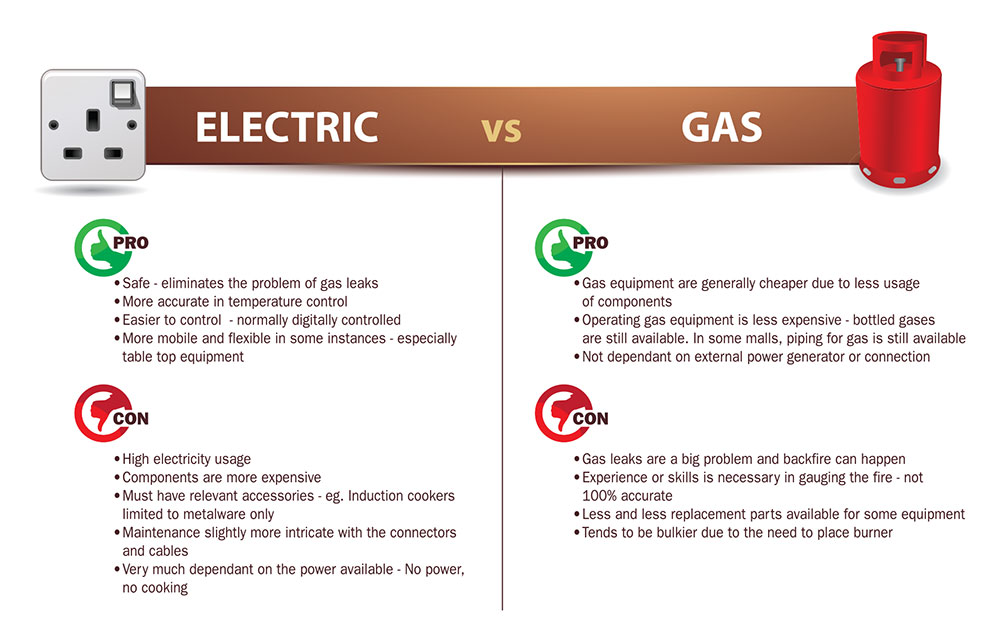